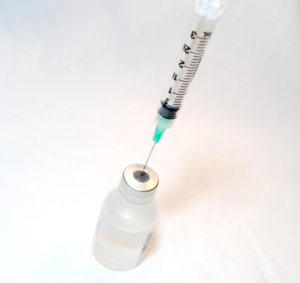 A class action vaccine-injury lawsuit, would pose a serious financial and political threat

The discovery process of such a lawsuit, would undoubtedly uncover documents in company and government files; documents that would likely reveal safety hazards concealed from the public; they might, possibly, reveal the risk of autism for some children. In fact, GSK, whose MMR vaccine was selected by the UK government, has a long record of deceptive practices. [See Appendix 8] Indeed, GSK‘s internal documents have confirmed that company officials had concealed most severe risks of GSK products. For example, GSK concealed the increased suicide risk of its antidepressant, Seroxat (Paxil). More recently, GSK concealed the risk of sudden infant death following vaccination with Infanrix Hexa vaccine.[73]

A class action lawsuit, thus posed a serious threat to vaccine stakeholders; the evidence that would be uncovered would likely undermine public trust in vaccines, and in government officials, who denied the risks, while colluding with pharmaceutical executives to conceal the evidence of harm from the public. Any suggestion that casts doubt about the safety of a vaccine could result in a reduction in the number of children vaccinated; thereby decreasing profits and threatening the government policy built on the “herd immunity” model.

In a 2000 editorial,[74] Dr. Tom Jefferson articulated the concern of vaccine stakeholders who feared the prospect of a legal action:

“The impact on parents of a perceived causal link with a chronic disease that could threaten the life and wellbeing of their children is understandably great. Inevitably, in a proportion of cases the worry and emotion spills over into a threat of legal action against governments, manufacturers or individuals. This has the effect of taking the matter outside the scientific and healthcare arena and into the realm of the judiciary.”

The real issue that generated such hostility to the Wakefield study was the financial threat that it posed:

The pharmaceutical industry exerts inordinate control over both scientific journals and mass channels of communication. Scientists and investigative reporters have been intimidated into silence on the issue of vaccines.[75],[76] When Dr. Wakefield suggested that it might be safer to split the triple MMR vaccine into separate vaccines, he stepped on the Third Rail of medicine. That suggestion posed a financial threat to vaccine manufacturers’ future marketing plan that could not be ignored. His suggestion threatened not only the MMR[77] but other combined multi-valent vaccines — i.e., pentavalent, hexavalent, heptavalent – in the pipeline.

The pharmaceutical industry’s interest in promoting multi-valent vaccine products has numerous financial benefits such as, increased profits for higher priced multi-vaccine products, the means for limiting – actually denying – the ability to choose one vaccine over another; multi-valent vaccines facilitate mandatory vaccination policies. A consortium of vaccine stakeholders launched an orchestrated, sensationalized, and unrelenting campaign to demonize Andrew Wakefield, in order to protect their financial interests. [See details in Appendix 9]

The Wakefield controversy intensified the debate about vaccine safety on both sides of the Atlantic, in Australia and New Zealand. Legitimate questions were raised about the validity of the scientific evidence cited by public health officials and academics, who defend vaccination policies, assuring doctors and the public that the MMR vaccine – indeed, all vaccines in the childhood vaccination schedules – have been tested and proven safe.