The BMJ imprimatur was needed to focus on Andrew Wakefield and convince the medical community and the public that his research had no scientific merit, that he committed fraud, that he posed a danger to public health, and that he had created a “MMR scare” to enrich himself. The strategy served to avert attention from the far-reaching, consequential scientific fraud committed not only by Poul Thorsen, but by CDC-commissioned Danish scientists in collusion with CDC’s own scientists.

In 2010, Aarhus University, the center for CDC-sponsored Danish epidemiology studies whose CDC grants were administered by Dr. Poul Thorsen, uncovered a $2 million “shortfall”. Thorsen was the leading CDC-commissioned scientist, the Master Manipulator[153] who authored the “definitive” Danish epidemiological studies that were crafted and manipulated to exonerate the mercury additive, Thimerosal in vaccines, as not triggering autism. An investigation by CDC confirmed that financial documents had been forged.

“Criminal investigations now ongoing in Denmark reveal key ‘independent’ studies, purportedly showing mercury does not cause autism, were, in some cases, financially and ethically compromised by our own national health agencies. For example, the CDC assisted in the design, data manipulation, review and publication of these studies. The resulting and seemingly biased epidemiological studies cannot prove safety or establish the current levels of mercury in vaccines as “safe.” Moreover, the original datasets have been “lost” or withheld from independent review so that even the published findings cannot be confirmed, much less properly reviewed.”

As copiously documented in Appendix 9, the duplicity of public health officials is also revealed in transcripts of closed-door meetings such as: the Epidemic Intelligence Service, the UK Joint Committee on Vaccination and Immunisation, the Institute of Medicine Committee on Immunization Safety Review, a confidential report by GlaxoSmithKline submitted to the European Medicines Association.

CDC officials launched multiple international vaccine consortiums composed of manufacturers and other stakeholders in government and academia, to counteract the Wakefield impact and to prevent other scientists whose research findings threaten vaccination policy from gaining public traction. 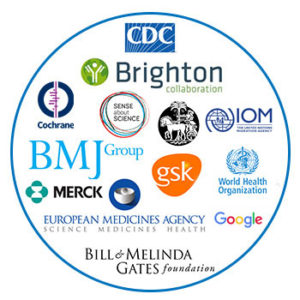 They systematically conceal serious adverse effects following vaccination by re-defining what constitutes a vaccine-related adverse effect, and they tightly control the content and flow of information about vaccine safety.

Medical journals maintain a wall of silence RE: evidence of fraud by CDC & its commissioned scientists

Nowhere is this control of information regarding vaccine science better demonstrated than the wall of silence maintained by academia and its medical journals. They averted their gaze from Poul Thorsen’s crimes and failed to retract – or even to examine – the studies whose findings were manipulated by illegitimate methods – as documented in internal correspondence between CDC officials and Danish-commissioned researchers. Instead, the editor-in-chief- of a respected medical journal was enlisted to lead the charge of a delegitimizing campaign against Andrew Wakefield.

The editorial was signed by the editor-in-chief, the deputy editor, and the associate editor who was also the syndications editor for BMJ Publishing Group. They pronounced Dr. Wakefield guilty of “scientific fraud” without evidence of a single specific example of an altered fact or deception to meet the definition of scientific fraud. No instance of Dr. Wakefield having “fabricated data” or “falsified or altered records” was ever presented as evidence. Such charges were not made by the GMC, for lack of evidence. BMJ Editor-in-chief, Dr. Godlee lent credence to the defamatory charges in Murdoch’s Sunday Times.

The BMJ pronouncement of fraud was made on the mere say-so of a freelance reporter hired by a Murdoch editor to provide “something big on “MMR.”

“Deer shows how Wakefield altered numerous facts about the patients’ medical histories…
Deer unearthed clear evidence of falsification. He found that not one of the 12 cases recorded in the 1998 Lancet Paper was free of misrepresentation or undisclosed alteration, and that in no single case could the medical records be fully reconciled with the descriptions, diagnoses or histories published in the journal.

Deer compared these with what was published in the Lancet. He found that their data had been substantially misrepresented in order to give the result Wakefield needed.