To disqualify the scientific merit of the Lancet study;

To convince the medical community that Dr. Wakefield must be shunned;

To demonize Andrew Wakefield as a pariah;

To “close the door ” by delegitimizing that entire avenue of research;

To discourage public debate about the safety of national vaccination policy;

To accomplish these goals, Dr. Godlee, became the executioner-in-chief of a malicious smear campaign. In her zeal, she upbraided the Lancet editor for “leaving the door open for those who want to continue to believe that the science, flawed though it always was, still stands. We hope that declaring the paper a fraud will close that door for good.”9

Lacking a shred of evidence, Dr. Godlee staked her reputation by making a litany of unsubstantiated assertions of “fraud” based on allegations by Brian Deer, her trusted “authority”. 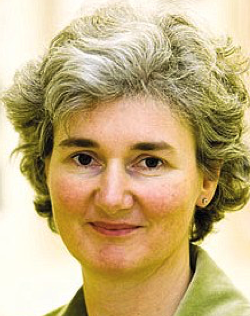 Deer misattributed the determination of the children’s diagnoses to Andrew Wakefield and no one else – as if Dr. Wakefield had operated as a lone wolf. Those allegations were refuted by the documented evidence and testimonies presented to the GMC. In fact, Professor Walker-Smith, the senior clinician and author was fully responsible for all clinical aspects and jointly in charge of the scientific investigation throughout the entire study and its publication. Professor Walker-Smith was not duped by Dr. Wakefield.

The determination of each child’s diagnosis was made on the basis of expert clinical judgment and evaluation by a collaborative team of physicians. The evidence and testimonies were provided by numerous specialists – both from the Royal Free Hospital and independent experts – and the evidence was adjudicated by the High Court and determined to be factually true and persuasive. The High Court overturned the baseless GMC verdicts of professional misconduct for lack of evidence.30 The charge of fraud against Andrew Wakefield was fabricated.

None of the co-authors of the Lancet paper had ever disputed the accuracy of the published data.

They disavowed Dr. Wakefield’s public statements suggesting the polyvalent MMR may be to blame for the children’s autism and bowel disease, and his recommendation of using the mono-valent measles vaccine until the safety of the MMR is demonstrated by evidence.

By twisting the facts, misconstruing the assessments of the expert histopathologists’ testimony confirming the accuracy of the reported children’s diagnoses in the Lancet, and by ignoring the authors’ testimonies and correspondence, she invented an absurd scenario; she turned the blinded tissue assessment – which was added to ensure against bias – into an accusation. The Deer/ Godlee misrepresentations of the records were refuted by Dr. Susan Davies[155] and Dr. Amar Dhillon, [156] the pathologists who co-authored the paper, who submitted letters to the BMJ editor.

The Lancet paper explicitly indicated (at the foot of Table 1) that the final histopathologists’ assessment of the children’s biopsy tissues was blinded to ensure against bias. How, then, does one explain Dr. Godlee’s gross misrepresentations in her infamous editorial in which she twisted an appropriate blinded biopsy tissue review into a crime?

“[Wakefield’s] coauthors seem to have been unaware of what he was doing under the cover of their names and reputations. As the GMC panel heard, they did not even know which child was which in the paper’s patient anonymised text and tables.”

Another of Dr. Godlee’s farfetched assertions was that the GMC didn’t include the charge of fraud due to time limitations:

“although the scale of the GMC’s 217 day hearing precluded additional charges focused directly on the fraud, the panel found him guilty of dishonesty concerning the study’s admissions criteria, its funding by the Legal Aid Board, and his statements about it afterwards.…. ”

All of these assertions are belied by the fact that the GMC investigation was protracted over a three-year period followed by hearings spread over another three years. The GMC did not charge any of the doctors with “fraud” because it could not find any evidence whatsoever.