The GMC first appointed Professor Dennis McDevitt, a clinical pharmacologist, to chair the fitness to practice (FTP) panel that would judge Dr. Wakefield and his co-defendants, notwithstanding his copious financial ties to pharmaceutical companies, including the manufacturer of the MMR, and his membership on the sub-committee of the Joint Committee on Vaccination and Immunization (JCVI) panel, ARVI (Adverse Reactions to Vaccines). Both ARVI and JCVI had approved the Urabe containing MMR vaccine Pluserix – despite evidence of it causing meningitis.[53] Prof. McDevitt was forced to step down, following the exposure of his copious conflicts of interest, by the news magazine, Private Eye.[54] 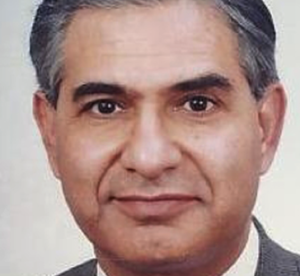 The principal expert witness for the GMC was Sir Michael Rutter, a Professor of developmental psychopathology, at the Institute of Psychiatry, Kings College and the Maudsley Hospital.[55] Professor Rutter testified that Dr. Wakefield had a duty to disclose his role as expert witness in MMR litigation. However, Prof. Rutter concealed from the panel his own role on behalf of GlaxoSmithKline as a highly paid expert, who had prepared a draft report, in preparation for the MMR litigation in the UK. 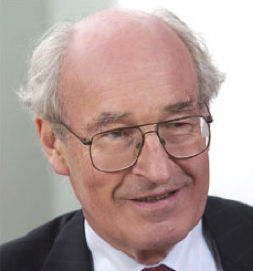 Prof. Rutter also concealed those conflicts of interest in his published articles, in which he denied an association between MMR and autism.[56] And in 2007, Dr. Rutter testified on behalf of the US government, in the Omnibus Autism Proceeding, against efforts to obtain compensation for more than 5,500 autistic children.[57] Dr. Rutter also testified that the dramatic increase in the prevalence of autism, was not real. [Extensive, overriding financial conflicts of interest are discussed in section 24]

The GMC case was built on a central false premise; namely, that the Lancet clinical observation study, was commissioned by the Dawbarns law firm, paid for by the Legal Aid Board (LAB),[58] and conducted under Project 172-96, to support a lawsuit. The GMC panel conflated two different studies. The study that Dr. Wakefield, Dr. Murch, and Professor Walker-Smith were accused of performing had been approved, and was slated to be conducted AFTER the Lancet pilot study. However, as was adjudicated by the High Court, the Lancet observational case series was NOT Project 172-96:

“None of the children fitted the hypothesis to be tested under Project 172-96, in that none of them had both received a single or double vaccine. Project 172-96 was never undertaken.” [HC 19; 138]

Throughout the 3 years of its investigation, and another 3 years of hearing testimony, the GMC panel disregarded the testimonies and evidence, refuting the premise that the Lancet case series was commissioned by LAB. The panel continued to conflate two studies, because all the other significant charges were constructed on the basis of that central false assumption. Indeed, all the other charges about the nature and purpose of Dr. Wakefield’s research, and the case against him collapses, hang on this false premise.

The gastroenterological unit of the Royal Free Hospital had a large number of medical specialists, who were involved in the diagnostic assessment of the Lancet children. The battery of diagnostic tests and tissue analyses involved expert pediatric gastroenterologists and pathologists. Dr. Susan Davies, the Consultant Histopathologist at the Royal Free (1992 – 2002) was responsible for preparing and presenting all tissue samples of the Lancet children (and tissue samples of many others who were treated at the Royal Free gastroenterologist unit). She testified that the determination of each child’s diagnosis was made on the basis of expert clinical judgment and evaluation by a collaborative team of physicians.149

Only three of the senior doctors, who co-authored the Lancet study, were tried by the GMC, in accordance with the complaint filed by Brian Deer, in which he accused the three doctors. GMC found all three guilty: Dr. Wakefield and Professor Walker-Smith were erased from the medical registry, losing their license to practice, whereas Dr. Murch kept his license, having accepted the panel’s “insight.” [“Insight”, referred to Dr. Murch having stated that he “very strongly, indeed, vigorously” supported the continued use of MMR.]

At least two eyewitnesses to the lengthy GMC FTP hearings (from July 2007 to January 28, 2010) described it as, “a political show trial for the vaccine industry.”[59] No parent of any of the Lancet children, who the GMC alleged were victimized by the accused doctors, had made any complaint. In fact, they expressed support for the doctors. Defense lawyers, however, decided to call no parent as a witness fearing that a particularly hostile prosecution would deal harshly with any parents who testified. An open letter in support of the 3 accused doctors, signed by parents of 8 of the 12 Lancet children states:

“Many of us had been to several other doctors in our quest to get help for our children but not until we saw Professor Walker-Smith and his colleagues were full investigations undertaken. Throughout our children’s care at the Royal Free Hospital we were kept fully informed about the investigations recommended and the treatment plans which evolved. All of the investigations were carried out without distress to our children, many of whom made great improvements on treatment so that for the first time in years they were finally pain free.” (2010)

Following the GMC guilty verdict[60] the Lancet retracted the paper based on two GMC “findings”: “the claims in the original paper that children were “consecutively referred, and that the investigations were “approved” by the local ethics committee.”

Professor Walker-Smith appealed the GMC verdict to the High Court; the cost of the appeal was paid by the Medical Protection Society (MPS). MPS, however, refused to cover the fees for Dr. Wakefield who, at the time was unable to meet the prohibitive cost of mounting such an appeal as an individual.

– When the GMC verdicts were subjected to a genuine forensic judicial review (2012), the fatal flaws and lack of substantiating evidence were exposed, and the verdicts were overturned.

A commentary by Sir Iain Chalmers titled “Skilled Forensic Capacity Needed To Investigate Allegations Of Research Fraud” (2011) provides a cautionary tale about another case of false allegations of research fraud and an unfounded guilty verdict by the GMC.[61] Had Dr. Godlee, or her fact-checkers, bothered to honestly examine both sides of the evidence, and testimonies in the GMC transcripts – before making the outrageous, unsubstantiated charge of fraud – she would have likely stopped short. GMC’s failure to build an evidence-based case, even after a protracted 6 years of investigation and hearings, suggests that the guilty verdicts were likely predetermined.[62] This is further suggested by the fact that:

“Deer unearthed clear evidence of falsification. He found that not one of the 12 cases reported in the 1998 Lancet paper was free of misrepresentation or undisclosed alteration, and that in no single case could the medical records be fully reconciled with the descriptions, diagnoses, or histories published in the journal.”