16. Dr. Godlee argued against a GMC FTP prosecution in an editorial in 2006 In 2005 and 2006, a series of articles appeared in the media calling for the suspension of the imminent GMC prosecution of Dr. Wakefield and colleagues.[143] For example, Dr. Ben Goldacre wrote an article in The Guardian (2005) for which he won an award by the Association of British Science Writers, in which he stated:

“The paper always was and still remains a perfectly good small case series report, but it was systematically misrepresented as being more than that, by media that are incapable of interpreting and reporting scientific data.” (“Don’t Dumb Me Down”)

Dr. Godlee’s editorial3 was among these; she argued that prosecuting Wakefield for misconduct would be “doomed and dangerous” because it would expose the reality, that “so much research is flawed.”

“plans to pursue Wakefield for misconduct through the General Medical Council seem doomed and dangerous. Doomed if the main charge is publishing flawed research because that would set an impossible precedent. So much research is flawed, the GMC would be overwhelmed. Dangerous because, even if successful, the case would refuel the controversy and present Wakefield’s supporters with a platform.

Part of the problem is the perception that no one in an official position has taken seriously the concerns of families who believe their children have been damaged by the vaccine. The denial that the vaccine has caused the damage [sic] doesn’t sound very sympathetic and leaves Wakefield with a monopoly on taking these concerns seriously.”

In another editorial “The GMC: Out of Its Depth? Dr. Godlee lamented the fact that the GMC was itself shown to be unfit to rule on fitness to practice:

“the GMC currently seems overwhelmed by the turning tide of public opinion, with its leadership out of its depth and lacks the wisdom needed to navigate its way through. That the president of the GMC, Sir Graeme Catto, did not resign after Janet Smith delivered her damning report last year was a surprise to many.” (2005) 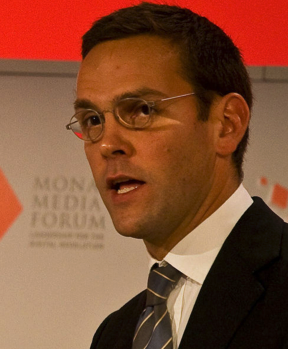 Defamatory anti-Wakefield attacks escalate in both the Sunday Times & The Times of London (2009)
In 2007, Murdoch’s son James took over the reins of News Corporation,[144] and in 2009 he joined GSK’s board of directors with high praise from its chairman:[145] “He will also be an excellent addition to the board’s corporate responsibility committee, an area where he has shown particular leadership at BSkyB and News Corporation.” Two weeks later, News International published a new series of 5 defamatory articles and editorials that attacked Dr. Wakefield’s integrity. Deer’s slanderous allegations of “fixed [falsified] data,” in the Sunday Times[146]were supplemented by a series of scurrilous articles in The Times [147] in which Dr. Wakefield was accused of being “callous, unethical and dishonest.”

A commentary in the Australian National Review (2015) noted that:

“The strong connection between the Murdoch family and the pharmaceutical industry fuelled the fabrication of lies against Wakefield and hid the dangers of vaccine from the public. From the board of vaccine maker GSK, James Murdoch watched how the researcher’s integrity was shattered and the correlation between MMR vaccine and mental and physiological health problems nullified.”