Public assurances about the safety of drugs ingested by pregnant women, was based on a long held “scientific axiom”; namely, that drugs cannot cross the placenta to cause harm to a developing fetus. This “scientific dogma” was overturned by the reality of thousands of babies born with birth defects caused by thalidomide. [Read, “From the Holocaust to Thalidomide: A Nazi Legacy”]

“Vaccines were once thought of as an axiomatic good, a longed-for salvation in the form of a syringe, banishing crippling and deadly infections like polio, smallpox and tetanus.”[78] 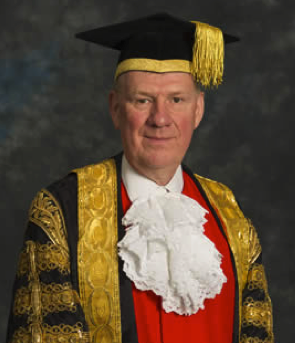 Public trust in the U.S. Public Health Service (PHS) was undermined by the Tuskegee Syphilis experiment (1932 to 1972), followed by the “1976 swine flu fiasco”, when the PHS and CDC declared the H1N1 swine flu an “epidemic”, and declared the strain to be “genetically related to the 1918 flu pandemic, that killed more than 100 million people”. The basis for that flu scare mongering campaign was the detection of H1N1 in one military base (Fort Dix) for less than three weeks, during which 13 soldiers were hospitalized, and one death was attributed to the “swine flu epidemic”.

In the UK, the government launched a National Pandemic Flu Service hotline, as the Chief Medical Officer, Sir Liam Donaldson led a frenzied fearmongering campaign, warning the public that “Swine flu could kill 65,000 in the UK”,[80] and that half of UK’s children might fall ill. In fact, there were 138 deaths attributed to the Swine flu. What is unclear is whether the hastily approved vaccines against swine flu prevented any deaths at all. What is certain is that GSK’s Pandemrix which was given to 30 million Europeans, caused narcolepsy.[81]

“This government-led campaign was widely viewed as a debacle and put an irreparable dent in future public health initiative, as well as negatively influenced the public’s perception of both the flu and the flu shot in this country.”(Public Health Legacy of the1976 Swine Flu Outbreak, 2013)

The failure of the academic and public health medical establishment, to address the mounting empirical evidence, of a spiraling number of children, who each year become afflicted with serious neurodevelopmental disorders – including autism and ADHD – many occur in close proximity to being vaccinated – demonstrates an utter lack of concern for children’s wellbeing. This failure constitutes unprecedented medical negligence.[82] By disregarding empirical evidence of serious harm, public health officials have provided legitimacy, to those who distrust their assurances about the “proven” safety of childhood vaccines, vaccination schedules, and their timing. And that all the vaccines in the schedule are essential, and effective in warding off deadly disease.