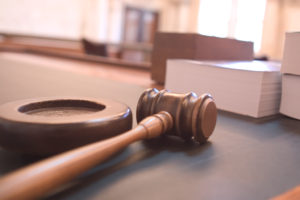 
The High Court decision in the appeal of Professor Walker-Smith covered all of the most serious medical ethics charges that were brought against Professor Walker-Smith, Dr. Wakefield and Dr. Murch – and they were utterly repudiated. Justice Mitting applied forensic methodology to ascertain the credibility, relevance, and truthfulness of the testimonies and the documented evidence. He evaluated ALL the evidence, the testimonies of both sides, and he considered the “broad spectrum of medical opinion” to reach an impartial, reasoned decision. 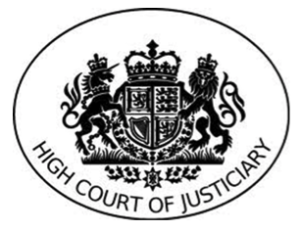 The High Court determined that, the GMC panel’s reasoning that led to the guilty verdicts was, upon examination, shown to be so poor, that the verdicts bore no relation to the evidence. Justice Mitting dismantled, invalidated, and overturned all of the serious GMC charges and verdicts against Professor Walker-Smith for lack of evidence. Those charges and absence of substantiating evidence apply equally to Dr. Wakefield. Indeed, Dr. Wakefield’s name is cited 141 times in this definitive decision; the decision, therefore, has direct relevance to his case.

Justice Mitting determined that the entire GMC process was fatally flawed, and the panel was guilty of:

The following High Court determinations had relevance for the entire team involved in the research led by Dr. Wakefield and Professor Walker-Smith:

“Professor Walker-Smith’s evidence was that [a child’s] condition could not just be explained by constipation – a symptom of an underlying disease rather than a disease. Rectal bleeding and anaemia, of sufficient severity to require his general practitioner to give iron, was untypical of constipation. A colonoscopy would offer the opportunity to demonstrate whether or not there was ongoing “infection” (i.e. inflammation) in the gastrointestinal tract.” [Par. 69]

“Professor Walker-Smith and Dr. Murch gave detailed evidence about the results of the investigation which, in their view, confirmed the presence of bowel inflammation, suggestive of Crohn’s disease. Their evidence was unequivocally supported by Dr. Victor Miller who said that he was “absolutely certain that this child had active disease that required clinical management”.[43]

The High Court affirmed the integrity of the “appropriately amended” diagnosis of each child following the clinical investigations of the study:

“In every case investigations were followed by a discharge letter [ ] which set out a diagnosis of the child’s condition and by a recommendation for treatment. [The discharge notes were appropriately amended. [Par. 68] In some cases, the treatment produced an apparent marked improvement in gastrointestinal symptoms and behavior.” [Par. 19]

“This [Lancet] paper does not bear the meaning put upon it by the panel. The phrase “consecutively referred” means no more than that the children were referred successively [to the Department of Paediatric Gastroenterology], rather than as a single batch. The words did not imply routine referral.”[par. 157]

Justice Mitting assessed the evidence which the GMC panel had rejected without a valid explanation.
He concluded that medical records written by doctors, who have no expertise in diagnosing a complex newly identified syndrome, are “of no significance”; [such] medical records provide [only] an equivocal answer.”

The children had been referred to the pediatric GI department of the Royal Free Hospital by their GP. The children must have had bowel symptoms that perplexed the GP who sought help from GI specialists. Justice Mitting’s determination that medical records of doctors who lack expertise to diagnose a complex newly identified syndrome, are “of no significance,” was validated by a Wake Forest study report:[63]

Of note: The GMC had the opportunity, but chose not to appeal the severe censure by the High Court. The attorney representing the GMC acknowledged that GMC had no additional evidence to substantiate its guilty verdicts. The High Court decision, therefore, became irrevocable. 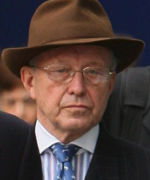 Justice Mitting dissected all the evidence, and found GMC’s verdict of professional misconduct unsustainable, inasmuch as no evidence supported the verdicts. Given the lack of evidence to substantiate misconduct, the charge of “fraud” is rendered preposterous. The High Court decision demolished every aspect of the BMJ editor-in-chief’s case against Dr. Wakefield. Her accusation of “elaborate fraud” and “falsification of records” were fabricated – there was not a shred of evidence to substantiate her accusations.

Dr. Godlee’s unsubstantiated pronouncements of fraud were themselves fraudulent. Her case against Dr. Wakefield rested entirely on Brian Deer’s allegations; the same allegations that were the sole basis for the 2004-2010 GMC proceedings and verdicts that the High Court utterly discredited. Following his exoneration by the High Court, Professor Walker-Smith described the Kafkaesque GMC prosecution in his memoir Enduring Memories (2012), in which he poignantly reflects:

“The central issue for me over all the years from the time the first complaint had been made to the GMC by the journalist, was the following. Who or what was behind the decision ab initio to take his complaint against me so very, very seriously? I pondered the central mystery of the Hearing for me. Was there another influence behind the GMC, an invisible Deus ex machina?” 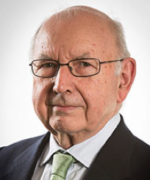 The Deus ex machina lurking in the shadows

As will be demonstrated, a sinister coalition lurking in the shadows (or behind a smokescreen) had indeed framed and orchestrated the Wakefield persecution.

“Before the introduction of MMR vaccine [in 1988], the JCVI gave careful consideration to available information from Finland, Sweden and the USA on the safety, efficacy and efficiency of the vaccine and from trials conducted by the public health laboratory service communicable disease surveillance centre in about 10,000 immunised UK children.”[65]

The statement was false: neither Finland, nor Sweden, nor the U.S. used the Urabe MMR vaccine that the Joint Committee on Vaccination and Immunization (JCVI) selected for children in the UK. The US Centers for Disease Control and Prevention (CDC) chose Merck’s version of the MMR, which did not contain the Urabe strain.[66] The JCVI approved the vaccine containing the Urabe component despite knowledge that it posed the risk for meningitis. JCVI and officials of DoH deceived the British public with reassurances of the MMR safety, while actively concealing the risk.53 Furthermore, the UK government secretly indemnified SKB [GSK] from all liability.[67] [For details uncovered in the JCVI meeting transcripts, see Appendix 2]