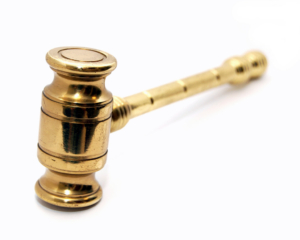 The charges against Dr. Wakefield and his two co-defendants: subjecting vulnerable children to research under the guise of clinical care. The key charges & verdicts were as follows:

(1) “The children described in the Lancet paper were admitted for research purposes under Project 172-96; the purpose of the project was to investigate the postulated new syndrome following vaccination. The Lancet paper failed to state that this was the case, and the Panel concluded that this was dishonest, intentional and irresponsible.” [quoted in High Court Decision, Par. 149]

(2) Children were subjected to invasive tests “that were not clinically indicated” – e.g., spinal taps and endoscopic procedures such as colonoscopies and biopsies – for research purposes under 172-96;

(4) “Some of the children were not routine referrals to the gastroenterology department, in that they lacked a history of reported gastrointestinal symptoms and had been referred for investigation of the role played by the measles vaccination or the MMR vaccination in their developmental disorders.”

(6)  The GMC justification for its verdicts: “The Panel has heard that ethical approval had been sought and granted for other trials and it has been specifically suggested that Project 172-96 was never undertaken and that in fact, the Lancet 12 children’s investigations were clinically indicated and the research parts of those clinically justified investigations were covered by Project 162-95. In the light of all the available evidence, the Panel rejected this proposition.”

“blood to be taken from a group of children for research purposes at a birthday party, which the Panel found to be an inappropriate social setting.  He behaved unethically in failing to seek Ethics Committee approval; he showed callous disregard for any distress or pain the children might suffer, and he paid the children £5 reward for giving their blood.  He then described the episode in humorous terms at a public presentation.”

One blood sample was taken from these developmentally normal, healthy children for research purposes, to serve as controls, for comparison with autistic children with bowel disease. Each of the parents had been contacted prior to the party; they were fully informed, and each gave permission (some of the parents were medical doctors). The children had agreed to give blood – including two of Dr. Wakefield’s own children.[50] For the children the setting, a private side room within a familiar sports center, was not strange or intimidating.

The blood was taken by a qualified, experienced medical professional, not Dr. Wakefield; the equipment used was appropriate, sterile and the type commonly used. The children were not put in harm’s way, nor were they exploited. According to testimony, they did not suffer any pain, nor did any child become distressed. The children were likely proud to be contributing to medical science. At the end of the party the children were surprised to receive £5 as a thank you gesture.[51] [Of note: most healthy research volunteers receive monetary compensation for their participation.]

As for Dr. Wakefield’s failure to obtain approval from the Research Ethics Committee (REC) for the taking of blood from these children: first, according to the National Research Ethics Service, “Not all research conducted within the UK requires approval from an NHS REC”.[52] Dr. Wakefield testified that it was his “understanding at that time was that such approval was not necessary unless the subjects of the research were National Health Service patients. Accordingly, as he put it, the question of Ethics Committee approval never crossed his mind”.51 The issue was confounded, however, by Dr. Wakefield’s videotaped satiric presentation at a conference of parents and professionals. The GMC panel took his fictional parody to be an accurate description of the actual event. Had anything like his simulated portrayal occurred, parents would surely have complained; none complained.

On Day 197, GMC issued this statement: “The Panel wish to make it clear that this case is not concerned with whether there is or might be any link between the MMR vaccination and autism.”[GMC Transcript]