When presented with Deer’s allegations, the three senior authors, and another author, refuted the allegations in letters published by The Lancet in 2004. The letters were accompanied by a Statement by the editors of the Lancet following their review, which found no substance to Deer’s allegation, save the “perception of a possible conflict of interest by Dr. Wakefield”. However, Dr. Horton’s subsequent actions would indicate that he had likely come under pressure from his publisher (and/or others), for having published the “heretical” Wakefield et al. article.

The CEO of the publisher / owner of The Lancet, Reed-Elsevier, was Sir Crispin Davis who was also a board member of GSK, manufacturer of the MMR vaccine; the vaccine used in the UK. So, on the Friday before the first of Deer’s Sunday Times articles was published, Dr. Horton appeared on the BBC evening news stating:

“If we knew then what we know now we certainly would not have published the part of the paper which related to MMR, although I do believe there was and remains validity to the connection between bowel disease and autism.”[129] 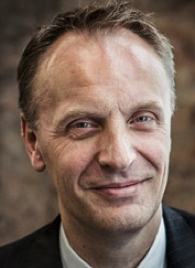 This declaration by Dr. Horton and his follow-up statements claiming that there was “a fatal conflict of interest“, and the research was “fatally flawed“, ignited a media explosion just before Deer’s Sunday Times article appeared. Whether intentional or not, Dr. Horton lent credibility to Deer’s allegations of concealed conflicts of interest. The day after Deer’s initial article in the Sunday Times was published (Feb. 22, 2004)[130] officials at the highest level of government; the Chief Medical Officer of England, Sir Liam Donaldson and the British Prime Minister, Tony Blair repeated Deer’s allegations:

“There is absolutely no evidence to support this link between MMR and autism. If there was, I can assure you that any government would be looking at it and trying to act on it. I hope, now that people see that the situation is somewhat different to what they were led to believe, they will have the triple jab because it is important to do it.” [131] (Tony Blair)

“If the paper had never been published, then we would not have had the controversy and we wouldn’t have had the seed of doubt sown in parents’ minds which has caused a completely false loss of confidence in a vaccine that has saved millions of children’s lives.”131(Donaldson) 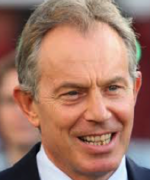 The message issued by the chief UK Medical Officer, sent a warning to medical journal editors

It signified to editors not to publish articles that raise “the seed of doubt” about vaccine safety. Health Secretary, Dr. John Reid, called upon the GMC to hold an inquiry “as a matter of urgency.”[132]

In his book, MMR: Science and Fiction (2004)[133] Dr. Horton presents an alternative (fictional) narrative to support his BBC statement claiming ignorance about Dr. Wakefield’s work on behalf of the Legal Aid Board, until it was brought to his attention in 2004. Dr. Horton appeared as an important witness for the prosecution at the GMC hearings in 2007, and reiterated in his sworn testimony, his ignorance about Dr. Wakefield’s involvement in a legal challenge. However, his 1997 correspondence – a year prior to the 1998 article – with the solicitor Richard Barr, who was scheduled to argue the case. And in 1998, the Lancet published a letter181 by Dr. Wakefield in which he acknowledges his collaboration with the LAB. These documents refute Dr. Horton’s claimed ignorance.

Dr. Horton describes his behind the scene interaction with an unnamed “medical regulator” at a dinner he attended (on February 23, 2004) at which they discussed: “possible lines of investigation” for the GMC to pursue in developing the Wakefield case. He noted that:

“the GMC had not a clue how to begin… As we talked over coffee while the other dinner guests were departing, he [the medical regulator] scribbled down some possible lines of investigation, and passed me his card, suggesting that I contact him directly if anything sprang to mind. He seemed keen to pursue Wakefield, especially given ministerial interest. Here was professionally led regulation of doctors in action – notes exchanged over liqueurs in a beautifully panelled room of one of medicine’s most venerable institutions (p7-8) 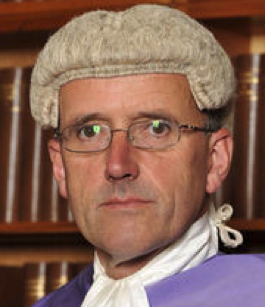 Five days after the Sunday Times ran the first of Deer’s Murdoch-commissioned articles (February 22, 2004), and months before the MMR case against GSK was to be tried, Justice Nigel Davis presided over a crucial secret hearing, in which he denied an appeal by parents seeking reinstatement of government funds for legal action on behalf of 2,000 disabled children who suffered harm, allegedly following MMR vaccination.[134] His secret decision (which remains unpublished) effectively shut the door on the possibility of a lawsuit against vaccine manufacturers in the UK. As noted above, in the US, although most applications for compensation for vaccine injury were rejected by the special court of the NVICP – in particular, those that claimed autism as the injury – thousands of children have been compensated, primarily for encephalitis or seizure disorders.[135]

Underscoring the interconnected relationships among the powerful stakeholders with a vested interest in vaccines, Justice Davis is the brother of Sir Crispin Davis. A complaint to the Judiciary Conduct Investigations Office about this conflict of interest, elicited a judiciary press statement: “the possibility of any conflict of interest arising from his [Justice Davis] brother’s position did not occur to him.”[136] In June 2004, Crispin Davis was knighted by the Tony Blair government. [Pervasive institutional conflicts of interest in L’Affaire Wakefield, are discussed in section 23]

If you were seeking “Immunization Information” on the official government National Health Services (NHS) website in 2004 and 2006, you would have been referred to Brian Deer’s personal website for “the facts that parents weren’t told about the MMR scare.” “The facts” were mere allegations under investigation. Such a public endorsement of Deer as the source of reliable information about “the MMR scare” by the NHS, suggests close collaboration between government officials who sought to provide the appearance of credibility to Deer and his Sunday Times articles.