The Lancet study was published as an “Early Report.” [34] It was presented as an observational case series of twelve children; it suggested a link between the children’s gastrointestinal disorder and developmental regression. The thirteen co-authors of the report were members of the Royal Free Hospital’s Inflammatory Bowel Disease Study Group. The tentative conclusion stated:

“We identified associated gastrointestinal disease and developmental regression in a group of previously normal children, which was generally associated in time with possible environmental triggers… Onset of behavioural symptoms was associated, by the parents, with measles, mumps, and rubella vaccination in eight of the 12 children, with measles infection in one child, and otitis media in another.”

An addendum states: “Up to Jan 28, a further 40 patients have been assessed; 39 with the syndrome.” The Lancet article explicitly stated that the study did not prove a link between the MMR vaccine and autism; it called for further research:

“We did not prove an association between measles, mumps, and rubella vaccine and the syndrome described. Virological studies are underway that may help to resolve this issue…We have identified a chronic enterocolitis in children that may be related to neuropsychiatric dysfunction. In most cases, onset of symptoms was after measles, mumps, and rubella immunization. Further investigations are needed to examine this syndrome and its possible relation to this vaccine.” 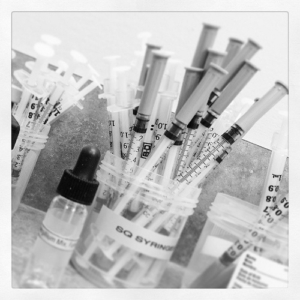 Some have been critical of the study for failing to conform to the scientific standards of a controlled clinical trial. But the authors never claimed it was a randomized clinical trial; it was a case series. “It wasn’t supposed to be “a scientific sample” or a statistical measure of anything.”[35] In December 1996 (fourteen months prior to publication of the Lancet article) Professor Walker-Smith gave a presentation at the Wellcome Trust before an international scientific meeting, titled, “Entero-colitis and Disintegrative Disorder Following MMR – A Review of the First Seven Cases.”[36] He reported the: “preliminary details concerning seven children, all boys, who appear to have entero-colitis and disintegrative disorder, probably autism, following MMR.” These 7 children, the High Court confirmed, were part of the Lancet group.

Others have criticized Dr. Wakefield for “making inductive statements on the basis of 12 cases.”
Viewed from a non-contentious historical perspective, this study is an example of how scientists identify a new condition based on a small number of patients. For example, Dr. Leo Kanner was the first scientist to identify the condition of “early infantile autism” in 1943. The basis for this identification was his case series involving 11 children.[37] And Dr. Hans Asperger’s paper (1944) described 4 cases of “autistic psychopathy” which laid the foundation for the recognition of Asperger’s syndrome.[38] These small studies are considered seminal works. More recently, a paper in a journal published by the BMJ Group (2004)[39] described findings of cerebral changes in 9 infants who underwent diffusion tensor imaging.

If initial (necessarily small) studies were to be disqualified, the door to new discoveries and medical progress would be shut off. Large-scale epidemiological studies reveal broad trends and correlations, but they cannot prove that a specific risk factor causes, or does not cause the disease being studied. Furthermore, the prohibitive cost of large studies limits such studies to those sponsored by government and large healthcare providers.