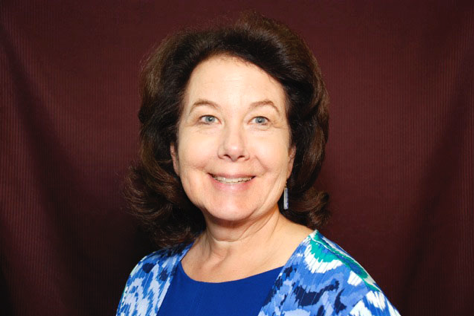 Elizabeth Mumper, MD, FAAP, IFMCP is a practicing pediatrician and President and CEO of the Rimland Center in Lynchburg, VA which was established to mentor clinicians in the treatment of children with neurodevelopmental problems. Dr. Mumper is certified as a pediatrician by both the American Board of Pediatrics and the Institute of Functional Medicine (IFM), and she is a Fellow of the American Academy of Pediatrics (FAAP).

Dr. Mumper spent five years in practice at F Read Hopkins Pediatrics in Lynchburg; she served as the Director of Pediatric Education at the Lynchburg Family Practice Residency Program for over a decade. She served as the Medical Director of the Autism Research Institute for five years. Dr. Mumper serves on the faculty of the Medical Academy of Special Needs and has conducted training at the Autism Research Institute. She was the State Medical Advisor to the National Autism Association, and a Board Member of the Virginia Medical Services Organization.

Dr. Mumper is an active educator and mentor who has teaches physicians around the world about the medical problems affecting children with autism and related disorders. She has organized clinician’s training series for physician assistants, nursing students, and medical students. Dr. Mumper has organized numerous conferences, and think tanks focused on improving the care and treatment of children with special needs. Her teaching and speaking engagements have taken her around the world. Dr. Mumper feels privileged to mentor physicians around the world. Her lecture tours on behalf of children with autism have taken her to Australia (eight years in a row), the Czech Republic, Denmark, Hong Kong, Italy, Japan, New Zealand, Norway, Poland, Sweden, Switzerland, Thailand, and the United Kingdom. Dr. Mumper’s current research projects focus on vaccination status and chronic disease in an integrative pediatric practice.

She has served as National-Co-Chair of Defeat Autism Now! — both in the U.S. and in Europe. Dr. Mumper is also an active legal consultant and expert witness; some of these cases involved vaccines that have exacerbated medical problems in a sub-set of children with autism.

Dr. Mumper has been honored with numerous awards over the years, including being named a Miracle Maker in Central Virginia in 1996 by the Children’s Miracle Network and Woman of the Year in Health and Sciences in 1998 by the YWCA, and thrice received the Inspiring Change Award in Australia in 2009, 2013, and 2019. She was privileged to accept a national award for corporate public service at the National Press Club in Washington on behalf of the Bike Helmet Safety Campaign which she co-chaired.

Dr. Mumper has conducted clinical research at the Rimland Center and published her findings in peer reviewed journal articles. She has written book chapters about allergy, immunology and behavioral and developmental pediatrics published in Pediatrics, part of a board review series for medical students published by Lippincott, Williams & Wilkins.  Dr. Mumper served as a reviewer for the Journal of Translational Medicine and the Journal of the American College of Physicians and Surgeons. Her scholarly publications include: