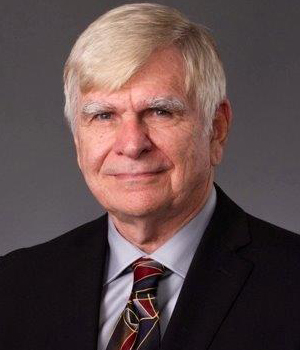 of Molecular Pathology, the Institute for Molecular Medicine in Huntington Beach, California. He is Conjoint Emeritus Professor, Faculty of Science and Technology, University of Newcastle, Australia. Dr. Nicolson’s areas of research: Clinical Chemistry, Cancer, Geriatrics and Infectious Diseases. Their current projects are ‘Membrane Lipid Replacement for chronic illnesses and cancer’, membrane structure and chronic infections, such as Mycoplasma. Dr. Nicolson is Professor Emeritus whose scientific career includes: The Salk Institute, where he was Chairman of the Department of Cancer Biology; the University of California-Irvine where he was Professor in the Department of Developmental and Cell Biology; University of Texas Health Science Center where he was Professor of the Graduate School of Biomedical Sciences, simultaneously and Chair of cancer research, UT MD Anderson Cancer Center (1980-1996). 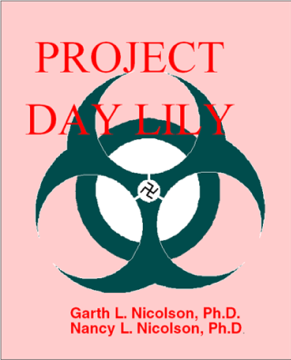 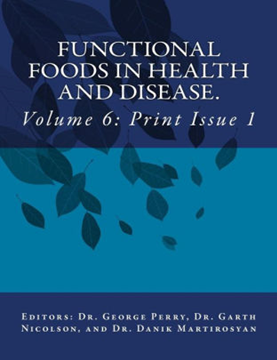 He has published over 600 medical and scientific peer-reviewed papers, edited over 14 books, and served on the editorial boards of 28 medical and scientific journals. He has been the editor of the Journal of Clinical and Experimental Metastasis, and the Journal of Cellular Biochemistry; he is the Editor-in-Chief of The Journal of Functional Foods in Health and Disease, a peer-reviewed, open access journal, and has served Associate Editor and on editorial boards of the major cancer and molecular biology research journals, including: Oncology Research, International Journal of Cancer, Experimental Cell Biology, Invasion & Metastasis, Medical Veritas, Oncology Research, Open Tropical Medicine Reviews, Journal of Chronic Fatigue Syndrome, Open Journal of Tropical Medicine.

Dr. Nicholson has earned a string of national and international awards, including the Albert Schweitzer Award, Burroughs Wellcome Medal, Royal Society of Medicine Foundation, London, U.S. National Cancer Institute U.S.S.R. Scientist Exchange Award, and he was a Nobel Prize Nominee. In addition to his publications, he has given Congressional and Presidential Commission testimony, including those dealing with Gulf War Chemical and Biological Incidents. He is a Colonel (Honorary) of the U. S. Army Special Forces and a U. S. Navy SEAL (Honorary) for his work on Armed Forces and veterans’ illnesses.

Dr. Nicholson investigated over 1000 cases of Gulf War syndrome –a debilitating disease in which a cluster of medically chronic disabling symptoms including: fatigue, headaches, joint pain, indigestion, insomnia, dizziness, respiratory disorders, and memory problems. This disease continues to affect thousands of military personnel which, according to the Veterans Administration, are “Medically Unexplained Illnesses.” The veterans of the first Gulf War in 1991 had received 20 to 30 vaccines within a two to three day period. Dr. Nicholson warned that: “It is very immunosuppressive to give all those vaccinations in a short period of time. It makes people very susceptible to super infections or to being infected by a contaminant in the vaccine.”

Project Day Lilly: An American Biological Warfare Tragedy (2005) was written by Dr. Nicholson and his wife Nancy Nicholson, PhD. The subject matter is the authors’ investigation into the secret, illegal biological weapons experiments conducted by rogue scientists and physicians under military and pharmaceutical company contracts in Texas hospitals, nursing homes, and prisons.

Dr. Nicholson’s body of work is detailed at the website of the Institute for Molecular Medicine: http://www.immed.org/.