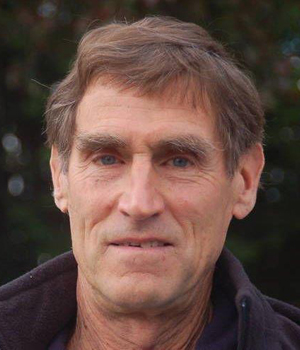 Sandy Reider. MD is a graduate of Harvard Medical School; he completed his medical internship at the Medical Center Hospital of Vermont. He is a family medicine physician with over 40 years of experience, including emergency medicine. He is currently in private practice in northern Vermont. In his private practice he emphasizes nutrition, classical homeopathy, and anthroposophical treatments.

“Like all medical students, I had received almost no education regarding many of the accepted practices in pediatrics. We learned that vaccines ‘are safe and effective’, that nutrition was not a worthy subject of study, that medicated birth was ‘better’ than unmedicated birth, that breastfeeding was inferior to formula, and use of antibiotics for children was encouraged. I vaccinated children routinely in the early days of my medical practice. But after my son was born in 1981, I became concerned that some medical practices were not based on best evidence or best science, I have been examining the research on my own.”

“My role as a practicing physician is, first, to do no harm … and to support informed consent to all medical procedures, as outlined in the Nuremberg Code and subsequently similar codes of ethics, most recently including The Declaration on Bioethics and Human Rights at the UNESCO Convention in 2005.”

Unafraid to advocate for children’s health even when his ideas go against the medical status quo, Dr. Reider is on record speaking truth to power when government regulators and public health officials side with a powerful industry, and disavow evidence of health hazards caused by industry’s products or industrial activities. In 2011, several of his patients suddenly developed severe insomnia, anxiety, headaches, ringing ears, difficulty concentrating, and frequent nausea, seemingly out of the blue. Dr. Reider researched the scientific literature and discovered that his patients were suffering from a relatively new clinical entity known as “Wind Turbine Syndrome”, caused by wind turbines that had recently been built near their homes.

In 2012, Dr. Reider testified before the Vermont Senate Natural Resources and Health Care Committees and the Governor’s Commission about the health problems caused by a newly installed turbine generated power plant. In 2014, he testified and submitted a report “Wind Turbine Noise & Adverse Health Effects” to the Vermont Public Service Board. Dr. Reider cited extensive evidence of direct adverse health effects documented by the U.S. Department of Energy and NASA which in the 1980’s found “conclusive evidence that adverse effects, very similar to those that describe “wind turbine syndrome”, were due primarily to very low frequency sound and inaudible infrasound.” Citing an independent clinical study by a professional acoustician in Australia who measured audible and infrasound levels and health data, Dr. Reider described the health hazards caused by turbines:

“these large turbines can and do cause serious health problems in a significant number of persons living nearby, even though the vibrational-acoustic mechanisms behind this harm are not yet completely understood. Repetitive sleep disruption is the most often cited adverse effect, and disturbed sleep and its resulting stress over time is known to cause or exacerbate cardiovascular illnesses , chronic anxiety and depression, as well as worsening of other pre-existing medical problems. This is especially concerning for the most vulnerable among us — children, the elderly, those who are naturally sensitive to sound, or prone to motion sickness or migraine headaches.”

In 2015, Dr. Reider, along with 25 other medical doctors spoke out in favor of medical freedom and individualized medicine, and argued against mandatory childhood vaccination. He has given testimony and written commentaries deploring mandatory medical interventions. In his recent open letter to the Vermont Public Health Commissioner he cited examples from the historical record of public health overreach, and interventional medical policies that were later deemed unethical:

“History gives us numerous examples of public health and physician abuses that were later regretted. CDC’s 1932-1972 Tuskegee syphilis experiment and the eugenics movement in Vermont that adopted compulsory medical sterilization. The 1947 Nuremberg Code, authored in large part by three American judges in the wake of Germany’s World War II medical abuses, was the first clear articulation of medical ethics asserting the need to protect individuals from medical harm by guaranteeing every individual’s right to informed consent to any medical treatment, without coercion. Universally acknowledged as the cornerstone of ethical medicine, the Nuremberg Code has been reaffirmed several times.

The 2018 American Medical Association Code of Ethic recommends vaccination, but rightly recognizes that its physician members retain their right to informed consent to vaccination, without mandates. Shouldn’t it follow that patients are equally entitled to the same right”?

Commentary “There is No Measles Crisis” in the Vermont Digger (2015)

Informed Consent on Vaccines is Needed: An open letter to Vermont Department of Health (2019)

Dr. Reider is an advisor of Physicians for Informed Consent, and he is the medical adviser to the Vermont Coalition for Vaccine Choice