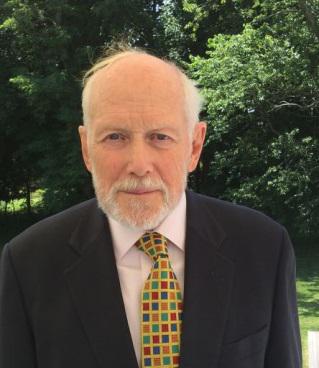 Sidney M. Baker MD, is widely recognized as a leader in the integrative health movement. A mentor to clinicians, including Mark Hyman, MD. Dr. Baker is board-certified in Pediatrics, Obstetrics, and Environmental Medicine. He earned his undergraduate and medical degrees from Yale University where he also held academic appointments, and served as attending physician in the Yale New Haven Hospital until 1991. He served as Senior Clinician and Director of Research at Princeton BioCenter (1991-1993). Dr. Baker was the Director of the Gesell Institute of Human Development. His honors include the Liuns Pauling Award for his contribution to functional medicine.

“I am a practicing physician with an interest in nutritional, biochemical and environmental aspects of chronic illness in adults and children. I have dedicated my career to empowering families affected by autism by providing information technology that helps each child be seen as an individual by creating a detailed, structured, accurate medical record that can be used to track progress and find other closely matching individuals whose experience reveals actionable clinical options.”

After graduating with honors from Yale Medical School in 1964 and completing his internship and residency in Pediatrics, and Obstetrics, Dr. Baker went to Chad, Africa for two years as a Peace Corps Volunteer. He trained paramedical personnel for rural health care delivery, and midwifery. He returned to Yale as Chief Resident in the Department of Pediatrics, followed by an academic appointed in Medical Computer Sciences with a joint appointment in Pediatrics and Obstetrics. At Yale, Dr. Baker developed large systems for the handling medical information history system emphasizing prenatal care, and developed mechanisms for handling medical information in 50 clinical areas.

Over the years, Dr. Baker’s private medical practice shifted from pediatrics and family medicine to the treatment of adults and children with complex chronic illness. His emphasis is on nutritional, environmental, and biochemical aspects of chronic health problems in children and adults. Dr. Baker is the associate editor of Integrative Medicine. He is the author or co-author of more than 10 books and a large body of research focused on the role of nutrition, the immune system, and chronic illness. He is convinced that delayed food allergy, nutritional deficiencies and malabsorption, as well as environmental exposures, are worth considering in almost any patient who has a mysterious medical problem.

Like all really profound intellectuals, Dr. Baker broke new ground by moving away from the hierarchical “theology” of medicine, which regards truth as coming from “above” (i.e., academia and government) rather than from below (i.e., the everyday experience of the practitioner). Contrary to the language of contemporary medical establishment, Dr. Baker argues that all medical treatment must be individualized.

He was one of the first doctors to shift the focus from autism being a genetic brain disorder to seeing it as a systemic body disorder that affects the brain. Dr. Baker understands that every child with autism has unique genetics, causes, or triggers, and how it is not usually one thing, but a collection of insults which leads to the condition. He is the founder of Defeat Autism Now and Autism360.org (funded by the Moody’s Foundation), and the founder of Medgenesis.com. Dr. Baker would like to see medical “theology” replaced with an ecological belief system in which the relationship between individual organisms and their environment determines the health of the organism, its species, and its ecosystem.

Dr. Baker is the associate editor of Integrative Medicine, and the author of: