Following a protracted, orchestrated witch-hunt and “kangaroo” proceeding by the General Medical Council, Dr. John Walker-Smith was stricken from the UK medical register as was Dr. Andrew Wakefield for a research study they and 11 other expert physicians had conducted and published in The Lancet. After the GMC verdict, the Lancet retracted the article in the midst of a media frenzy. Dr. Walker-Smith appealed to the High Court.

Justice John Mitting who heard the case rendered his verdict and severely criticized the disciplinary panel’s “inadequate and superficial reasoning” and “wrong conclusions” before ruling:  “The panel’s determination cannot stand. I therefore quash it.” He urged that in future such cases should be “chaired by someone with judicial experience.” (Read more here)

The verdict restores Walker-Smith’s name to the medical register to the medical community, and absolves him of all charges. The basis of the GMC controversial hearing and draconian action against Dr. Andrew Wakefield and Dr. Walker-Smith were prompted entirely by Brian Deer a freelance reporter for Rupert Murdoch publications. No parent of the 12 children whose diagnosis and treatment were the subject of the Lancet paper ever filed a complaint–indeed they were barred from testifying on behalf of the doctors at the GMC hearing.

After the hearing, the BMJ added fuel to the bonfire, when it lent its platform to Brian Deer who vilified the doctors with scathing attacks.  Dr. Andrew Wakefield, who now resides in the US, has filed a defamation lawsuit in Texas against Brian Deer, Fiona Godlee and the British Medical Journal (BMJ) for falsely accusing him of “fraud.”

After the damage had been done, BMJ editor-in-chief, Fiona Godlee, acknowledged that AHRP was right to criticize her and the BMJ for failing to disclose BMJ’s substantial financial ties to the two major vaccine manufacturers–Merck and GlaxoSmithKline:
“We didn’t declare these competing interests because it didn’t occur to us to do so.”

Why do the defenders of vaccines, and defenders of toxic prescription drugs such as, antidepressants, antipsychotics, or statins, resort to ferocious personal and professional attacks against critics who raise doubts about the safety of certain drugs and vaccines?

The answer is quite obvious: they do so at the behest of their backers in the pharmaceutical industry and often have a substantial personal financial stake in promoting pharmaceutical products.  They are not impartial. They should not, , therefore, be the scientific arbiters of vaccine and drug research, nor should they be in a position to set public health policy about vaccines or prescription drugs.

Following the Press Release by the Canary Party, we post an excerpt from Dr. John Walker Smith’s description of the GMC prosecution as a  Kafkaesque ordeal in Enduring Memoir written after his exoneration.

In its Press Release the Canary Party (…”canaries in the mines”) states:
“Though justice has finally prevailed for Prof. Walker-Smith, the damage done to him and his colleagues has been incalculable,” said Mark Blaxill, chairman of the Canary Party. “The UK government must investigate the corruption in the GMC, which has severely damaged the reputations of good, honest doctors. Most of all, it’s outrageous that Dr. Andrew Wakefield has been vilified by government officials, vaccine manufacturers and physician organizations, and that the media has accepted these unfounded accusations uncritically.”

“It’s time that we started treating responsible parents as reliable witnesses to serious adverse reactions to medical procedures such as vaccination,” said Jennifer Larson, president of the Canary Party. “The work that Walker-Smith and his colleagues at the Royal Free Hospital did with the Lancet 12 was medically necessary and above reproach. No patient complained, and the charges against the Royal Free team came only from a freelance journalist writing for a Rupert Murdoch newspaper. Meanwhile, the findings reported in the Lancet paper have been replicated in numerous scientific publications and reported by thousands of parents all over the world.”

“It is quite obvious to me that James Murdoch, Brian Deer and GlaxoSmithKline orchestrated the smear attack on Dr. Andrew Wakefield,” said Ginger Taylor, executive director of the Canary Party. “A judge has now ruled that the GMC hearings were a farce. Parents are waiting for journalists to find their spine and start some honest reporting on the character assassination of doctors that is blocking medical treatments for vaccine injured children, and the role that GSK and Merck may be playing to protect their profits on the MMR vaccine. The Canary Party honors and stands by doctors of integrity like Prof. Walker-Smith, who continue to fight and defend their hard-won reputations for going the extra mile to investigate and improve the chronic, difficult-to-treat cases that now permeate our society.”  Read more: www.canaryparty.org 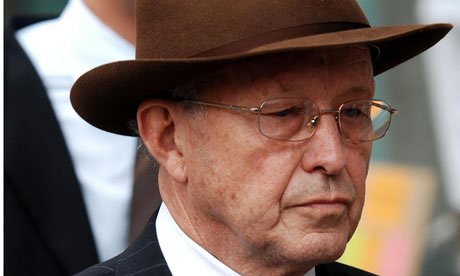 Following Dr. John Walker-Smith’s exoneration, he wrote Enduring Memories, in which he describes the Kafkesque prosecution:

“I found this “chamber” to be a deeply deceptive room. I regarded the absence of traditional symbols of justice to be highly significant. There were no visual assurances that justice would be done in this room. It seemed to me that the purpose of this room was to deceive the defendants into thinking that this was a room where normal “business” meetings would be held. The implication was that the Hearing was a normal business meeting. This was far, far from the reality, as all the lawyers and panelists knew from long experience.

I saw it as a dishonest room where a defendant might be lulled into a false sense of normality. Thereby entrapment by the prosecution might occur. The chairs and the tables had stainless steel fittings. These came to symbolize instruments of torture in my mind. Indeed by the end of cross-examination I came to regard the room as a “Torture Chamber”.” (p.226)

“The central issue for me over all the years from the time of the first complaint had been made to the GMC by the journalist was the following. Who or what was behind the decision ab initio to take his complaint against me so very, very seriously? Other related questions remained unanswered, for example: Why was I pursued in such a zealous way by the GMC/prosecution? Was there a department or organisation behind these decisions? I asked myself were the charges against me so heinous that they demanded so great a time and such intense cross-examination? Once again I pondered the central mystery of the Hearing for me. Was there another influence behind the GMC, an invisible Deus ex machina?” (p232-3)