According to the U.S. Environmental Protection Agency’s own scientific assessment reports (2004, 2009), Ultrafine particles (UFP) are considered more dangerous than PM2.5. EPA has determined that UFP can cause sudden death.

“there is strong epidemiological evidence linking short-term (hours, days) exposure to PM2.5 with cardiovascular and respiratory mortality and morbidity.”

Yet, EPA-funded experiments were conducted in elderly diabetic patients who were exposed to high doses of ultrafine particles that the agency considers “more lethal than PM2.5.”

“Three human exposure protocols will be conducted using the Harvard ultrafine ambient particle concentrator, in collaboration with the Aerosol Generation and Analysis Facility Core. The first protocol will examine effects in healthy subjects, the second protocol will examine effects in age-matched subjects with type 2 diabetes, and the third protocol will assess the role of pretreatment with the cyclooxygenase inhibitor aspirin in preventing the cardiovascular effects of ultrafine/fine particle exposure.”

The experiment was conducted at the University of Rochester PM Center under the direction of Günter Oberdörster, its stated purpose:

” to test the hypothesis that ultrafine particles occurring in the urban atmosphere cause adverse health effects. Epidemiological studies have consistently found an association between small increases in urban particulates and health effects, including increased morbidity and mortality in people with respiratory and cardiac disease. The observed effects are associated with the fine rather than the coarse particles in the atmosphere.

The proposed studies are designed to rigorously test the ultrafine particle hypothesis by comparing ultrafine (~10-50 nm) with accumulation mode particles (~100-500 nm) in all phases of this research. Thus, the following objectives will be addressed by 5 interactive research cores in the Rochester PM Center over a 5-year study period:

(a) to determine the number, mass concentration, and composition of urban ultrafine and accumulation mode particles of an eastern and western U.S. city; (b) evaluate the association between ambient particle number/mass concentrations and respiratory as well as cardiovascular effects in a susceptible cohort; (c) compare exposure-dose-response relationships for respiratory and cardiovascular endpoints between ultrafine and accumulation mode particles in controlled clinical and animal studies; (d) assess the significance of factors enhancing ultrafine particle effects: age, disease, co-pollutants, pre-exposure history, exercise; (e) measure total and regional deposition of ultrafine particles in the lower respiratory tract of rodents and total deposition in humans for purposes of extrapolation modeling between species and for in vitro dosing; (f) perform mechanistic studies at a cellular and molecular level to test the hypothesis that ultrafine particle effects are due to oxidative stress induced events; (g) support the development of an ambient ultrafine particle concentrator and test the feasibility for its use in controlled in-vitro, animal, and clinical studies; (h) coordinate research efforts and dissemination of results with other centers.

Core 2, Field Studies (Wichmann), studies will be conducted in Germany by a group with an established program for epidemiologic analyses of ultrafine particle effects on subjects with COPD and angina. The inclusion of this group in a consortia arrangement allows access to a large-scale ongoing European study evaluating ultrafine particle effects. As part of the epidemiological project the effects of PM-oxidant (e.g., ozone) mixtures will be assessed.

The objective of the study is to characterize the association between ambient particle exposures and changes in biomarkers of inflammation in the airways and the blood of patients with stable coronary artery disease as well as of patients with COPD. Monitoring of the autonomic function of the heart will investigate how these changes in the inflammatory state relate to alterations in autonomic control. The following hypotheses will be tested in patients with chronic diseases of the lung and the heart:

(1) Concentration of ambient accumulation mode (AP) and ultrafine particles (UP) is associated with inflammation of the airways, as well as increases in plasma viscosity, fibrinogen and other acute phase proteins in the blood, (2) increases in the coagulability of the blood are associated with changes in the autonomic control of the heart, and (3) exposure to UP is more closely related to the health effects than exposure to AP mass. The result of this Core will be a valuable input for the clinical, animal and in vitro studies with respect to planned mixed PM-oxidant exposures.

Core 3, Clinical Studies (Frampton, Utell), will make use of results from the field studies, starting initially with controlled exposures in healthy subjects and asthmatics, and then of elderly subjects with COPD and coronary artery disease, similar to the field study cohorts.

These studies will utilize controlled human exposures to examine, in healthy and potentially susceptible subjects, the deposition and fate of inhaled ultrafine carbon particles (UP), and the role of UP and ultrafine carbon particles containing trace metals (UM) in inducing health effects. The proposed pathophysiology for pollutant-induced lung inflammation involves the following sequence of events: (i) Injury to epithelial cells by reactive oxygen species, possibly enhanced in the presence of metals via Haber-Weiss and Fenton chemistry, accompanied by activation of nuclear regulatory factors, leading to elaboration of proinflammatory cytokines, including interleukins-8 (IL-8) and -6 (IL-6), and increased expression of nitric oxide synthase (NOS), with increased nitric oxide (NO) in exhaled air. (ii) Activation of vascular endothelium and circulating leukocytes.

Emigration of inflammatory cells from blood to tissue sites involves up-regulation of adhesion molecules and other markers on vascular endothelium and on circulating leukocytes. The events in the process of leukocyte-endothelial binding include a) increased expression of adhesion molecules followed by shedding of adhesion molecules as cells “tether and roll”, b) leukocyte activation, c) stable adhesion, and d) transmigration through the epithelium. Platelets become activated and adhere to endothelium and leukocytes. Endothelial activation may further contribute to the increase in exhaled NO concentrations seen with airway inflammation. (iii) Increased release of IL-6 and tissue factor by activated blood mononuclear cells. Interleukin-6 initiates hepatic synthesis of acute phase proteins, including serum amyloid A (SAA), fibrinogen, and plasminogen activator inhibitor-1 (PAI-1). Monocyte tissue factor and endothelial cell activation initiate the coagulation cascade, as reflected by the presence of D-dimer, soluble fibrin, and prothrombin1+2. (iv) Possible adverse cardiac events in patients with critical coronary lesions, as a consequence of increased blood coagulability, platelet activation, and endothelial dysfunction.

The integrated multi-disciplinary approach of the Rochester PM Center will answer the key question of causality of ultrafine particle involvement for effects observed in previous epidemiological studies. The expectation is that the controlled laboratory studies will reveal that ultrafine particles, but not larger accumulation mode particles, at environmentally relevant concentrations will show pulmonary inflammatory and secondary cardio-vascular effects in the compromised organism; and that the field studies will show that ultrafine particles are better correlated with health effects than larger particles.

The experiment  was conducted  between 1999 — 2005 (extended to May 31, 2006). Read more at EPA’s website The director of the University of Rochester PM Center,  Günter Oberdörster, PhD., was educated in Pharmacology at the Liebig University in Giessen, Germany.
His most recent 5 Journal Articles (of 244) 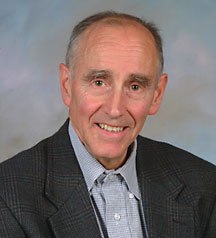 EPA maintains 27 libraries nationwide; its collections include hard-to-find copies of documents on federal Superfund hazardous waste sites, water-quality data and the health of regional ecosystems. The Union of Business / Corporate Responsibility reported that libraries are being shut down and some of the scientific information they house is being sequestered or destroyed under the guise of cost cutting. The Bush Administration proposed cutting $2 million from the $2.5 million library budget – which is hardly a dent in EPA’s $8 billion budget.

In a follow-up report (2008) the GAO (General Accounting Office) reported that only 51,000 of EPA’s more than 500,000 hard copies of books, reports, journals and maps were to be transferred to digital format, thereby preventing ready access to the unique collections. (Washington Post, 2008)