Professor Takashi Tsuchiya, a professor of philosophy and medical ethics at Osaka University, is credited with initiating forthright moral examination of the taboo subject that Japanese bioethics had ignored for decades; namely, Japan’s heinous human experiments and live vivisections conducted (mostly) on Chinese people, but also Korean, Mongolian, Russian, and several American prisoners of war. Professor Tsuchiya set off an extensive debate within the Asian bioethics academic community with his important essay, “Why Japanese doctors performed human experiments in China 1933-1945,” published in Eubios Journal of Asian and International Bioethics 10 (2000).

Professor Tsuchiya breaks the taboo that has prevented Japanese academics from confronting the heinous medical war crimes of Japanese doctors, and confronts both the crimes and the cultural values that enabled Japanese doctors to carry out medical atrocities with impunity. He offers four explanations for the “Factories of Death” where Japanese doctors committed mass murder and diabolical human experiments during the period 1933-1945 . The explanations he offers encompass Japanese and East-Asian cultural values that both facilitated the crimes and they continue to imbue the cultural milieu that has prevented a public investigation and  repudiation of those crimes after the war:

Professor Tsuchiya explains why the massacre by human experimentation in China would have been impossible without the support of the leading medical professors; and he explains why it was difficult for doctors to refuse to participate:

Japan was a fascist country and it was wartime when doctors were under pressure to participate. Most of the doctors who performed human experiments and vivisections in the “factories of death” under Lt. Surgeon General Shiro Ishii, were academic researchers who had been lecturers or associate professors at leading Japanese medical schools who were temporarily employed by the Japanese Army. Their academic superiors ordered them to go to China.

“In Japanese medical schools, even now, head professors exercise supreme power over their staff. Usually, there is only one professor in each “Ikyoku” (department), which is at the same time an office of clinical practice, a faculty for graduate education, and a research laboratory. Even after earning a doctoral degree, researchers devote themselves to the Ikyoku, hoping to be nominated by the head professor as his successor. They cannot oppose their professors because rejection of the professor’s order, for example to go to a certain facility, would result in excommunication from the Ikyoku, in effect forcing them to abandon their academic careers.”

During wartime, there was a short supply of research facilities at Universities. Professors were willing to be cooperative with the army and Ishii and promised Ishii to send their best disciples to his factories. In return, Ishii and the army supplied enough research equipment (and sometimes even the data and chances of human experimentation) to the professors [cf. Tsuneishi (1994), Chapter 3].

“This tells us that the massacre by human experimentation in China would have been impossible without the support of the leading medical professors in those days and that not only Ishii and the army but also the Japanese medical profession itself is guilty of the crime. That is why the term “Jintai Jikken” (experimentation with human beings) has become a taboo utterance in the Japanese medical establishment since then.”

An astonishing aspect that we have not ever found mentioned before:

“Ishii’s factories were luxurious places. For example, the annual budget of Unit 731 was 10 million yen (about 9 billion yen in the modern currency, or about 86 million dollars, at present 2000 value; $118,294,000 in 2015). Half of this budget was for research, and the other half was for labor costs for about 3,000 employees. The salary was considerably high, and the food served there was wonderful.

Also, Unit 731 had the most luxurious laboratories of Japan then. Surely there was a massacre: there was a hell. But for those who could concentrate on research, it was a nice place. There was nearly no restriction on their research–they could even treat human subjects truly as guinea pigs. In addition, there were patients with diseases that they could hardly ever observe in the Japanese homeland, for example, epidemic hemorrhagic fever, plague, typhus, and severe frostbite. They could produce brilliant scientific achievements for Japanese medicine, although these achievements obviously could not be published internationally. With these achievements, they could gain good positions in the Japanese medical establishment after the war.”

Prof. Tsuchiya concludes his article by laying much of the blame for the murderous human experiments on Japan’s extremely hierarchical closed-door medical system:

“I have no intention of justifying the conduct of the Japanese Army and Japanese doctors in China during World War II. What I would like to do is to understand why they did and could do such things, to learn how we can forever prevent such an outrageous enterprise.

“Among the circumstances described above, I found the absolute power of the professors over their disciples to be very characteristic of the Japanese system, in contrast with the Nazi human experiments and the U.S. human radiation experiments. This absolute authority was possible on the basis of the authoritarian character of Japanese (and probably East-Asian) ethics. I find some virtues of Japanese and East-Asian ethics, such as respect for authority and harmony, in the behavior of those doctors. In fact, the “Ikyoku” system in the Japanese medical profession is supported by these virtues.”

The culture in which the Nazi medical atrocities were committed bears many similarities to the Japanese: a hierarchical, authoritarian, nationalistic culture; racial and ethnic prejudice within a eugenics framework; the Nazi doctors operated under the shield of top secrecy, often under euphemistic designations; and the Nazi doctors rationalized that those imprisoned in concentration camps were to be killed anyway…. Read Part II of this chronology Medical Atrocities of Nazi Germany

“Tsuchiya’s moral courage to break a taboo topic in his own country has deeply moved me. The question he raised and attempted to answer, “Why Japanese doctors and scientists conducted inhuman human experimentation in China?” is absolutely important and extremely challenging. His historical-social analysis is incisive.

The conclusions he has reached are insightful as well as provocative. Japanese doctors’ human experimentation is a subject that should have been widely and deeply discussed in the circles of Asian, especially Chinese and Japanese, medical ethics. Unfortunately and sadly, this has never happened. Finally, in the last years of the 20th century, Tsuchiya and Morioka have initiated serious moral and ethical reflections on a human-made tragedy occurred in Asia in the early-middle of the century. (Jing-Bao Nie, MD, PhD. Eubios, 2001 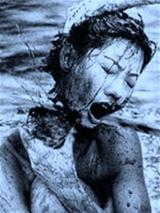 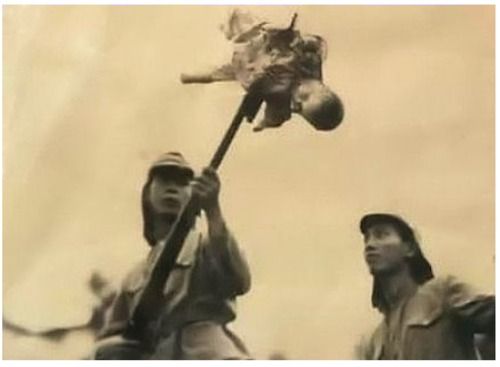