Time to Atone for the Holocaust

The following cri du Coeur is by Rabbi Michoel Green of Westborogh who implores the world not to repeat the “colossal moral failures” that led to the Holocaust..

Time to Atone for the Holocaust by Michoel Green

At last, humanity has a historic opportunity to come clean from its shameful complicity in the most horrific genocide of human memory. Will they rise to the occasion?

After all these years, humanity can finally atone for the Holocaust… by NOT allowing it to be repeated. [1]

Don’t repeat the colossal moral failures of the vast majority of Germans, Poles, et al, of the 1930s.

Do NOT walk in lockstep with government, even if they claim it’s for the ‘greater good.’

Do NOT comply with policies that marginalize and ban a supposedly ‘biologically inferior’ minority.

Do NOT comply with tyrants that justify forced human experimentation without informed consent.

Do NOT stand by idly when a new minority is getting persecuted and shunned from the public. Don’t remain silent and complicit while children are being banned from school, while millions are being fired from their jobs, prevented from entering stores, traveling, earning a living, buying food. Don’t turn a blind eye when millions are being condemned to poverty, illiteracy, and isolation.

Business owners! Do NOT be complicit like German storekeepers were. Disobey. It is your solemn moral duty.

Police! Disobey unjust orders. Object. You took an oath to defend justice, not to impose injustice.

Jews! Don’t repeat the fatal error of blindly heeding your capo betrayers and walking obsequiously like sheep to the slaughter. Wake up NOW from your normalcy bias and false sense of security.

It’s time to return to G-d at once and repudiate all human overlords. Reject fake-science propaganda that condones apartheid and discrimination. 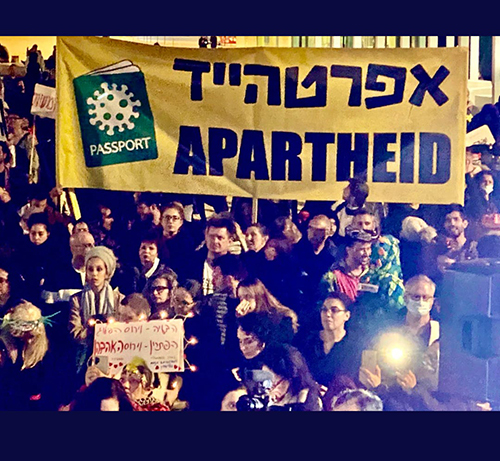 Flaunt their horrific cruelty and injustices by increasing in indiscriminate acts of GOODNESS and KINDNESS toward your fellow human being, irrespective of injections or lack thereof.

Tell everyone around you that you will NOT comply with evil and urge them all to do the same. Challenge groupthink. Oppose censorship. Dare to speak the truth and disobey tyranny at all costs.

Don’t worry if you are a solitary voice at first. At the very least, you are extricating yourself and your family from the historic shame of Holocaust complicity.

You are demonstrating that you would not have complied then, nor will you comply now either.

But please don’t suffice with being a solitary voice. Join forces with other conscientious objectors. Create a critical mass of righteous individuals who will NOT bow before tyranny. Form a movement of fearless heroes who dare to speak truth to power, and who are selflessly prepared to stand up in defense of their fellow human beings no matter what.

We must ALL defy all these Holocaust policies NOW. The very survival of humanity depends on it.

The stakes are high, but a truly unprecedented and awesome opportunity lies before us… to correct the wrongs of history and redeem humanity once and for all, simply by asserting the TRUTH. For now and forever.

In this exclusive interview with Uwe Alschner, of Children’s Health Defense, Europe, Monica reports how she was accused of denigrating the Holocaust and taken away by the police. She is facing criminal investigations as downplaying the Holocaust is a criminal offense in Germany.

Mainstream Media has immediately tried to depict the incident as proof of Neonazi activities in Germany subverting the protest. Some journalists were said to have filed complaints to the Police about alleged downplaying of the Holocaust by Monica Felgendreher. 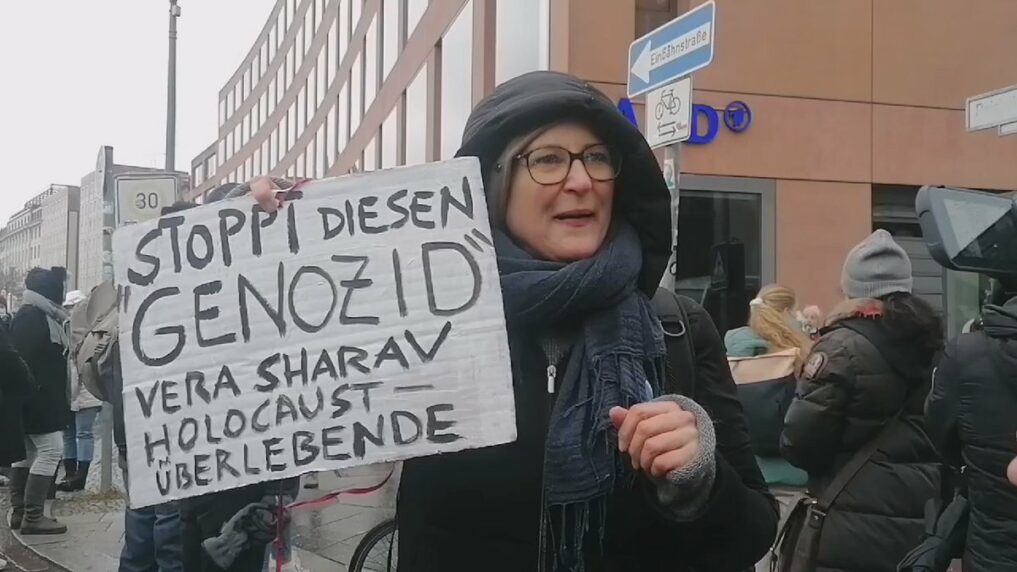