The Steinhof hospital in Vienna was a complex of 34 pavilions.  From 1940 to 1945, thirteen of the hospital’s pavilions had been emptied by the T4 “euthanasia” murders. These were used for a reformatory and a children’s psychiatric clinic, “Am Spiegelgrund”  The children included those selected by T4 categories, as well as the children of resistance fighters and communists.

In Pavilion 17, doctors conducted painful experiments on thousands of living children before they were murdered. A dangerous and excruciatingly painful procedure, pneumatic encephalography, was routinely performed on children at Spiegelgrund. The children were subjected to brain x-rays (which involved painful withdrawal of cerebrospinal fluid which  injected air into the spinal cavity and brain). The X-rays prepared the ground for further research after the children died.

The children either died during the procedure, or after being transferred to Pavilion 15 where they were weakened by malnutrition, plied with sedating drugs, exposed to infectious diseases, exposed to freezing cold, and experimental vaccine trials — or they were murdered outright.  In all, 789 children were murdered by doctors and nurses; their brains and parts of their spinal cords were removed and preserved for further study. ( “Unfit to Live,” by Debra Martens, Canadian Medical Association Journal, 2004)

The “special children’s ward” opened in July 1940; ;it served as one of the largest of the 30 to 40 children’s killing centers until May 1945. The clinic’s medical directors were Prof. Dr. Erwin Jekelius (until early 1942) and Dr. Ernst Illing (beinning in 1942). Dr. Heinrich Gross, a psychiatrist and neurologist, was the senior doctor in charge of Pavillion 15, assisted by Dr. Margarethe Hübsch, and Dr. Marianne Türk. 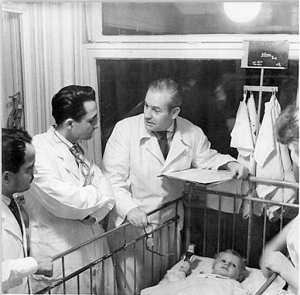 Dr. Gross is alleged to have selected children admitted to the hospital for deadly experiments. Like many physicians he saw the availability of children as a research opportunity available for exploitation. The experiments had no potential benefit for the child subjects. At lease half of the children who were killed at Spiegelgrund were from Dr. Gross’ infants’ ward. While he admitted knowing about the killing at Spiegelgrund, he denied being involved. He did boast, however, that he had the greatest brain collection of any researcher.

In 1950, Gross was brought to trial in Austria but was tried under German law which, at that time, did not include the killing of mentally handicapped people within the definition of murder because they were “not capable of reasoning.” Although he was convicted of manslaughter but never served his two-year sentence. 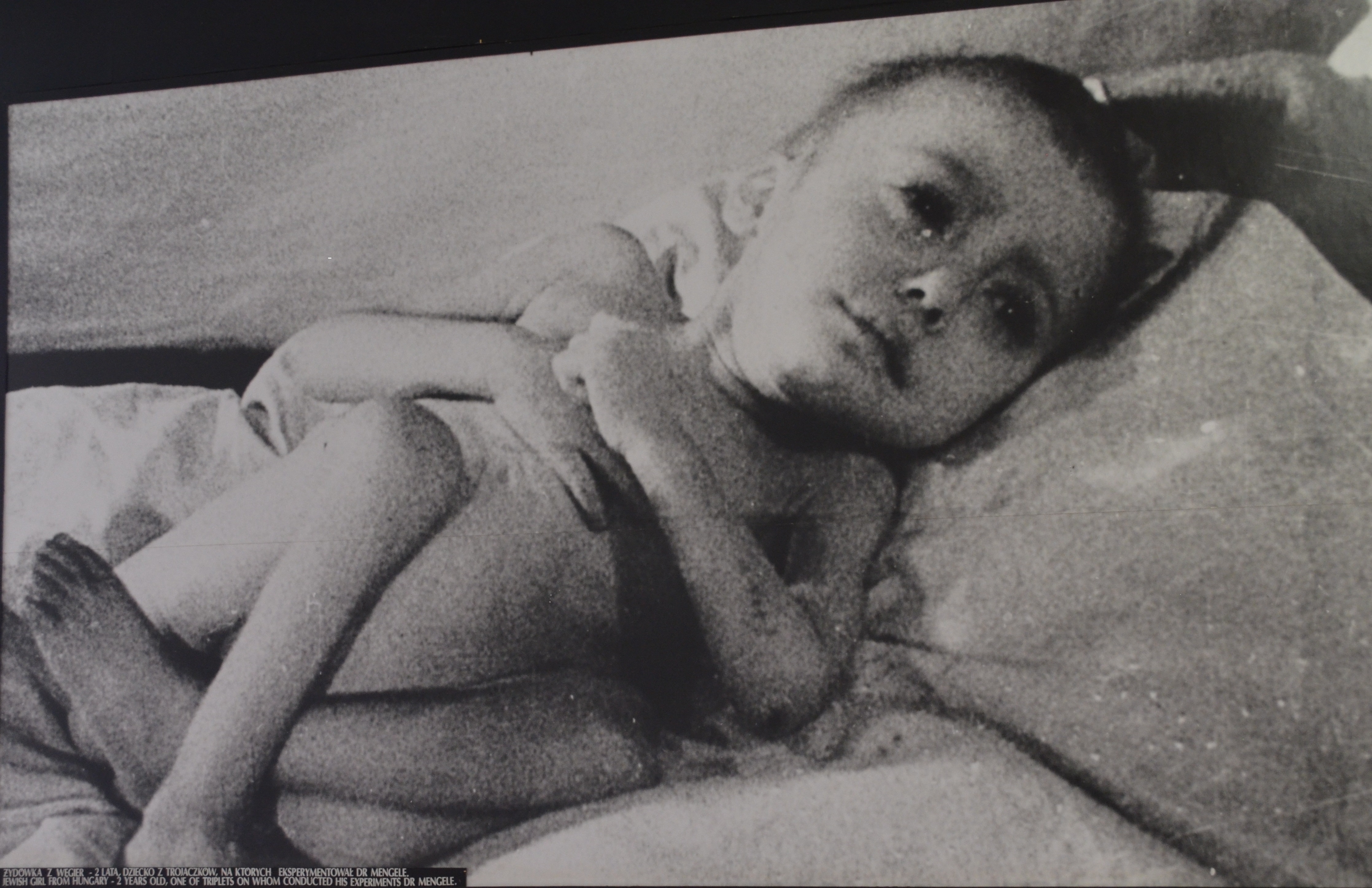 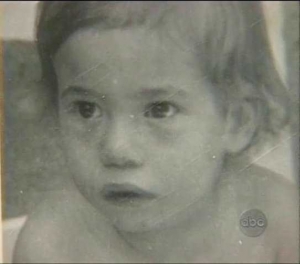 The children were deemed mentally or physically unfit; they were used as experimental guinea pigs and systematically murdered by medical doctors. Their brains and body parts were stored for decades after the war in formaldehyde glass jars in the basement of the clinic as Dr. Gross’ “private research collection.”

After the war, Dr. Gross returned to Spiegelgrund (which had been renamed) and for 50 years he continued to conduct research into mental defects, using the murdered children’s brain specimens. His distinguished career as a pediatric neurologist was established on the murdered children’s remains. He joined the ruling Socialist Party, and won national acclaim as an expert in psychopathology. He published 35 papers, some written with faculty members of the University of Vienna.

Until 1997, Gross served as a court psychiatrist providing expert testimony on the mental capacity of 12,000 defendants in the Austrian court. In 1975, Gross was awarded the Austrian Cross of Honor for Science and Art.

In 1976, Gross, who was the court psychiatrist was assigned the file of one of his victims, Friedrich Zawrel, who had been sent to Spiegelgrund at age 11, enduring medical experiments and solitary confinement; and survived. Zawrel recognized Dr. Gross as one of his torturers and reported his identity to the press. Mr. Zawrel described how he was tortured, humiliated, and put into  solitary confinement for nine months; he described vomit-inducing injections, and orderlies forcing his head under water until he blacked out. And he described the “Wrap Treatment” which involved being bound in two sheets dripping with ice cold water;, after which he was left until his body warmth dried the sheets. “Sometimes that took up to two days without food or water,” he said. (Associated Press, 2012)

After Gross was exposed in the press, the head of the Committee for Critical Medicine, Dr. Werner Vogt, accused him of complicity in the murder of children. Gross sued for slander and damages but lost. The High Court then affirmed that Dr. Gross had been complicit in and responsible for the murders in the “special children’s ward.” However, he was not brought to trial and continued to have unfettered access to the brains of the murdered children, and to serve as an expert forensic psychiatrist.

In 1990, when he was employed by the Austrian Ministry of Justice as its foremost forensic psychiatrist, incriminating documented evidence against Gross surfaced in the form of his medical notes that had been found in the files of the STASI, the East German secret police. One of the medical files documented the “living hell” that Dr. Gross subjected little Anne-Marie who suffered from rickets at birth. At Spiegelgrund she was diagnosed with “idocy.” (“Gruesome Legacy of Dr. Gross” BBC News, 1999; Nazi ‘Euthanasia’ Children Buried, BBC, 2002)

In 1998, an ABC News team broke into a basement vault at Spiegelgrund Psychiatric Hospital The ABC team, led by investigative producer Jonathan Silvers, found 417 children’s brains encased in formaldehyde in glass jars. It is believed that originally one thousand specimens made up the collection. (William Seidleman, Pathology of Memory in Medicine and Medical Ethics in Nazi Germany, )

For fifty years Dr. Gross used the remains as his “private collection” to further his research, winning national acclaim as an expert in psychopathology. After the news team uncovered the children’s remains, Dr. Gross went into hiding.  The news team tracked him down and interviewed him for half an hour. (“A Respected Physician,” ABC News Nightline and BBC Excerpt; Read the film’s inspiration) The international outcry that followed the broadcast led to the initiation of the first Nazi-era trial in Austria.

In 1999, Gross was indicted on nine counts of murder after a former patient on whom he had allegedly experimented recognized him. (Deutsche Welle, 2005) The case was brought before an Austrian court. Gross denied responsibility in the children’s deaths and claims not to remember anything about the period. In the process of the pre-trial investigation, forensic scientists at Innsbruck University discovered traces of Luminal and Veronal (sleeping tablets) in the children’s tissue, indicating they had been murdered. His lawyers claimed that he was senile due to advanced dementia and could not understand the proceedings against him. During the court session, Gross appeared disoriented and confused. A court psychiatrist said Gross does not have the mental “flexibility” to respond to prolonged questioning. The court accepted the senility defense and suspended the trial “indefinitely.”

After the court proceeding, Gross went off to a coffee shop with his attorney, friends and family to celebrate. There he engaged in an hour-long interview with television journalists during which he was lucid and lively, and answered detailed questions about his past. Judge Seewald who viewed the TV interview that evening, found his metamorphosis “completely incomprehensible.”

The German daily, Deutsche Welle (2005) quotes a Green Party member of Parliament and the decision of the justice ministry:

“For decades as a forensic psychiatrist he decided who was fit to stand trial and who was not. And then he is brought to trial and suddenly he is unfit to stand trial. “The justice ministry has always held a protective hand over Heinz Gross. It is very happy to close this case. It is a scandal and a shame.”  (MP Karl Oellinger )

“There will be no trial anymore as Mr. Gross is not mentally able to stand trial. It is a definite and final decision. There are no other cases.” (Michael Standl )

A prize-winning documentary film by Andreas Novak, “Ein ganz normaler Artzt” (A Perfectly Normal Doctor) (2000) shows Gross to be perfectly lucid when speaking — except during his court appearance.

The Associated Press quoted German historian Mathias Dahl, whose doctoral dissertation was about the “Children’s Ward” at Spiegegrund, who stated that his research showed that Gross published five articles between 1955 and 1965 based on research using the preserved brains of children killed because they were deemed handicapped or anti-social. Six other articles published by him also likely used the same specimens, Dahl said.

In 2002, six hundred urns containing the remains of young Austrian children and adults — whose lives were deemed “life unworthy of life” — were buried quietly after having been used for medical research as recently as 1978. One of the urns contained the remains of 4-year old Anne-Marie who suffered from rickets at birth. Her sister noted that at Spiegelgrund she was diagnosed with “idiocy.” “Her short life ended painfully. She was starved, poisoned. She was killed.”  (“Gruesome Legacy of Dr. Gross” BBC News, 1999; Nazi ‘Euthanasia’ Children Buried, BBC News, 2002)

Endonuclease Fingerprint Indicates a Synthetic Origin of SARS-CoV-2  SARS-CoV-2 is the virus that caused the disease COVID-19.   END_OF_DOCUMENT_TOKEN_TO_BE_REPLACED