A just published study by researchers at Pennsylvania State University and Yale Child Study Center correlated neuropsychiatric disorders in children to vaccines.The study was published in the journal Frontiers in Psychiatry (2017) 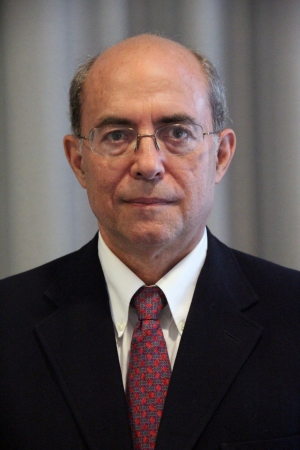 “The researchers found correlations for one vaccine in particular: the influenza vaccine, which was associated with higher rates of OCD, anorexia, anxiety disorder and tic disorder. A biological explanation for these correlations has not been found, but a potential mechanism could lie in the body’s immune response to vaccines, the study suggested.

Autoimmunity, in which antibodies attack human proteins, is also known to play a critical role in normal brain development, Leckman noted. According to James Leckman, professor of pediatrics and one of the study’s five authors, if children were experiencing inflammation — a process that promotes autoimmunity — at the time of vaccination, the combination of inflammation and vaccination could have deleterious effects on brain development.”  (The Yale Daily News)

The researchers, being cognizant of the political backlash, attempted to downplay their study results, noting these were tentative, required replication, and did not establish a causal relationship.

“This pilot epidemiologic analysis implies that the onset of some neuropsychiatric disorders may be temporally related to prior vaccinations in a subset of individuals. These findings warrant further investigation, but do not prove a causal role of antecedent infections or vaccinations in the pathoetiology of these conditions.”

Nevertheless, the study lends credence to those who are concerned about vaccine safety, and bellies the claims of vaccine promoters who would have us believe that the safety of vaccines has been fully established, and needs no further scientific probing.

John Rose, a Yale professor of pathology, expressed concern that the study would “activate anti-vaccine people in a serious way.” He attempted to divert attention from the correlation between vaccine’s mechanism of action and brain damage to the “trauma” a child experiences from being stuck with a needle! Dorit Reiss, a professor of law at UC Hastings, who has been an outspoken pro-vaccine spokesperson, who has spoken and written against parents who exercise their right to refuse vaccinating their children, goes further in her condemnation of this study:

“This is a very bad study…it can and is being used by anti vaccine activists. It’s troubling that Dr. Lekman was willing to be involved in [the study] and still stands behind it. It’s not a credit to Yale…” (Read more about Prof. Reiss here) 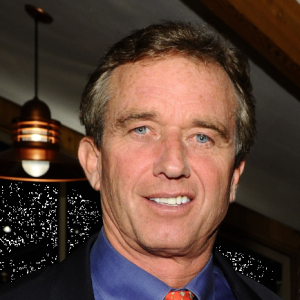 The commission would investigate CDC’s handling of vaccine safety and conflicts of interest at the agency.  (Politico, Feb. 15, 2017)

FiercePharma reports: “Spooked by President Donald Trump’s skeptical stance on vaccines,” pro-vaccine interest groups are up in arms against the establishment of a commission.

More than 350 pro-vaccine groups expressed their “unequivocal support for the safety of vaccines” in a letter to the president.” In fact, they used the letter as an opportunity to advocate for increased public funding for vaccines: “the nation should redouble our efforts to make needed investments in patient and family education about the importance of vaccines in order to increase the rate of vaccination among all populations.” (FiercePharma. 350 medical and patient groups write to Trump: ‘Vaccines are safe’ Feb. 2017 http://www.fiercepharma.com/vaccines/350-medical-and-patient-groups-message-to-trump-vaccines-are-safe

Kennedy and Robert DeNiro convened a news conference on February 15, 2017, and offered a $100,000 award “to anyone who could point to a study showing that the mercury-containing preservative thimerosal was safe to vaccinate children and pregnant women.”

If “vaccines are safe” as touted by their advocates who have a substantial stake in the vaccine business — vaccine manufacturers in concert with government, financially indebted scientists, and front groups masquerading as “patient advocates” – why are the 350 vested interest groups up in arms?

One major unacknowledged reason for the objection to a vaccine safety commission is that it is likely to shine a light on the financial conflicts of interest and corrupt practices at the Centers for Disease Control (CDC). Those conflicts undermine CDC’s credibility and its criteria for setting U.S. vaccination policy; a policy that promotes industry’s financial interests while disregarding children’s safety.

Conflicts of interest have also corrupted the integrity of academic scientists who have been promoting expanded, mandatory vaccinations.

“Since 1988, over 17,835 petitions have been filed with the VICP. Over that 27- year time period, 16,113 petitions have been adjudicated, with 5,205 of those determined to be compensable, while 10,908 were dismissed. Total compensation paid over the life of the program is approximately $3.5 billion.” (Read U.S. Dept. of Health & Human Services, Health Resources and Services Administration, Statistics Report, Feb. 2017)

“Lots of autism and vaccine response. Stop these massive doses immediately. Go back to single, spread out shots! What do we have to lose.”

“If I were President I would push for proper vaccinations but would not allow one time massive shots that a small child cannot take – AUTISM.

“I am NOT anti-vaccine, but I am against shooting massive doses into tiny children. Spread shots out over time.”

On January 11, 2017, at his first press conference as president: “Trump to pharma: You’re ‘getting away with murder,’ and I’m the one to stop it.” Fierce Pharma

“pharma industry is ‘getting away with murder’—and the government needs to take action. Trump said the government should require competitive bidding to get drug costs down, claiming that the U.S. can save ‘billions of dollars’ with such a process. He called out pharma lobbyists and their power in Washington.”

According to Kennedy, President Trump said he knew the pharmaceutical industry would combat any efforts to question vaccine safety. “I’m not going to back down.”