Dr. Leo Stanley, chief surgeon at San Quentin Prison for forty years, performed a wide variety of unethical experiments — which were eugenics in nature — on hundreds of prisoners. He focused on rejuvenating their masculinity through two bizarre methods: sterilization, and by implanting them with “testicular substances” from executed prisoners or, in some cases, livestock., including, testicular implant experiments.  He believed that the decline of white, masculine vigor would lead to a degrading of the moral values of the country.

Stanley was imbued with eugenic ideas; he was afraid that “undesirables” would reproduce faster than “superior” people — i.e., white Christians — and would flood society with their “defective” genes. By reinvigorating aging white men, and by sterilizing more people with less desirable traits, Dr. Stanley believed that violence in society could be reduced.

While involuntary sterilization was legal in California, and in many parts of the country at the time, the number allowed in prisons was limited. Dr. Stanley began his rejuvenation experiments in 1918 by asking for volunteers for what he called “asexualization.” He advertised it as a procedure that would increase their “general health and vigor,” and that it would increase their libidos to boot. By 1940, 600 prisoners had volunteered to be sterilized. (Ethan Blue. The Strange Career of Leo Stanley: Remaking Manhood and Medicine at San Quentin, 1913-1951, 2014) 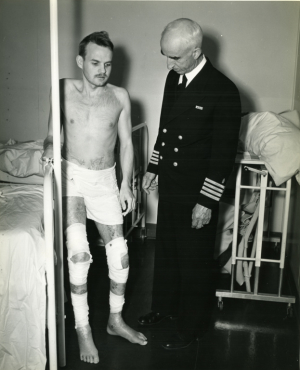 He removed the testicles of executed prisoners and grafted them into living prisoners, and also transplanted animal testicles in prisoners, and performed forced sterilizations on prisoners. (Eugenics and Testicle Transplants, Prison Law Blog, 2010)

“Stanley retired in 1951 and took a position as a doctor aboard a cruise ship. He himself underwent a vasectomy, apparently believing his own hype about their benefits. He died in 1976 at the age of 90. It is interesting to note that despite his beliefs in eugenics and his fear that inferior stock would take over the human population, Dr. Stanley never had any children of his own.” (Ethan Blue, 2014)