December, 1990: FDA issued a waiver from informed consent to permit the Department of Defense to use unapproved, experimental drugs and vaccines – e.g. anthrax vaccine on soldiers. This violated the foremost “absolutely essential” mandatory ethical principle defined by the Nuremberg Code which was promulgated by U.S. judges under the authority of the U.S. Army.

In 1991, CBS “60 Minutes” with Mike Wallace broke the silence about US servicemen having been exposed to mustard gas experiments during World War II. The report was written by Charles Thompson II who won an Emmy for it.

In 1991, the Veterans Administration requested a committee of the Institute of Medicine (IOM) to assess the causal relationship between these diseases and exposure to the toxic agents. The committee heard testimony “smoldering with betrayal” by a sad procession of veterans in their 60s and 70s who testified of the pain they had endured since the Navy lured them into secret mustard gas experiments during World War II. They described physical ailments such as skin cancer, loss of sight and hearing, shortness of breath and digestive illnesses which they believe are linked to the long-secret experiments.

The IOM found that by the end of 1945, more than 60,000 American service personnel had been used as human subjects in chemical experiments that exposed them to highly toxic mustard gas and Lewisite, an arsenic-containing agent. The IOM determined that although they were called “volunteers” they had been coerced and were not informed about the risks. More than 4,000 men had been used in trials using high concentrations of mustard gas and Lewisite. The men had been threatened not to disclose their involvement in the experiments; and they kept silent for 55 years.

1991: Veterans Who Were Used as Guinea Pigs Break their Silence
In 1991, after the Gulf War ended, U.S. veterans who had been used as guinea pigs in horrific human experiments; and have suffered serious disabling harm as a result of these experiments; broke their forty- year silence. They had kept the secret as they had been threatened with imprisonment if they told anyone about the experiments. The veterans came forward because they were denied compensation for their injuries by the Veterans Administration. A committee of the Institute of Medicine (IOM) was charged with investigating the nature of the experiments and holding public hearings. The public learned about their horrific experience for the first time.

“The Germans put Jews in the gas chamber. The United States put their men in the gas chamber… We had no idea there would be a chance of permanent damage to our health… many sailors were burned so badly that it was too painful for them to wear clothes.” (Ross)

“Every day, their exposure to mustard gas and Lewisite, a poisonous gas made from arsenic, was increased. Many were tested for an hour a day for weeks.

The chamber was a tightly sealed room where fans blew across large chunks of ice to increase the humidity, boosting the gases’ potency. At one end of the chamber, an open pipe delivered the chemical agents through the wall, while a Navy corpsman watched through a window.”  (Mark Thompson. Philadelphia Inquirer, 1992) 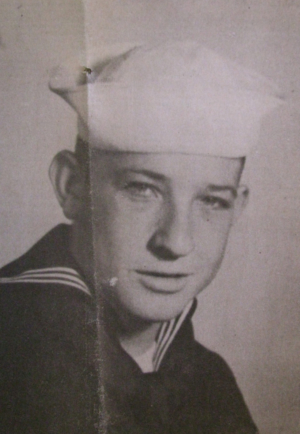 In 1943, Jenkins was 17 years old when he joined the Navy. After boot camp he was enticed into enrolling in mustard gas experiments. Jenkins was locked into a gas chamber at the Naval Research Laboratory in Anacostia, Washington DC, within sight of the US Capitol.

He never regained his good health; he suffered from a variety of medical problems attributed to his exposure to mustard gas. Jenkins was among the first to come forward and break the silence. In 1986 he told his story of being a “human guinea pig” to the Venice Gondolier. He told the Gondolier that he had been burned over most of his body during these experiments and that he had been warned never to reveal to anyone about the experiments. Jenkins had a copy of one page of the regulations given to the sailors which stated “Tell no one or face life in prison.”

The “60 Minutes” expose was followed by Congressional investigation. The veterans had the support of Congressman Porter Goss (Republican from Florida) who was instrumental in pursuing a vigorous investigation. [Goss later became CIA director]

“Month after month Veterans Administration officials in the capital and at the state level kept denying they knew anything about secret gas experiments Jenkins was involved in. Stonewalling the media, they maintained they had no records that showed the former sailor had been exposed to toxic gas during Naval experiments.”

However, Congressional investigators found proof; they discovered Jenkins’ medical record and hundreds of other sailors records who had been the Navy’s “gas guinea pigs.” Jenkins died in 2013. His obituary said nothing about his focal role in bringing the experiments to light. (Don Moore. Glenn Jenkins, A Navy Vet Who Caused a Federal Inquiry on Mustard Gas (2013) and Glenn Jenkins Still Fighting the VA Over Benefits After 18 Years  (2004) 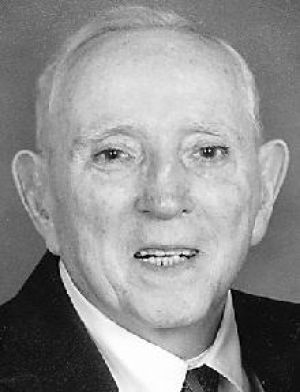 Schnurman was a 17-year old Navy serviceman in 1944 when he was given a three day pass in return for being a guinea pig at Edgewood Arsenal where he was locked in a gas chamber filled with the toxic gas.

“When something went wrong with his mask, he asked to be let out, but was refused. After he vomited into his mask passed out and had a heart attack… only later [did he] discover that somebody had dragged him into the fresh air. “I was carried from the chamber and left for dead by the side of the road.”

Nathan Schnurman had been battling the VA for twenty years in an effort to seek his medical test records and compensation for his injuries. He was accused of being a malingerer; only when he was about to appear on CBS 60 Minutes did the VA grant him full disability pension. He stated, “The status of volunteer disappeared. We were used and abused, lied to and lied about.” At a January press conference, he raised the question: “What did the VA know and when did they know it?” (Bulletin of Atomic Scientists, March, 1993, p. 41– 42) )

Patrick Cockburn’s report, US Navy Tested Mustard Gas on its Own Sailors, was published in the UK Independent (1993):

“The bitterness of the veterans who were used as guinea pigs at Anacostia and Edgewood stems from the refusal of the armed forces to acknowledge what had happened to them. Until 1991, they had to prove that their ailments were the result of poison gas, an almost impossible task. Many, who had been told that the Espionage Act would be used against them, did not even tell their doctors what had happened. Doctors at Saipan in the Pacific diagnosed Mr Jenkins as having tuberculosis until a doctor with experience of the First World War realised that his lungs were showing signs of mustard gas damage. Mr O’Berry returned to Richmond, went blind in one eye and, unable to get a better job, ran a sandwich bar.

The navy’s own reports, entitled ‘Chamber Tests with Human Subjects’, dated 1943 and now declassified, are extraordinarily blase about the results of the experiments. They say: ‘Occasionally there have been individuals or groups who did not co-operate fully. A short explanatory talk and if necessary a slight verbal ‘dressing down’ have always proved successful.’

The experiments were for nothing. Mustard gas was used just once in the Second World War by the Allies, and then by accident. Fearing Hitler would use poison gas against advancing Allied troops in Italy in 1943, the US sent a liberty ship called the John Harvey, loaded with mustard gas bombs, to Bari harbour to retaliate if necessary. A surprise German air attack on 2 December sank the ship and mustard gas spread across the harbour. More than 1,000 civilians died. Winston Churchill, fearing that Germany would exploit the incident, purged all mention of mustard gas from British reports, and directed that casualties be attributed to ‘enemy action’.” (Independent, 1993)