A Judicial Decision: a Victory for Open Access to Pharma Data

A Canadian Federal Court decision (July 9, 2018) is a victory not only for Dr. Peter Doshi who filed a suit to gain access to pharmaceutical data, against the Attorney General of Canada; it is a victory for “open access” and affirmation of the importance of  “freedom of expression.”

“Freedom of expression certainly includes the freedom to disseminate research results, even where those results are controversial or contrary to accepted opinion.”  [Emphasis added]

Researchers must also be free to choose how they will formulate their results. In this context, the ability to quote sources and supporting material is crucial. Without references to sources, research results may be viewed as mere opinion. An opinion is only as good as the facts on which it is based. If they are unable to communicate those facts, researchers will be significantly hampered in the dissemination of their results. The possibility of conducting an informed public debate will be eroded”. 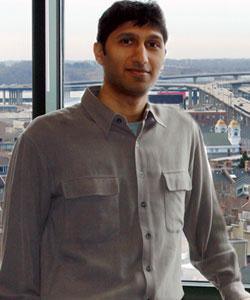 Dr. Peter Doshi, Assistant Professor, University of Maryland, and Associate Editor, the BMJ, sought judicial review by a federal court following the rejection by the Canadian government –i.e., Health Canada – to provide access to pharmaceutical company clinical trial data that is in its possession. The data concerns government-approved marketed drugs and vaccines. Government oversight agencies in the U.S. Canada, the U.K, the EU, and Australia have shielded as “confidential” pharmaceutical company data, refusing access to the data to scientists for independent analysis.

Inasmuch as the claimed findings cannot be independently verified, this has resulted in the entire scientific literature about prescribed drugs and vaccines to be largely unvalidated; its veracity has not been verified. The court noted:

“Without access to detailed clinical data, health professionals and researchers are unable to perform independent analyses of the evidence underlying published research findings and Health Canada’s regulatory reviews.  This approach limits transparency and misses opportunities to promote greater confidence in the oversight of drugs and medical devices.

Yet, many childhood vaccines are government-mandated based on company safety claims. An examination of the thousands of serious adverse events reported (for example) to the U.S. surveillance reporting system [AERS for drugs; VAERS for vaccines] shows an enormous disparity between the empirical evidence of harm reported and the safety claims in the published scientific literature.

“Dr. Doshi stated that he would use the data for two distinct projects. First, he would conduct a “systematic review” of regulatory data (also known as a “Cochrane review”), which he describes as a “well-established methodology for exhaustively and critically reviewing all randomized controlled trials and research studies” Second, he proposed to undertake a “methodology project,” “focused on improving the methodology of evidence synthesis and appraisal of regulatory documents.”

Health Canada thereupon rejected Dr. Doshi’s request for the data on February 7, 2017, citing “current policy and practice” which is to deny access to information without a confidentiality agreement, such as those imposed by pharmaceutical companies  on its paid academic consultants. Dr. Doshi then sought judicial redress arguing that access to the clinical trial data (i.e., transparency) was in the public interest, and was one of the purposes for the enactment of Vanessa’s Law. The court noted as follows:

“Broadly speaking, legislation concerning drugs pursues two categories of purposes: protecting the health and safety of the public and promoting the economic interests of Pharmaceutical companies….

Clinical trials are a crucial component of the new drug development process. Clinical trials, however, have come under closer scrutiny. The materials submitted in support of Dr. Doshi’s application show important concerns with the manner in which clinical trials currently take place. Clinical trials are undertaken by researchers under contract with pharmaceutical companies. Their results are usually kept secret. While those results are provided to regulators such as Health Canada, pharmaceutical companies have insisted that they constitute confidential business information that regulators should not make public.

Yet, publicly disclosing clinical trial results may be beneficial to public health. There are concerns that the conduct of those tests may be biased, or that pharmaceutical companies selectively publish results that favour their interests. Increased public scrutiny of the work of regulatory agencies, such as Health Canada, may uncover regulatory failures. In this regard, Dr. Doshi states in his affidavit:

[…] analyses of regulatory data, such as clinical study reports, can overturn conclusions previously thought to be reliable, altering the risk-benefit assessment that is central to the authorization and use of medicines.[12]

Dr. Doshi also provides an example where independent researchers were able to question the results of published studies and to shed light on the high risks associated with the use of certain drugs:The conclusions of a highly cited journal article reporting the results of a randomized trial of paroxetine in children and adolescents (Study 329) were contradicted by an independent analysis undertaken by researchers who gained access to previously confidential clinical study reports, electronic individual patient data, and completed case report forms. Based on these data, these researchers re-published the study in The BMJ […], correcting the previous misleading publication. This reanalysis found that paroxetine was not clinically or statistically more effective than placebo but carried significant increases in risk of suicidal ideation and behavior.

For these reasons, many people have advocated for greater clinical trial transparency.