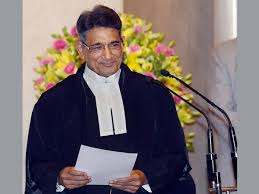 “Human beings are being treated like animals”  R.M. Lodha, former Chief Justice of the Supreme Court of India

An opinion article in The Sunday Guardian by Jacob Puliyel, MD, focuses on the plan to conduct unethical medical experiments in which  human beings are deliberately infected with infectious diseases in order to develop possible vaccines. These experiments are classified as “human infection model”. They are to be conducted first, in India, a population that the pharmaceutical industry very often exploits with impunity.

Such experimentation on human beings crosses the line of permissible medical experiments as defined in the Nuremberg Code. Such a development should raise loud alarm bells because it signals a return to ghastly human experimentation made possible by the collusion of government with the chemical/ pharmaceutical industry. 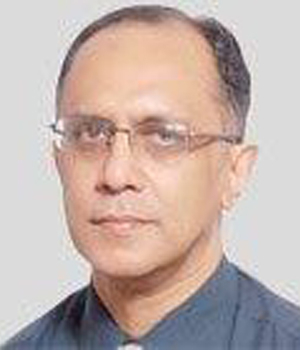 Primum non nocere—“first, do no harm”—is a basic tenet of medical ethics. That is about to change in India. “Controlled Human Infection Method” (CHIM) studies are planned to be introduced here. Humans are to be deliberately infected with diseases to test the efficiency of experimental vaccines. It will provide a shortcut to vaccine licencing and reduce costs to manufacturers.

At Hotel Taj Palace, from 19 -21 November, under the rubric of the “World Conference on access to medicinal products”, the ICMR and the DBT plan to introduce CHIM studies. According to the Economic Times, even vaccine manufacturers are advising caution before allowing such a radical departure from standard practice.

The Translational Health Science and Technology Institute (THSTI), under the DBT, is spearheading the efforts under the banner of a mysterious “India Volunteer Infection Research Consortium”. Dr Y.K. Gupta, principal advisor, THSTI, has said that “initially, such studies should only be allowed in high-quality academic institutions… Similarly, at least initially, only healthy, educated adults should be included in a CHIM study”. The promoters are clear that such concessions are needed only initially.

So, the “initial” studies are to be done on drug-responsive malaria, typhoid and flu (which is self-limiting). It is claimed that CHIM volunteers are to be infected with a weakened strain of the pathogen. However according to biologics development consultant Dr K.B. Walker “a safe, well characterised strain will lose some semblance to the real “challenge” organism and so weaken the relevance of CHIM in informing further clinical development”. This defeats the main objective of doing such studies.

Also, what is the use of doing studies on easily treated disease? The real need is for vaccines against dangerous diseases like Ebola. After the initial human revulsion against CHIM has been overcome, we can expect trials with Ebola infection and similar plagues. After the “initial” stages, we can expect these studies will not be limited to academic institutions and contract research organisations (CROs) will do these studies more efficiently. This is a slippery slope. Once the Rubicon is crossed, there may be no coming back.

The country remembers what happened when the government tried to encourage the inflow of foreign exchange for clinical trials from abroad with tax cuts and relaxing local laws. The cost of doing clinical trials in India was half of what it cost in other countries in the West, even counting kickbacks to local doctors. There was a spurt in such trials. However, lax governmental regulation had to be tightened after 1,725 deaths among trial participants were reported. Justice R.M. Lodha commented about these trials saying, “human beings are being treated like animals”.

Writing in Hindu Businessline, a group of ethicists and legal experts have raised a number of questions about these CHIM that need to be answered. 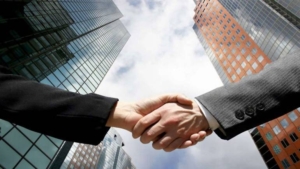 In a country, where adverse events during a government-funded rotavirus trial are yet to be disclosed despite repeated appeals going up to the Supreme Court,

Even in developed countries, participants are known to join multiple trials for the high payments, despite the discomfort and the risks posed by repeated infections, according to the article in Hindu Businessline.

The Alliance for Human Research Protection (AHRP) is presided over by Vera Sharav, a survivor from Hitler’s holocaust. The AHRP has called the proposed studies on human volunteers in India, “a vaccine experiment atrocity”.

CHIM studies cannot be done in countries like India where research regulation is poor and research transparency is non-existent. One must prevent exploitation of the public by vested interests.

Jacob Puliyel is a paediatrician. The opinions expressed are his own.

*Dr. Puliyel is a member of the Distinguished Advisory Board of The Alliance for Human Research Protection.