The New York Times has published a series of reports about rampant abuse at state-facilities for the mentally / developmentally disabled. This latest report report is about the an investigation by the Justice Department about experiments on hydration and sexual arousal that have been illegally carried out at the Glenwood Resource Center, a state-run residence for on disabled people in Iowa. This state-run home for 200 residents had already been investigated previously about a pattern of abuse, and the unusual number of deaths. The New York Times reports:

“This year, The Des Moines Register reported that 14 severely disabled residents of the center died between June 2018 and April 2019, more than twice the usual rate of deaths there. Three more residents of the center, which is home to about 200 people, have died in the last eight weeks, state officials said. News of the Justice Department investigation, described in a November letter and previously reported by The Register, has rocked state government.

The Glenwood center’s superintendent, Jerry Rea, was placed on administrative leave this month, and officials said more changes were possible. Dr. Rea, who at another job listed as a research interest “deviant sexual behavior in persons with developmental disabilities.”

A letter sent last month to Ms. Reynolds by Eric S. Dreiband, an assistant attorney general in the Justice Department’s Civil Rights Division, said federal officials were looking into “whether the state of Iowa engages in a pattern or practice of violating the federal rights of residents” by providing them inadequate medical care, allowing unnecessary injuries to occur and subjecting them to “harmful and uncontrolled human subject experiments.”

The Des Moines Register reports that:

In 2017, Glenwood was fined $40,000 for abusing residents with physical and mental disabilities. Staff members were accused of hitting, berating and sexually harassing residents. Thirteen workers were fired or resigned in that scandal, and five were convicted or pleaded guilty to charges of wanton neglect of a health facility resident, and served time in jail.  Staff members  were accused in 2017 of sexually and verbally abusing their patients. One staff member resigned as a result of the allegations.

The Justice Department investigated the institutions about 20 years ago. The department recommended “remedial steps” for both facilities to improve their care, focused specifically on Woodward’s excessive use of restraints, Glenwood’s medical care and “both facilities’ psychiatric and psychological care and community placement programs,” according to Justice Department records.

What prompted the investigation was not provided in the letter. Iowa officials did not provide the Register with details about the incident or incidents that may have prompted the federal action.

The Iowa Department of Human Services, the state agency that oversees both facilities, confirmed the investigation. A spokesman said the department would conduct its own “fact-finding effort” to determine “what, if any, immediate actions are necessary prior to the conclusion of the DOJ investigation.”

The most recent in a series of reports in the Times series that have focused on rampant abuse at New York State facilities for people with developmental disabilities was published in June 2019:  Residents Cowered While Workers at a Group Home Smacked and Pushed Them, Benjamin Weiser and Danny Hakim which is based on hundreds of pages of disciplinary records obtained by The Times. These involve New York State residential facilities for the developmentally disabled, from 2015 to 2017. The documented evidence confirms that during the eight years of Andrew Cuomo’s administration, physical and sexual abuse and brutality are rampant in New York State residential facilities, which number 1,000.

As informed by a whistleblower, the people who worked at the brick building that housed 24 developmentally disabled residents called it the “Bronx Zoo.” 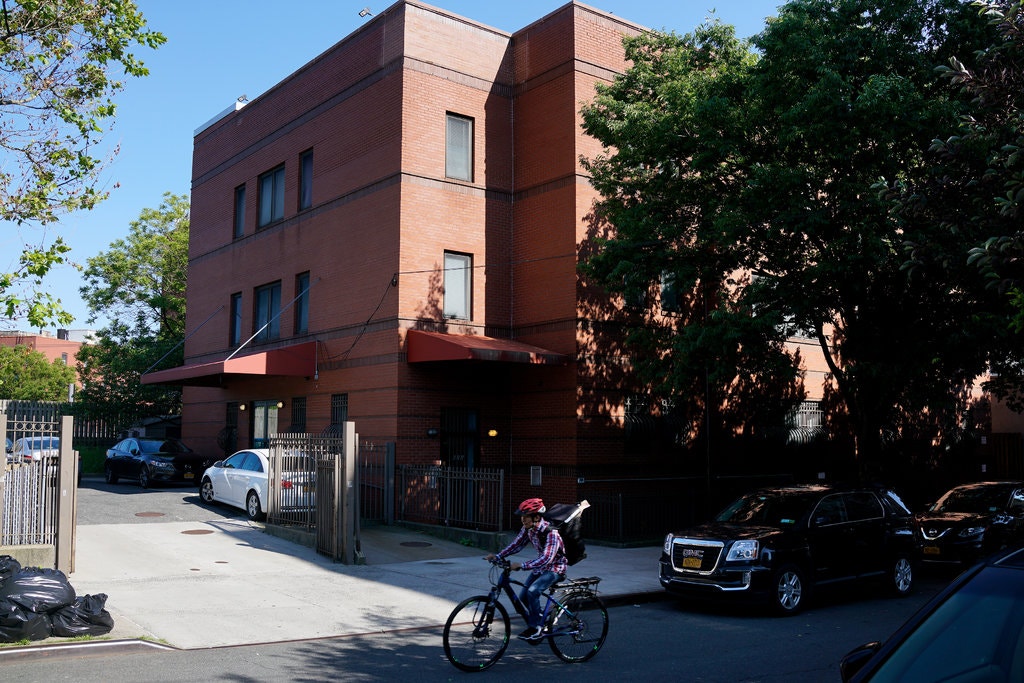 “One worker regularly hit a resident while he ate, making him cower in fear at mealtimes. Another worker would repeatedly “smack, punch and push” a female resident, sometimes when she tried to watch staff members cook. A female worker sat in the lap of a male resident who used a wheelchair, placing his hands on her breasts and moving provocatively while other employees laughed and cheered, according to records and depositions.”

A review of this facility’s disciplinary record, the Times “found that when officials tried to fire 13 employees for abuse or neglect at the home, they failed each time.” Although the allegations of physical abuse by these employees were substantiated, the abusive workers were shielded by the New York State arbitration process, and by the disability of the individuals with developmental problems. Their inability to provide credible testimony in a court of law renders them especially vulnerable to abuse. The failure by the justice system to make accommodation for their disability means that abusive employees who brutalize and endanger the lives of vulnerable human beings, return to their job as if nothing happened.

Eight years ago, The Times reviewed thousands of pages of disciplinary files for 233 workers. These files document Not only is the litany of sexual abuse and brutality by staff employees in such residential facilities recorded, but

“more than one-third of the employees statewide found to have committed abuse-related offenses at group homes and other facilities were put back on the job, often after arbitration with the worker’s union…Recycling abusive employees has long been an endemic problem. In a quarter of substantiated abuse cases, employees were transferred to other homes rather than fired, including in cases involving sexual assaults.”

The state investigation — and a 2016 civil rights lawsuit filed on behalf of three residents of the Bronx facility against state officials and staff members — reinforced that well-meaning employees have long faced intimidation at an agency with a history of thwarting and even violating the confidentiality of whistle-blowers.

In 2017, Heather Roselli pleaded to be moved out of the group home in Rochester, stating in an emergency call that she was “concerned that she will be killed there.”  She was killed by two workers who pinned her to the floor. They pleaded guilty in connection with her death. Her stepfather, Keith Parks, said:

“They’re not hiring the right people. You have to be a caring, compassionate individual to be in these settings. These are not machines; these are not shelves you are stocking. These are human lives.”

The Times reports that in 2013, in response to its articles, the Cuomo administration created the Justice Center for the Protection of People With Special Needs to investigate abuse. But critics have said it was poorly conceived, and judges have repeatedly challenged its power to prosecute cases. The center claimed that it had an 85% conviction rate in the 174 cases that it prosecuted over 5 years.

The Hartford Courant reported about the abuse at its state-run group homes in 2013 Abuse, Neglect Cited As Factors In Deaths Of Dozens of Developmentally Disabled In State Care By Josh Kovner, Matthew Kauffman, And Dave Altimari,

A follow-up by the Hartford Courant in 2016:After Courant Investigation, Feds Find State Failing To Keep Developmentally Disabled Safe