A Bioethicist’s Voice in the Wilderness 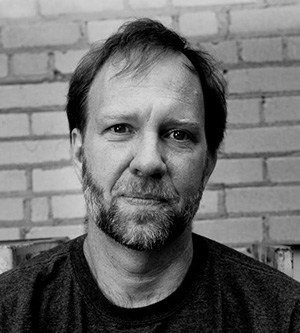 Carl Elliott, MD, who has  the moral gumption to stand up and speak out against “the toads and bullies who preside over academic medical centers” — including his own institution’s deplorable, but profitable human experiments in psychiatry —  is especially revolted by the hucksters who call themselves bioethicists.

In a recent post on his blog, Fear and Loathing in Bioethics he writes,

“Over the past twenty–five years, American bioethics has become an insider’s game…Today, questions in bioethics are largely asked, debated and answered by people working inside a morally dubious healthcare system. As a result, these insiders worry that their answers might cost them their jobs.”

“Moral distress is an entirely reasonable response to the American medical system. Anyone who has not been lobotomized would feel moral distress when her conscientious efforts to keep patients safe are crushed.”

Dr. Carl Elliott draws the distinction between ordinary people who are confronted with immoral conditions which they had no hand in creating, and bioethicists who, he notes, “created the conditions for their own moral distress.”

“They did so when they chose to embed themselves within the institutions of medical power, rather than pressing for change from the outside. Bioethicists work for medical schools and hospitals and pharmaceutical companies. They are employed by the American Medical Association and the National Institutes of Health. Some of them even work for presidential commissions. But they don’t work for the ACLU or Physicians for Human Rights. They do not commit acts of investigative journalism and expose medical scandals. You will not see crowds of bioethicists holding signs outside the offices of Pfizer, Lilly, Bial or SFBC International, demanding justice for exploited research subjects.”

Most bioethicists, he notes, have a designated professional role in a medical institution and their role prescribes requirements that limit what it is proper for them to do. Disputes in bioethics are not moral battles, but bureaucratic disagreements. They are debated with memoranda, guidance documents, and minutes of the prior meeting — nothing substantive is ever broached. As institutional employees, they are duly restrained.

“They can speak out in a meeting. They can write a strongly worded letter. They can even resign, if it comes to that. But they can’t go to the press, or write a muckraking magazine article…Even when bioethicists are outraged, they can’t help sounding like Presbyterian ministers delivering the annual stewardship sermon.”

In other words, they are circumscribed from taking any meaningful relevant action to challenge authority even when gross injustice has been committed.

For example, the persecution of Dr. Nancy Olivieri, an internationally renowned expert on blood disorders in children, who was the lead researcher in a 1996 trial testing the drug deferiprone in babies with a rare blood disorder. The trial was sponsored by its Canadian manufacturer Apotex. Dr. Olivier’s conscientious professional decision to inform both the parents of babies in the trial about her discovery of the drug’s hazardous effect, and to inform the hospital’s research ethics board — as was her moral and professional duty — her action resulted in years of recrimination, intimidation and vindictive legal assaults. The bioethics community turned its back and remained silent. (Read Francoise Baylis. The Olivieri Debacle: Where Were the Heroes of Bioethics? Journal of Medical Ethics, 2004; Canadian Association of University Teachers. The Olivieri Report, )

Bioethicists serve mostly as the apologists for the corporate and institutional interests –i.e., the status quo. Carl Elliott quotes an anonymous member of an Institutional Review Board (IRB) who, in hindsight perceived that fear was the reason why IRB members are so impotent.

“Community Members [are] fearful of overstepping boundaries; physicians [are] fearful of the institutional, professional and monetary repercussions of a critical vote; an IRB [is] fearful of documented discussion about the grey areas of risks of one sort weighed against benefits of a different sort.”

“That sentence nicely captures the feeling: fear, but not terror or panic; submission to authority, but not over a great moral crisis. Rather, it is a sense of vague dread and menace, not unlike the emotional response that might come from suspecting your apartment has been bugged by the Stasi. No need for overt threats or intimidation, no need to call in the General Counsel or change the locks on anyone’s office door. All that’s needed to keep people from stepping out of line, as Giles Scofield writes, is “peer pressure, the silent treatment, whisper campaigns.”

“The machinery of the medical–industrial complex grinds up conscientious people because those people can see no remedies for injustice apart from the bureaucratic procedures prescribed by the machine itself. The answer to injustice is not a memorandum of understanding or a new strategic plan. It is public resistance and solidarity.”

Indeed, I encountered similar acknowledgment of impotence by an academic IRB member following a presentation that I made arguing against the renewal of drug trials at penal institutions. (Cheaper than Chimpanzees, 2005) The meeting was convened by the Institute of Medicine in San Francisco. I was the only presenter at that meeting who argued against this rolling back of federal regulatory protections. When I concluded, an IRB member of UC whispered in my ear “you are right!” I asked why don’t you protest at IRB deliberations? She rolled her eyes somewhat apologetically.

As Carl Elliott correctly points out,

“The machinery of the medical–industrial complex grinds up conscientious people because those people can see no remedies for injustice apart from the bureaucratic procedures prescribed by the machine itself. The answer to injustice is not a memorandum of understanding or a new strategic plan. It is public resistance and solidarity.”

[Dr. Elliott and Dr. Olivieri are among the exemplary professionals selected by AHRP for its Honor Roll.]