The case filed against Johnson & Johnson by Allen Jones and the State of Texas was recently postponed until November. But some of the documents from the case are now publicly available at the Travis County, Texas courthouse.

The confidential Expert Witness Report by Dr. David Rothman of Columbia University (October 15, 2010), is the most damning document that we’ve seen in which not only is J & J’s “detestable” conduct–as described by Judge Couch who presided over the court decision against J & J in South Carolina–laid bare, but Rothman’s report also describes the shameless active collaboration by prominent academic psychiatrists–including the Chairman of the DSM-IV. 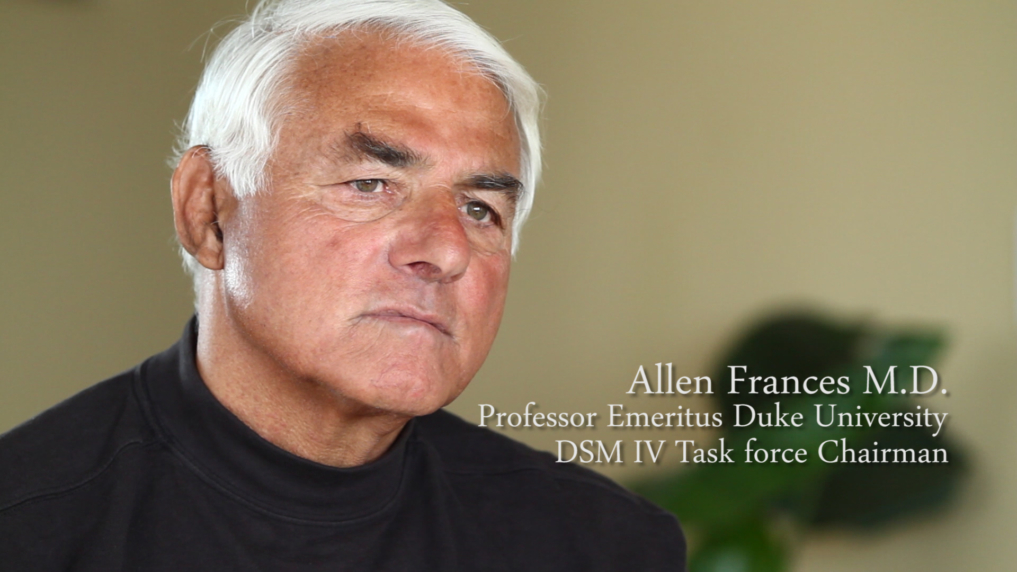 “Not only were Frances, Docherty, and Kahn ready to violate standards of conflicts of interest in mixing guideline preparation with marketing for J&J, but also in publicizing the guidelines in coordination with J&J. The three men established Expert Knowledge Systems [EKS]. The purpose of this organization was to use J&J money to market the guidelines and bring financial benefits to Frances, Docherty, and Kahn.” (David Rothman Expert Witness Report, p. 14)

Excerpt from Rothman Report describing the inception of the Tri-University Guidelines, page 14+ [link]

“As one of its first activities, and in disregard of professional medical ethics of principles of conflict of interest, in 1995 J&J funded a project led by three psychiatrists at three medical centers [Duke, Cornell, and Columbia] to formulate Schizophrenia Practice Guidlines. From the start, the project subverted scientific integrity, appearing to be a purely scientific venture when it was at its core, a marketing venture for Risperdal. In fact, the guidelines produced by this project would become the basis for the TMAP algorithms, giving a market edge to the J&J products in Texas. (emphasis in original)

Three psychiatrists, Dr. Allen Frances, Chairman of the Department of Psychiatry, Duke University, Dr. John P. Docherty, Professor and Vice Chairman of Psychiatry, Cornell University and David A Kahn, Associate Clinical Professor of Psychiatry, Columbia University, took the lead in designing and developing the Tri-University Guidelines. The project would employ three questionnaires to establish the guidelines: one went to academic experts, one to clinicians, and one to policy experts. Including the third group was in all likelihood J&J’s idea as witness to the fact that Frances wrote J&J:

“This is new to us and requires additional discussion. The panel members would include mental health commissioners, community mental health directors, NAMI representatives, experts in pharmacoeconomics, and so forth.”

“These were precisely the constituencies that J&J was eager to influence. J&J was the exclusive supporter of the project, dividing an “unrestricted” grant of $450,000 among the three schools. It further agreed to a $65,000 bonus incentive payment if the team was timely with its product. The team met the requirement, requested the additional payment, and received it.

The guideline team promised wide distribution of its product, including publication in a journal supplement. The team was prepared to have J&J participate in its work, not keeping the company even at arms length. With a disregard for conflict of interest and scientific integrity, the group shared its drafts with J&J. On June 21, 1996, Frances wrote Lloyd: “We are moving into the back stretch and thought you would be interested in seeing the latest draft of the guideline project… Please make comments and suggestions.” So too, the group was eager to cooperate with  J&J in marketing activities. Frances wrote without embarrassment or equivocation: “We also need to get more specific on the size and composition of the target audience and how to integrate the publication and conferences with other marketing efforts.”

Indeed from the start J&J had made it apparent to the team that this was a marketing venture. In a letter to Frances, Lloyd set forth what he called an “aggressive time line” for the project, and added: “There are a number of other Treatment and Practice Guidelines for schizophrenia being developed or published during this same period that may well serve our marketing and implementation needs at a substantial lesser cost.”

“Not only were Frances, Docherty, and Kahn ready to violate standards of conflicts of interest in mixing guideline preparation with marketing for J&J, but also in publicizing the guidelines in coordination with J&J. The three men established Expert Knowledge Systems [EKS]. The purpose of this organization was to use J&J money to market the guidelines and bring financial benefits to Frances, Docherty, and Kahn.

EKS wrote to Janssen on July 3, 1996 that it was pleased to respond to its request to “develop an information solution that will facilitate implementation of expert guidelines.” It assured the company: “We are also committed to helping Janssen succeed in its effort to increase its market share and visibility in the payor, provider, and consumer communities.” Now that the “first phase” was completed, with guidelines created, “EKS is now ready to move forward in a strategic partnership with Janssen.” The strategy will allow Janssen to influence state governments and providers… Build brand loyalty and commitment with large groups of key providers around the country.”

EKS also promised “rapid implementation,” with particular attention to having an impact on Texas decision making. “It is our intent to work with the State of Texas immediately in implementing this product in a select number of CMHC’s with the assistance of A. John Rush, MD.” Again, EKS emphasized: “It is essential for Janssen to distinguish Risperidone from other competitors in a timely and creditable way.” In its Summary of the document, EKS wrote: “Your investment in the development of state of the art practice guidelines for schizophrenia is already beginning to pay off in terms of positive exposure in the Texas implementation project.”

The costs for these various activities included: $250,000 for “educational conferences;” and dissemination of publication at $177,659. J&J agreed to them. So all told, J&J paid at least $942,659 on the production and marketing of the Tri-University guidelines.

Endonuclease Fingerprint Indicates a Synthetic Origin of SARS-CoV-2  SARS-CoV-2 is the virus that caused the disease COVID-19.   END_OF_DOCUMENT_TOKEN_TO_BE_REPLACED