Once again, the Massachusetts Medical Society selected a professor from the Harvard School of Public Health, to replace Dr. Jeffrey Drazen as the Editor-in-Chief of the New England Journal of Medicine.

Dr. Eric Rubin is an endowed professor of Immunology & Infectious Disease and Chairman of the Department of Immunology and Infectious Diseases at Harvard School of Public Health. Harvard University, its medical school and its School of Public Health have deep corporate and academic ties to the pharmaceutical industry whose inordinate influence is a matter of public record.  Harvard serves as a major training and recruiting center for key leadership positions in medicine, public health and public policy.

Dr. Rubin’s research lab focuses on developing a vaccine for tuberculosis, and on new infectious diseases spread by mosquitoes — such as Zika and dengue. Question is, will Dr. Rubin follow in Dr. Drazen’s footsteps or in the prior Editors-in-Chief  — Dr. Marcia Angell and Dr. Jerome Kassirer — who denounce academic medicine’s financial ties to industry?

The Ties that Bind

The New England Journal of Medicine‘s Corrupting ties to Pharma:

As drug industry’s influence over research grows, so does the potential for bias

Selective Publication of Antidepressant Trials and Its Influence on …

Dear NEJM: We both know that conflicts of interest matter. EMCrit

The pharmaceutical industry is no stranger to fake news – STAT

Ghost Management: How Much of the Medical Literature Is Shaped Behind the Scenes by the Pharmaceutical Industry?  PLoS Medicine

Harvard as Big Pharma, The Crimson 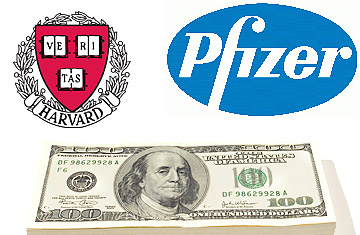