What if any, Scientific or Empirical Evidence Supports Use of Remdesivir as “Standard of Care”?

On April 29, 2020, Chinese remdesivir study was published in The Lancet , a premier scientific journal. The trial was stopped before completion because of serious adverse events in 16 (12%) of the patients compared to four (5%) of patients in the placebo group. On the same day, Gilead issued a press release announcing that it “was aware of positive data emerging from the National Institute of Allergy and Infectious Disease (NIAID) study.”

Based on the “positive data” from the NIAID study, the Food and Drug Administration approved emergency use of remdesivir against COVID-19 on May 1. 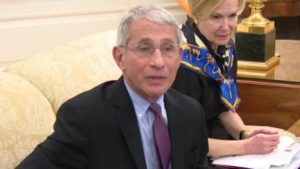 The same day, Dr. Anthony Fauci, who heads the President’s Coronavirus Task Force, and heads the NIAID, since 1984, has a vested interest in remdesivir. He sponsored the clinical trial whose detailed results have not been peer-reviewed. What’s more, HE declared the tenuous results to be “highly significant,” and pronounced remdesivir to be the new “standard of care.”
[See YouTube Video of his statement from the White House]

Dr. Fauci made the promotional pronouncement while sitting on a couch in the White House, without providing a detailed news release; without a briefing at a medical meeting or in a scientific journal – as is the norm and practice, to allow scientists and researchers to review the data.

As Holly Fernandez Lynch, a medical ethics professor at the University of Pennsylvania told Quartz.

When he was asked about a recently published remdesivir Chinese study, in The Lancet (April 29, 2020); a trial that was stopped because of serious adverse events in 16 (12%) of the patients compared to four (5%) of patients in the placebo group, Dr. Fauci dismissed the study as “not adequate.”

What Dr. Fauci failed to disclose to the public in his promotional pronouncement was that the primary outcomes of the study [NCT04280705] were changed on April 16, 2020. Changes in the Primary Outcome are posted on Clinical Trials.gov.

Changing primary outcomes after a study has commenced is considered dubious and suspicious.

Reuters News reported that highly respected prominent leaders in the medical community — such as Steven Nissen, MD, the chief academic officer at the Cleveland Clinic and Eric Topol, MD, director and founder of the Scripps Research Translational Institute in California – were unimpressed by remdesivir’s tentative, modest benefit at best. 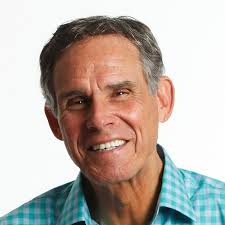 Referring to the Lancet report, Dr. Topol stated: “That’s the only thing I’ll hang my hat on, and that was negative.” As for the NIAID modest results, Dr. Topol was unimpressed: “It was expected to be a whopping effect. It clearly does not have that.” 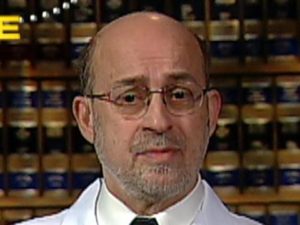 “I think that they thought they weren’t going to win, and they wanted to change it to something they could win on. I prefer the original outcome. It’s harder. It’s a more meaningful endpoint. Getting out of the hospital early is useful, but it’s not a game-changer.”

Whereas the Chinese study that Dr. Fauci denigrated, is a randomized, double-blind, placebo-controlled, multi-center peer-reviewed, published study in a premier journal, The Lancet, with all data available,  the NIAID-Gilead study results have not been published in peer-reviewed literature – nor have details of the findings been disclosed . However, they were publicly promoted by the head of the federal agency that conducted the study, from the White House. What better free advertisement?

As Jane Orient, MD head of the Association of Physicians and Surgeons wrote:

“As of this date [April 27, 2020], the total number of reported patients treated with HCQ, with or without azithromycin and zinc, is 2,333. Of these, 2,137 or 91.6 percent improved clinically. There were 63 deaths, all but 11 in a single retrospective report from the Veterans Administration where the patients were severely ill.”

What’s more, there is evidence that HCQ is effective as a prophylactic:
“Most of the data concerns use of HCQ for treatment, but one study included used the medication as prophylaxis with excellent results. Many nations, including Turkey and India, are protecting medical workers and contacts of infected persons prophylactically.

A comprehensive review of the scientific literature about hydroxychloroquine:

Pseudo-Science behind the Assault on Hydroxychloroquine by Leo Goldstein

Unlike other drugs being tested against the new coronavirus, remdesivir hasn’t received official approval for any use in normal conditions anywhere in the world against any illness. 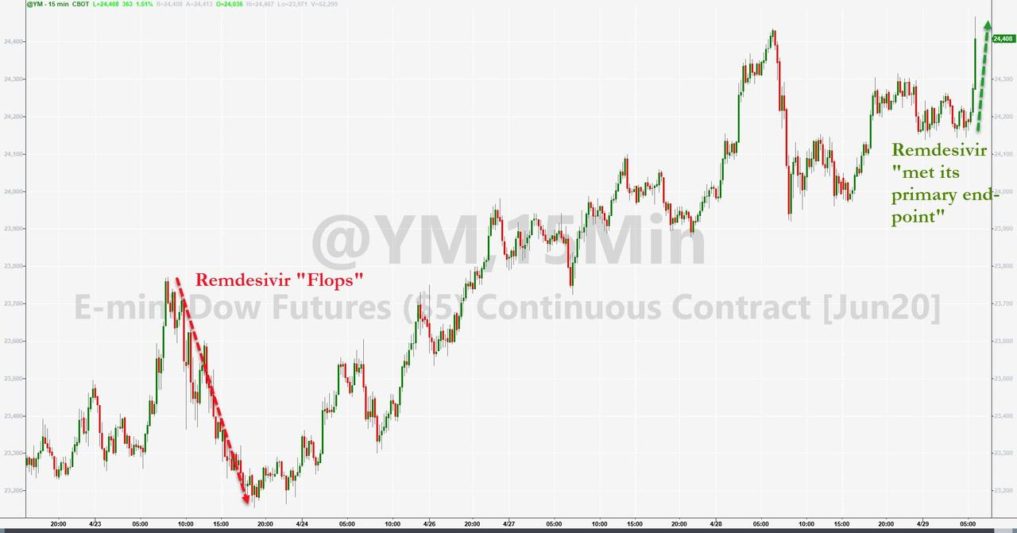 Reuters reported on May 5, 2020 that: Gilead in Talks to Expand Global Supply of COVID-19 Drug Remdesivir