Below is the Press Release issued by ICAN — the Informed Consent  Action Network.

After a prolonged tug of war with officials at the CDC, they acknowledged in Federal Court that CDC has no scientific basis for claiming, as it does on its website, and in public declarations, that “vaccines do not cause autism.”

The Emperor has no clothes. The basis for the incessant, widely made claims that “vaccines are safe and effective; vaccines do not cause autism” has no basis in science — There is NO SCIENTIFIC EVIDENCE WHATSOEVER.

This acknowledgement provides added confirmation to the acknowledgement in December 2019, by a consortium of highest level international vaccine authorities. They acknowledged the lack of vaccine safety science.

These authorities also acknowledged that due to widespread vaccination, herd immunity is no longer reliable:

on vaccine immunity. We have nowhere to go.”

Children are the initial target of aggressive, mandatory vaccination policies that are being enacted. A vast global, financially intertwined power structure has set in motion a vaccination agenda that will expand its target to vaccinate every man, woman and child on the planet by the year 2030.  Read The WHO Vaccination Agenda 2030: a Global PhRMA Strategy

AUSTIN,TX (March5,2020)—In a federal lawsuit filed by the non-profit Informed Consent Action Network (ICAN), the Center for Disease Control (CDC) has conceded it has no scientific studies to backup its long-declared assertion that vaccines given to babies do not cause autism.

The CDC claims on its website that “Vaccines Do Not Cause Autism.”1 Despite this claim, studies have found between 40% and 70% of parents with an autistic child continue to blame vaccines for their child’s autism, typically pointing to vaccines given during the first six months of life.2

Vaccines given during the first six months of life, according to the CDC ’s childhood vaccine schedule, include three doses each of DTaP, HepB, Hib, PCV13 and IPV, for a total of fifteen doses in these six months.3

https://youtu.be/gJUjnY_FGNQ In the summer of 2019, ICAN submitted a Freedom of Information Act (FOIA) request to the CDC for “All studies relied upon by CDC to claim that the DTaP vaccine does not cause autism.”4

ICAN also submitted this same request for HepB, Hib, PCV13 and IPV, as well as requesting the CDC provide studies to support the cumulative exposure to these vaccines during the first six months of life do not cause autism.5

Despite months of demands, the CDC failed to produce a single study in response to these FOIA requests.6

ICAN was therefore forced to sue the CDC in federal court, where the CDC finally conceded, in a stipulation signed by a Federal court judge, that it has no studies to support that any of these vaccines do not cause autism.7

In the stipulation, the CDC was only able to identify 20 studies:

>One relating to MMR (a vaccine ICAN did not challenge);

>Thirteen relating to thimerosal (an ingredient not in any of the vaccines ICAN queried);

>Five relating to both MMR and thimerosal; and

>One relating to antigen (not a vaccine) exposure.

On the CDC’s list of studies was a recent review by the Institute of Medicine (IOM), paid for by the CDC, which conducted a comprehensive review for studies relating to whether DTaP does or does not cause autism.8 The result was that the IOM could not identify a single study to support that DTaP does not cause autism.9 Instead, the only relevant study the IOM could identify found an association between DTaP and autism.10

In other words, the CDC listed a review in response to the FOIA requests that proves that there are no studies to support that DTaP does not cause autism. 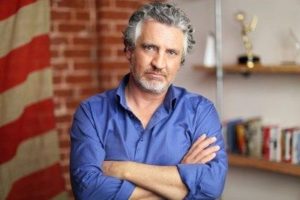 “The CDC complains that those raising concerns about vaccine safety are unscientific and misinformed,” says Del Bigtree, the Emmy-winning producer of “Vaxxed” and host of the weekly online fact-based science and health news program “The High Wire.” “But when we asked the CDC for studies to support its claim that ‘vaccines do not cause autism,’ it is clear that their claim is not grounded in science.

“When it comes to autism, vaccines are the one suspected culprit that the CDC claims to have exhaustively investigated,” Bigtree explains,“yet the CDC could not provide a single study to supportthatanyofthevaccinesgivenduringthefirstsixmonthsoflifedonotcauseautism.

“The most recent data from CDC shows that 1in36 children born this year in the USA will develop autism, ”Bigtree says.11 “This is a true epidemic. If the CDC had spent the same resources studying vaccines and autism, as it did waging a media campaign against parents that claim vaccines caused their child’s autism, the world would be a better place for everyone.”

This is another of ICAN’s numerous victories against federal health agencies regarding vaccine safety. Prior victories include:

>HHS concedes it has not provided a single vaccine safety report to Congress as required by the Mandate for Safer Childhood Vaccines in the National Childhood Vaccine Injury Act of 1986. ICANv.HHS,No.18-cv-3215(S.D.N.Y.)

>The Federal Food and Drug Administration (FDA) concedes that it does not have any clinical trials to support injecting the flu shot or Tdap vaccines into pregnant women. ICANv.FDA,No.18-cv-11237(S.D.N.Y.)

>The National Institutes of Health (NIH) concedes that the Task Force on Safer Childhood Vaccines has not made a single recommendation for improving vaccine safety during the period at issue.
ICANv.NIH,No.18-cv-2000(S.D.N.Y.)

>The FDA, pursuant to a FOIA request from ICAN, eventually produced the clinical trials it relied upon to license the current MMR vaccine which revealed that these clinical trials had in total of less than 1,000 participants and far more adverse reactions than previously acknowledged.

“The High Wire with Del Bigtree” broke this news today on its latest episode, which can be streamed on YouTube, Facebook,Twitter and its website TheHighwire.com,among other platforms.

The court stipulation and order can be found here: