The “norm and practice” of Pharmaceutical companies is to vehemently deny the most serious adverse side effects of their products. This industry’s success in concealing the truth about the serious harm caused by their drugs and vaccines has been aided and abetted by government officials in the FDA and the CDC. 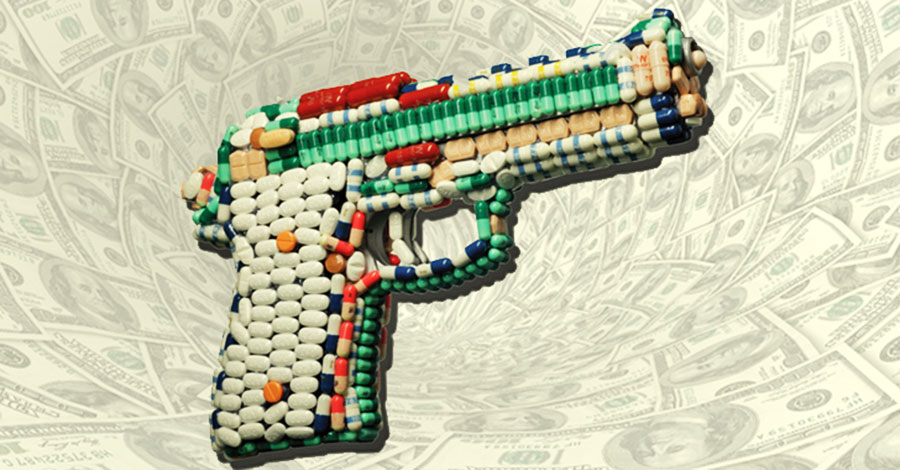 In the case of Prozac, and the other drugs in the SSRI antidepressant family of drugs, the worst adverse effects include uncharacteristic violent outbursts in the form of suicide and homicide — including mass shooting sprees. Manufacturers of these drugs have committed multiple serious crimes to cover-up the deadly side-effects of these drugs.

The Louisville Courier Journal reports that thirty years after Joseph Wesbecker went on a deadly shooting rampage in Louisville Kentucky, on September 14, 1989, the families and survivors of his actions have finally come forward to tell the truth. They were plaintiffs in a lawsuit against Eli Lilly because they had reason to believe that Prozac, manufactured by Lilly, had been the trigger that propelled Wesbecker on his violent rampage.   Eli Lilly had paid these plaintiffs $20 million in hush money to conceal damaging evidence about Lilly’s culpability in marketing defective, deadly drugs from the jury in the Wesbecker- Eli Lilly trial.

“On the eve of the jury’s verdict, which absolved Lilly of liability, the company made the secret payment without telling the judge overseeing the case. In exchange for the payment, the plaintiffs – eight estates and 11 survivors – agreed to withhold damaging evidence about the arthritis drug Oraflex that Lilly withdrew from the market. Lilly pleaded guilty to 25 criminal misdemeanor counts for failing to report adverse reactions that patients suffered from the drug, and the drug company feared that the Prozac jury would be more inclined to rule against the drugmaker if it learned of it.” 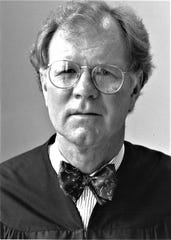 Circuit Judge John Potter, the judge in the case, suspected that Lilly bribed plaintiffs and their lawyers before the jury verdict. He uncovered evidence of bribery, and fought Eli Lilly for years but failed to obtain the terms of the deal. Lilly succeeded in keeping its criminal action from a judicial proceeding.  As is Eli Lilly’s norm and practice; it trashed the judge for his pursuit of the truth.

The pharmaceutical industry pays PR firms millions of dollars to create an image of “corporate responsibility”, an industry focused on finding cures for disease. Contrary to the PR image, the singular objective of pharmaceutical companies is increasing profits without regard for the harm their products cause.

The precursor of this culture of greed was the irresponsible, criminal marketing of the drug, Thalidomide to pregnant women (1957-1961). The scale of catastrophic harm caused by the manufacturer of that drug, Chemie Grünenthal, was staggering: 100,000 babies were either born dead or severely deformed. For almost 50 years the company denied its culpability; protected by the German government, it refused to compensate the victims; the survivors were condemned to lifelong suffering.

The opioid addiction crisis and the epidemic of neurologically damaged children following vaccination with combined, multiple viruses in one session, are the current human casualties of this industry’s modus operandi.

The drugmaker that produces Prozac, the antidepressant that Joseph Wesbecker’s victims blamed for his deadly shooting rampage 30 years ago at Standard Gravure, secretly paid the victims $20 million to help ensure a verdict exonerating the drug company. Indianapolis-based Eli Lilly vigorously shielded the payment for more than two decades, defying a Louisville judge who fought to reveal it because he said it swayed the jury’s verdict.

Wesbecker began taking Prozac about a month before his murderous spree that killed eight and wounded 12 in the print shop attached to the Courier Journal. All but one of the victims sued Eli Lilly, the company that manufactured the popular but controversial drug.

On Sept. 14, 1989, Wesbecker, a pressman who had been placed on long-term disability leave for severe mental illness, entered Standard Gravure around 8:30 a.m., carrying a bag full of weapons, including a semiautomatic rifle. Over the next 30 minutes, Wesbecker walked through the building, firing more than 40 rounds at those he encountered before shooting himself in the he with a handgun. It is the worst mass shooting in Kentucky’s history.

In 1994, a fiercely litigated, 11-week trial took place in Louisville in which Wesbecker’s victims and their families said the Prozac he took helped incite his murderous rampage. On the eve of the jury’s verdict, which absolved Lilly of liability, the company made the secret payment without telling the judge overseeing the case. In exchange for the payment, the plaintiffs – eight estates and 11 survivors – agreed to withhold damaging evidence about the arthritis drug Oraflex that Lilly withdrew from the market. Lilly pleaded guilty to 25 criminal misdemeanor counts for failing to report adverse reactions that patients suffered from the drug, and the drug company feared that the Prozac jury would be more inclined to rule against the drugmaker if it learned of it. The plaintiffs agreed that if the jury found Lilly liable, they would not seek damages, nor would they appeal the verdict if they lost.

Jefferson Circuit Judge John Potter forced the disclosure of a secret deal between Prozac maker Eli Lilly and company and the plaintiffs (Photo: The Courier Journal)

Jefferson Circuit Judge John Potter exposed the outlines of the deal decades ago, suspecting that money may have changed hands before the verdict. He fought the company for years to disclose the deal’s terms. Lilly closely guarded the amount of the payment, and it remained a secret in Louisville.

Two of the victims recently told the Courier Journal that the payment totaled $20 million, worth about $41 million in today’s dollars, which the plaintiffs divided among themselves after paying their attorneys. The two victims told the Courier Journal they felt compelled to accept the money because they suffered egregious injuries that kept them from working again and they needed it to survive.

They asked not to be identified because the settlement required them to keep the amount secret, and they said they feared repercussions for revealing it. The co-lead attorney for the plaintiffs, Illinois lawyer Nancy Zettler, told the Courier Journal she was not involved in the agreement but heard the same figure cited by the two plaintiffs.

The Indianapolis Star reported the $20 million amount in 2000 and said the company paid an additional $5 million to cover workers’ compensation claims. Under the deal, the plaintiffs could have received $15 million more if Prozac had been found 51%-100% liable for Wesbecker’s conduct.

Attorney Ed Stopher, who defended Lilly at trial, declined to comment and referred questions to the company, whose communication director, Mark Taylor, said it would not comment.

Lilly used the verdict to tout that Prozac had been proved a safe and effective antidepressant. In 1995, the company reaped a quarter of its $6.5 billion in revenue from Prozac – and faced 160 other suits nationwide over the drug.

Prozac is still prescribed across the USA and is considered safe if used as directed, although it does have some side effects, according to the College of Psychiatric and Neurologic Pharmacists.

The company and its lawyers acknowledged the agreement with plaintiffs (but not the amount of the payment), insisting it was legal and ethical. They said it was not unusual for adversaries in civil trials to strike so-called high-low agreements, in which the plaintiffs and defense agree to minimum and maximum recoveries – regardless of the verdict – to reduce their respective risks.

Somerset lawyer Richard Hay said, “If parties use secret agreements to keep out evidence, it’s like taking a dive in a boxing match.”

Lilly publicly trashed Potter and his investigation and won an order from the Kentucky Court of Appeals blocking it. Potter appealed, and the state Supreme Court unanimously ruled in his favor in 1996, allowing him to press Lilly for details of the deal.

“In this case, there was a serious lack of candor with the trial court, and there may have been deception, bad-faith conduct, abuse of the judicial process or perhaps even fraud,” the court said. “We cannot tolerate even the possibility of such conduct.” Potter set a hearing at which he intended to require attorneys for both sides to testify under oath. Lilly accused him of conducting a vendetta, and he recused himself. The judge who inherited the case let the matter drop, and Potter’s questions were never answered.

Andrew Pointer and other shooting victims of Joseph Wesbecker hold hands as the verdict is read on Dec. 12, 1994, in their suit against Prozac maker Eli Lilly and Co. Pointer died in April. (Photo: The Courier Journal)