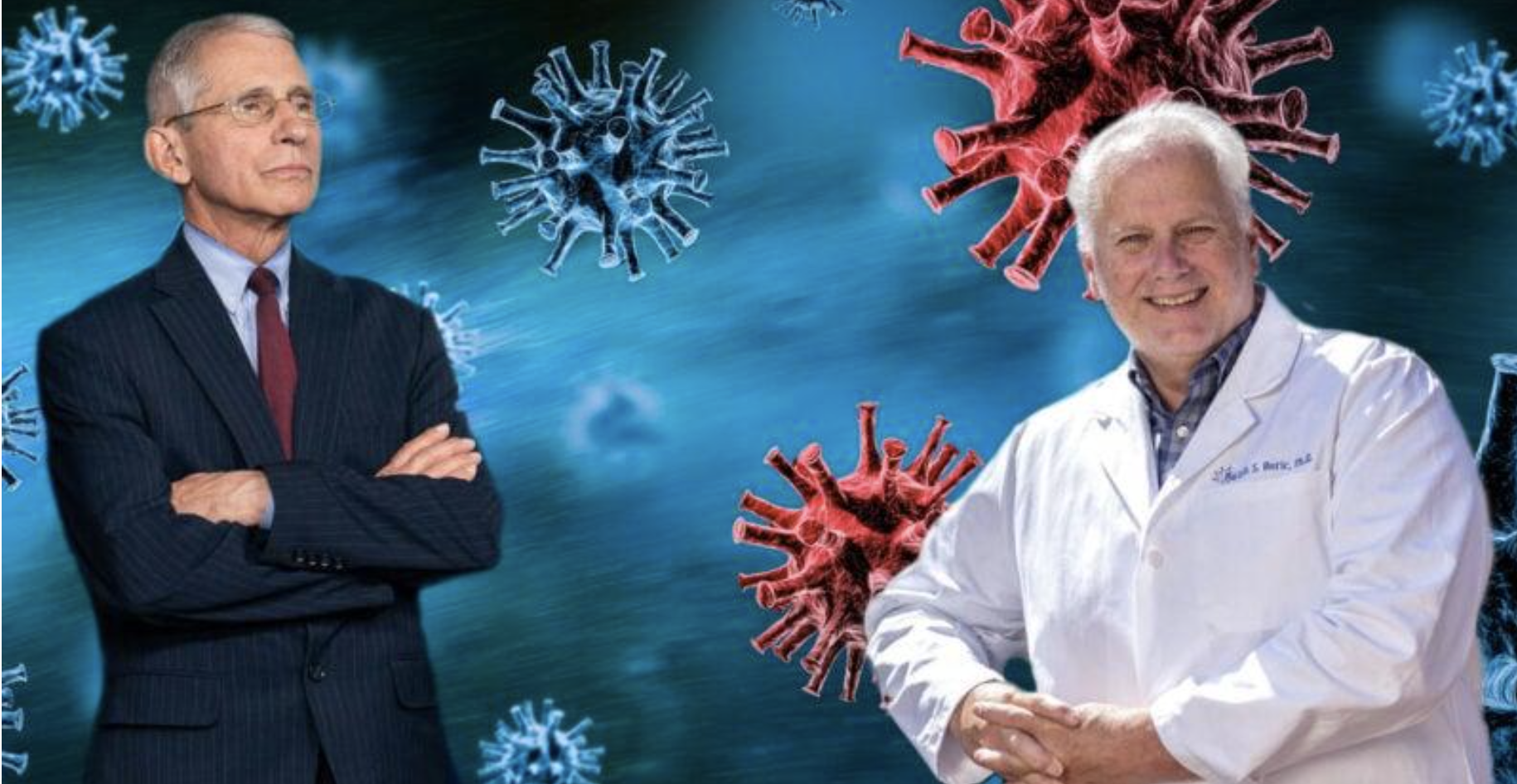 SARS-CoV-2 is the virus that caused the disease COVID-19.

A detailed analysis of the evidence regarding the origin of the virus by a team of US and German forensic scientists led them to conclude that:

“Both the restriction site fingerprint and the pattern of mutations generating them are extremely unlikely in wild coronaviruses and nearly universal in synthetic viruses. Our findings strongly suggest a synthetic origin of SARS-CoV2.” [bioRxiv preprint report]

This new study connects the identifying fingerprints that link federally funded research to a laboratory-constructed global pandemic. The trail leads directly to the University of North Carolina and Ralph Baric who had received more than $200 million from Anthony Fauci’s National Institute of Allergies and Infectious Diseases (NIAID).

The stealth technology –“seamless ligation methodology”— that was used to conceal the laboratory manipulated virus was invented by Ralph Baric – who claimed that his invention was undetectable.

“Comparison against a wide variety of other virus genomes reveals that the distribution of these seams, or recognition sites, in SARS-2 is highly anomalous for a natural virus, and totally normal for a synthetic one. That is, SARS-2 has all of its restriction sites exactly where a scientist would find it most convenient to put them, and not where you’d expect them to occur naturally.”

The implications of this new study could be far-reaching.
The fingerprints on the virus that was used to unleash a global pandemic, belong to Anthony Fauci and the National Institute of Allergies and Infectious Diseases (NIAID) and to Ralph Baric and the University of North Carolina.

“Prosecutors and private attorneys representing clients injured by the COVID-19 pandemic now have a smoking gun. The gun points at humanity. Forensic scientists have now successfully lifted faint but precise fingerprints from the lethal pistol’s grip and trigger. Those fingerprints belong to the NIAID and the University of North Carolina.” 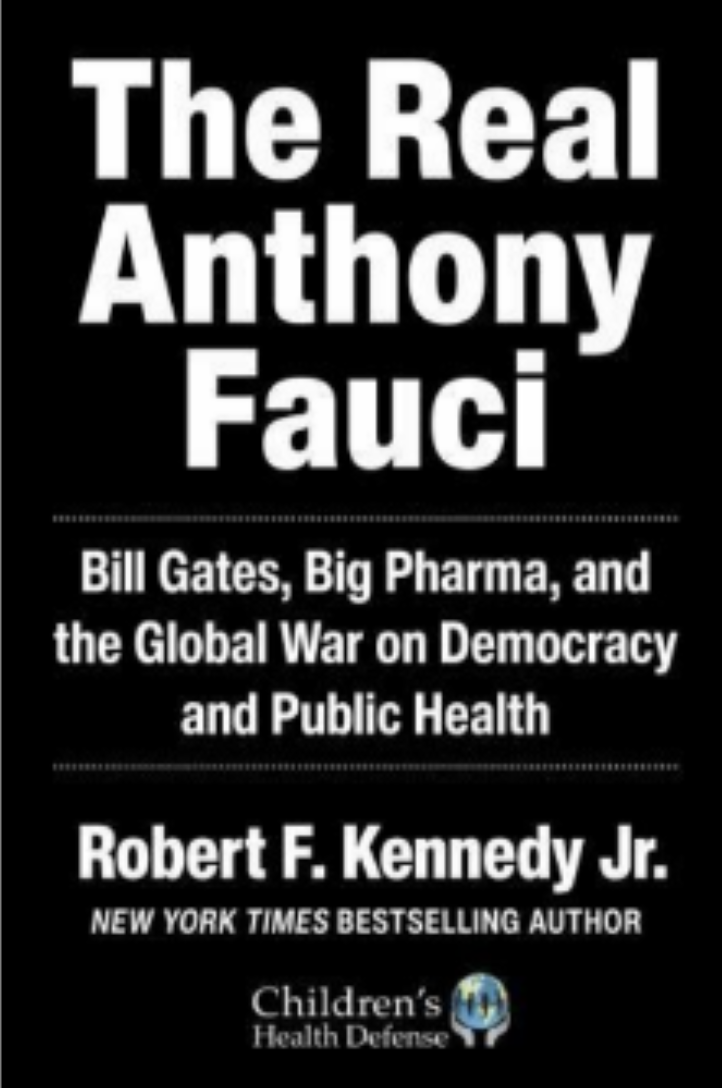 Critics have long questioned why the National Institutes of Health would fund experiments by University of North Carolina of Chapel Hill professor Ralph Baric to develop a technique for hiding evidence of human tampering in laboratory-created super viruses.

Critics have long questioned why the National Institutes of Health (NIH) would fund experiments by University of North Carolina of Chapel Hill (UNC) professor Ralph Baric to develop a technique for hiding evidence of human tampering in laboratory-created super viruses.

Aided by some $220.5 million in National Institute of Allergy and Infectious Diseases (NIAID) funding, Baric developed a so-called “Seamless Ligation” technique, which he boasted could perfectly conceal all evidence of human tampering in laboratory-created viruses. Baric nicknamed his invention the “no-see’m” method.

Now a new study, “Endonuclease fingerprint indicates a synthetic origin of SARS-CoV2,” published on the preprint server bioRxiv, shows that — apparently unbeknownst to Baric — the “seamless ligation” concealment gimmick leaves its own minute but legible signature.

Most momentously, these same researchers have discovered that damning signature in the genome of the virus that causes COVID-19.

Baric’s technique has long been controversial. “It’s the artist that doesn’t sign his name to the painting; the virologist that doesn’t put his signature into the virus to let us know whether or not it is emerging naturally or whether it is produced in a laboratory,” said Jeffrey Sachs, chair of The Lancet COVID-19 Commission, a task force that investigated the origins of COVID-19.

“All of it says, my God, there was really a big, very risky research agenda underway.”

This month, Sachs published the results of his 22-month investigation in The Lancet, including the damaging conclusion that COVID-19 was probably laboratory-generated and that the technology probably came from NIH-funded science.

“It’s the exact opposite of what you would do if your interest was public health. Public health scientists would be marking their enhancements with red flags — not devising ways to hide them. The only reason you would want a concealer is to advance a sinister purpose — such as illegal bioweapons development — some mischief that the scientist didn’t want traceable back to his lab.”

Shi and her colleagues at the Wuhan Institute subsequently demonstrated their mastery of Baric’s high-risk technique in a series of published — and highly controversial — gain-of-function experiments at the Wuhan lab. It has been even more puzzling to his critics that Baric, again with NIAID funding, chose to share this dangerous technique for weaponizing pathogens with Chinese scientists who have clear links to the Chinese military.

Experts say that the implications of this new study could be far-reaching. By pointing the finger at Baric, the study raises the possibility of potentially devastating liability for the NIAID and the University of North Carolina and other parties.

Scientists, including those close to Dr. Anthony Fauci, have repeatedly pointed out that SARS-CoV-2, the virus that causes COVID-19, has genomic sequences that appear inconsistent with natural evolution: The COVID-19 virus is no longer infectious in bats, and its spiked protein feature — which is unknown in this family of coronavirus — includes numerous mutations that make it ideally infectious in humans.

The closest known coronavirus relative — a coronavirus from the Wuhan lab — is 96.2% identical to SARS-CoV-2. The peculiar spike accounts almost completely for the entire 3.8% difference. Oddly, there are multiple novel mutations in the spike and almost none in the rest of the genome.

Natural evolution would be expected to leave mutations distributed evenly across the genome. The fact that virtually all the mutations occur on the spike led these scientists to suspect that that particular Wuhan lab coronavirus collected by Shi Zhengli is the direct progenitor of SARS-CoV-2 and that its new spike was implanted through engineering.

However, the unmistakable fingerprints of lab engineering were absent — leaving many experts wondering whether Baric’s technique was used to assemble a novel coronavirus with the engineered spike while removing the evidence of lab generation.

This new study connects the biological breadcrumbs that link federally funded research to a global pandemic. That trail leads directly to UNC and NIAID.

The authors of the study — a team of researchers from Duke University, University Clinics of Würzburg and an industry group — identified a characteristic signature in the amino acid code. That indelible artifact could only have emerged from Baric’s “no-see’m” methodology.

In an interview last spring, Baric himself confessed, that at the time the pandemic began, only two or three labs in the world were using his protocol – including his UNC lab and the WIV.

The study’s authors’ conclusions rest on the presence of unique sites in the COVID-19 virus. These sites allow special enzymes called “restriction enzymes” to cut the DNA into building blocks of unique size that then can be “stitched together in the correct order of the viral genome,” according to the study’s authors.

The magic of Baric’s “no-see’m” technique is to invisibly weave these telltale “spelling” changes into the viral sequence between relevant genes without altering the viral protein. This is like changing the “spelling” of the word without changing its meaning; the casual listener will never notice the difference.

The research team used forensic tools to drill down on minute “spelling differences” in the SARS-CoV2 genome that betray laboratory tampering using the “no-see’m” technique.

Consider how a Brit would spell “colour,” “manoeuvre” or “paediatric.” The choice to spell a word in a certain way can reveal your nation of origin. Similarly, these nearly imperceptible changes in the viral sequence give away the laboratory origins of this virus.

In sharing his seamless ligation technique with Shi Zhengli, Baric assured that the WIV possessed all the required elements of the assembly process. EcoHealth Alliance’s infamous DEFUSE proposal describes the same techniques in detail. (submitted to The Defense Advanced Research Projects Agency, or DARPA, in 2018).

The world now has proof positive that SARS-CoV2 is an engineered laboratory creation generated with technology developed by Ralph Baric with U.S. government funding.

Prosecutors and private attorneys representing clients injured by the COVID-19 pandemic now have a smoking gun. The gun points at humanity. Forensic scientists have now successfully lifted faint but precise fingerprints from the lethal pistol’s grip and trigger. Those fingerprints belong to the NIAID and the University of North Carolina.

Baric is Fauci’s favorite gain-of-function scientist. The cascade of NIAID funding to Baric and his UNC lab has financed 152 studies approaching a quarter-billion dollars.

Those federal grants have made Baric the global kingpin of gain-of-function science. In conformance with standard practice, it is probable that UNC pockets one-quarter to one-half of NIH’s financial felicities to Baric for “administrative costs.”

These monumental payments have probably incentivized UNC to turn a blind eye to Baric’s reckless experiments and to his controversial decision to transfer his dangerous technologies to a Chinese military laboratory known to suffer from deficient safety protocols and shoddy construction that make it, in the words of Congressional investigators, less secure than a “dentist’s office.”

UNC’s role in enabling the questionable conduct may have precipitated a global pandemic that could easily give rise to liability for negligence.

UNC and NIAID’s liability is now clear. But do we have positive proof that the Wuhan lab created the monstrosity that caused COVID-19?

The cumulative evidence strongly suggests that the Wuhan lab used Baric’s methodologies to cobble together the chimeric virus that caused the COVID-19 pandemic. But a few missing puzzle pieces still prevent us from definitively proving that this dangerous construction project occurred at the Wuhan lab.

As The Lancet Commission report concluded, the released emails show that NIH’s Dr. Francis Collins, NIAID’s Fauci and EcoHealth Alliance’s Peter Daszak, and others are continuing to collaborate with Shi Zhengli and Chinese officials to suppress the public release of information that would allow us to complete this picture. Stay tuned!