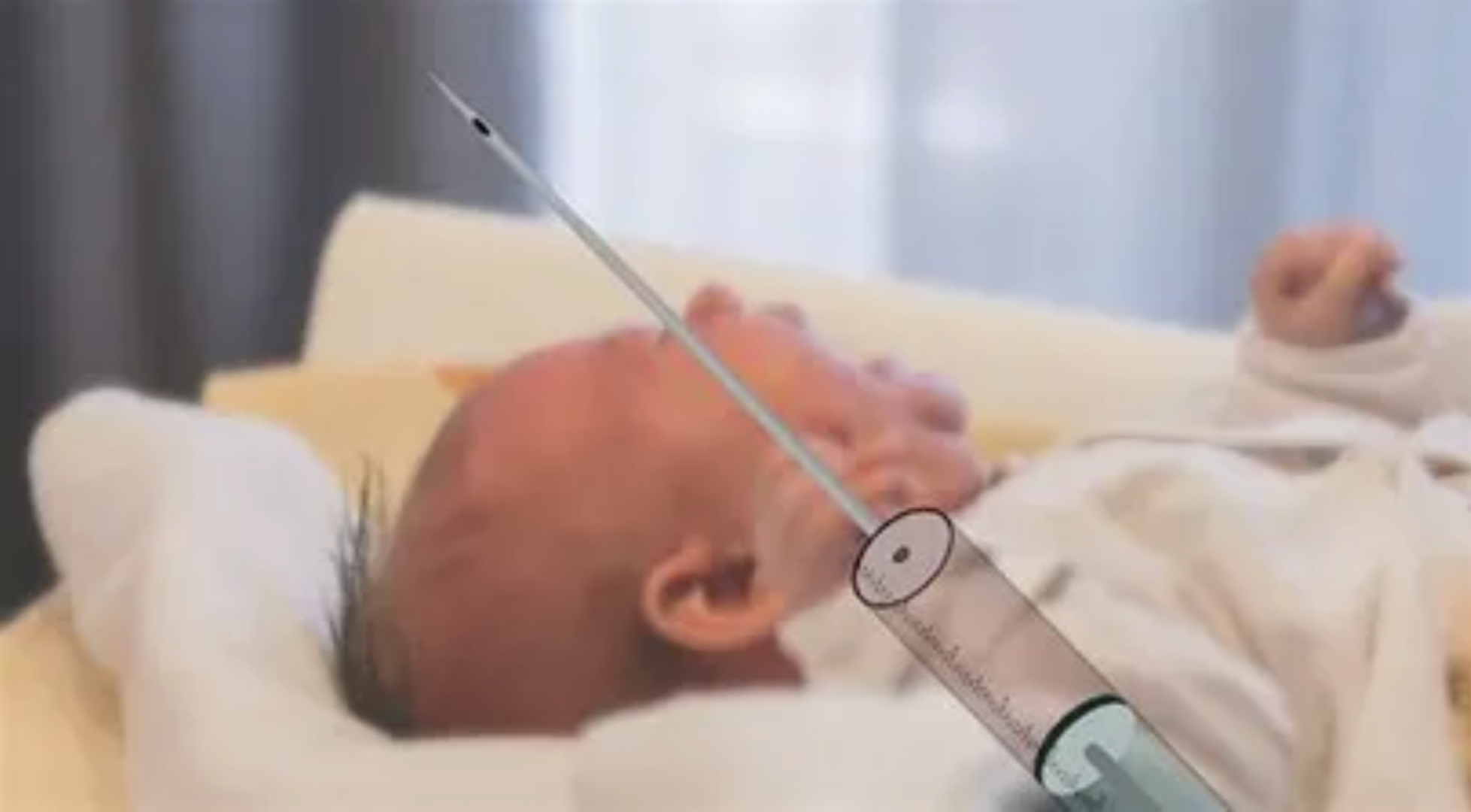 On October 19th and 20th, 2022 ACIP, Advisory Committee on Immunization Practices, met and voted unanimously to add the experimental covid “vaccine” to the list of CDC recommended vaccines for children. 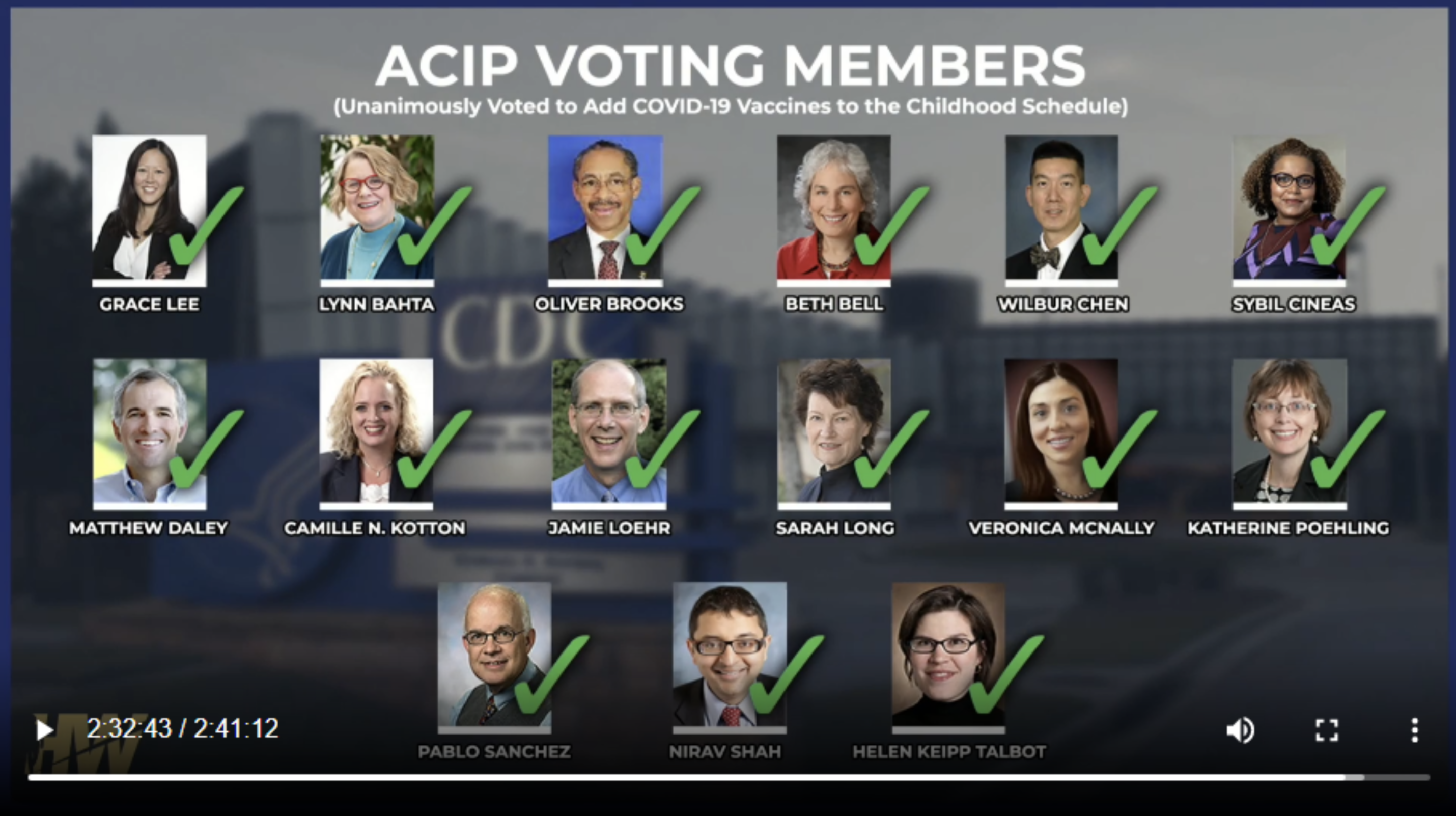 The ACIP panel failed entirely to consider the life-shortening health risks that millions of children would be exposed to.

The ACIP panel ignored the public testimony, by Janine Small, Pfizer President of International Developed Markets in Covid, who acknowledged, on October 18, 2022, that Pfizer’s experimental Covid mRNA injections were not tested to determine whether they prevent infection. 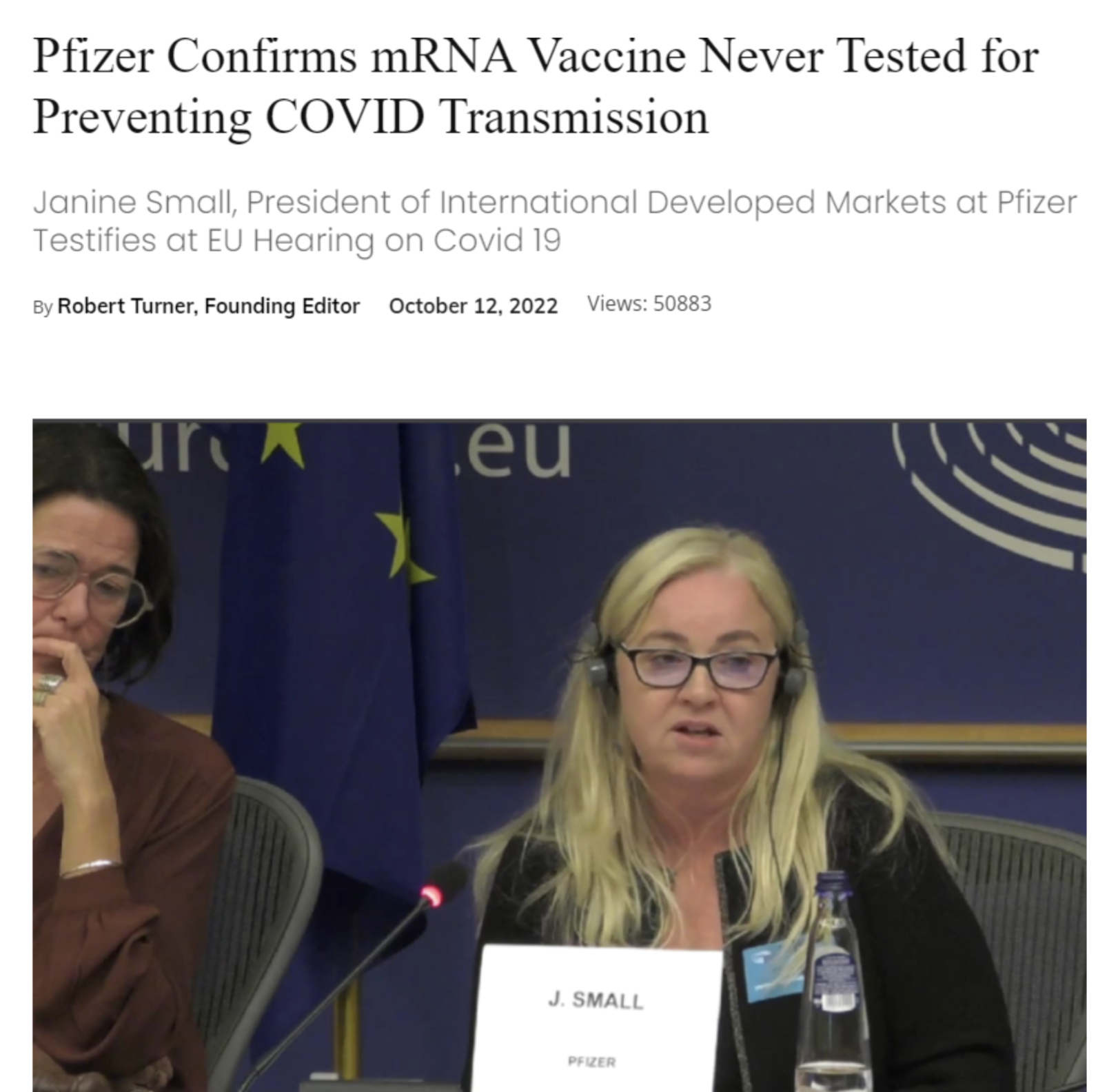 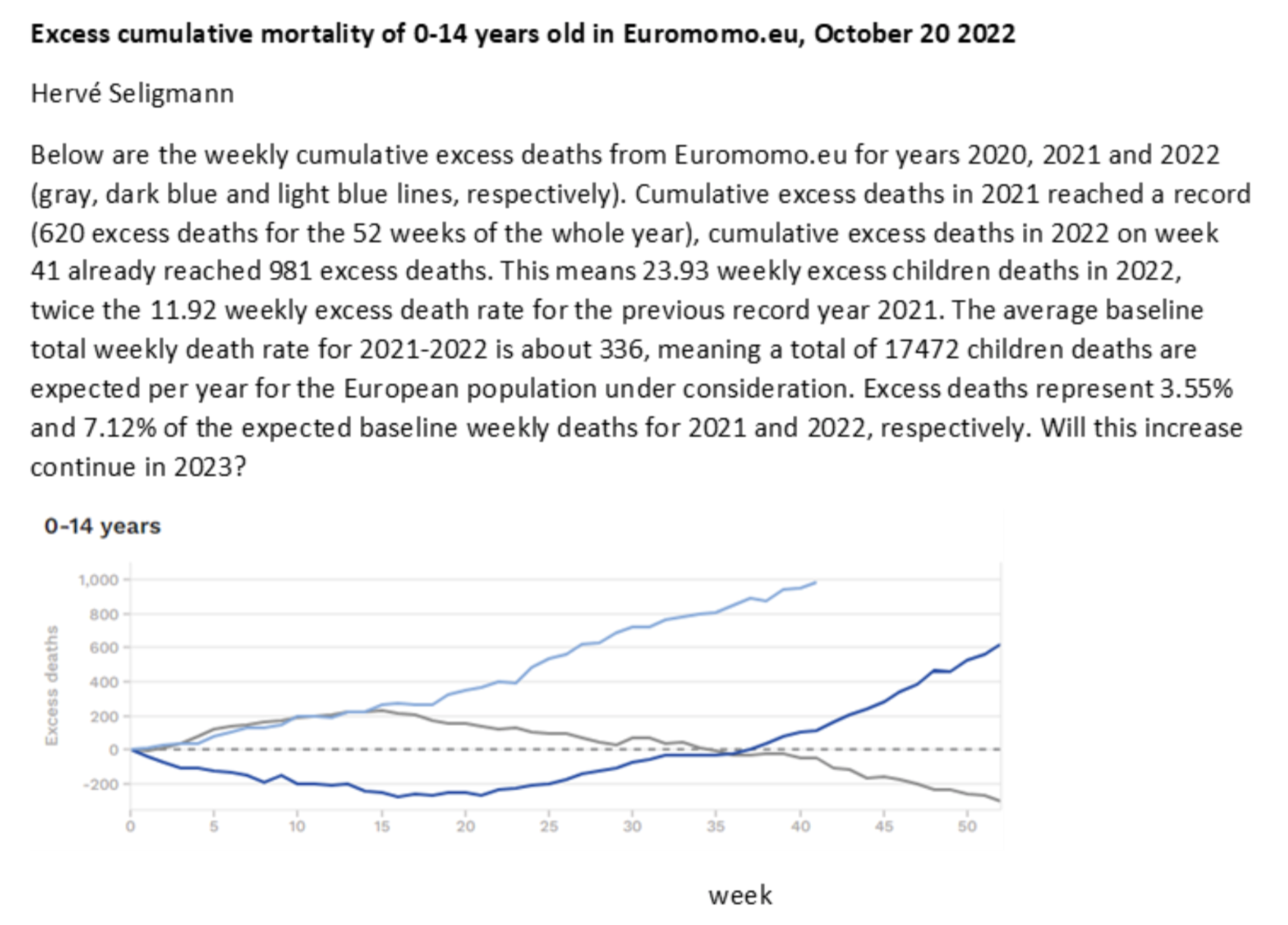 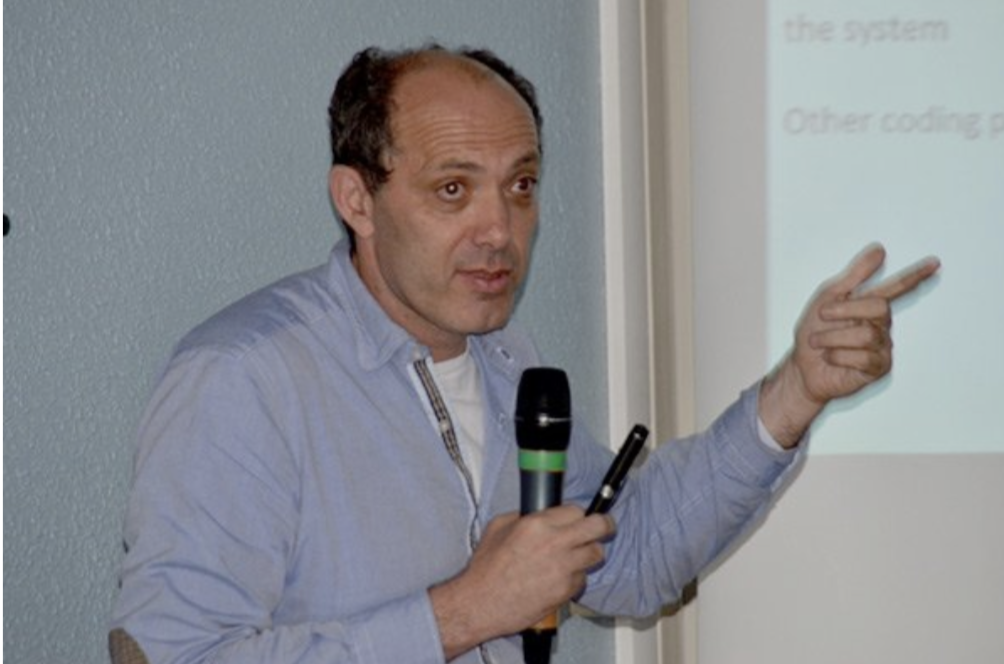 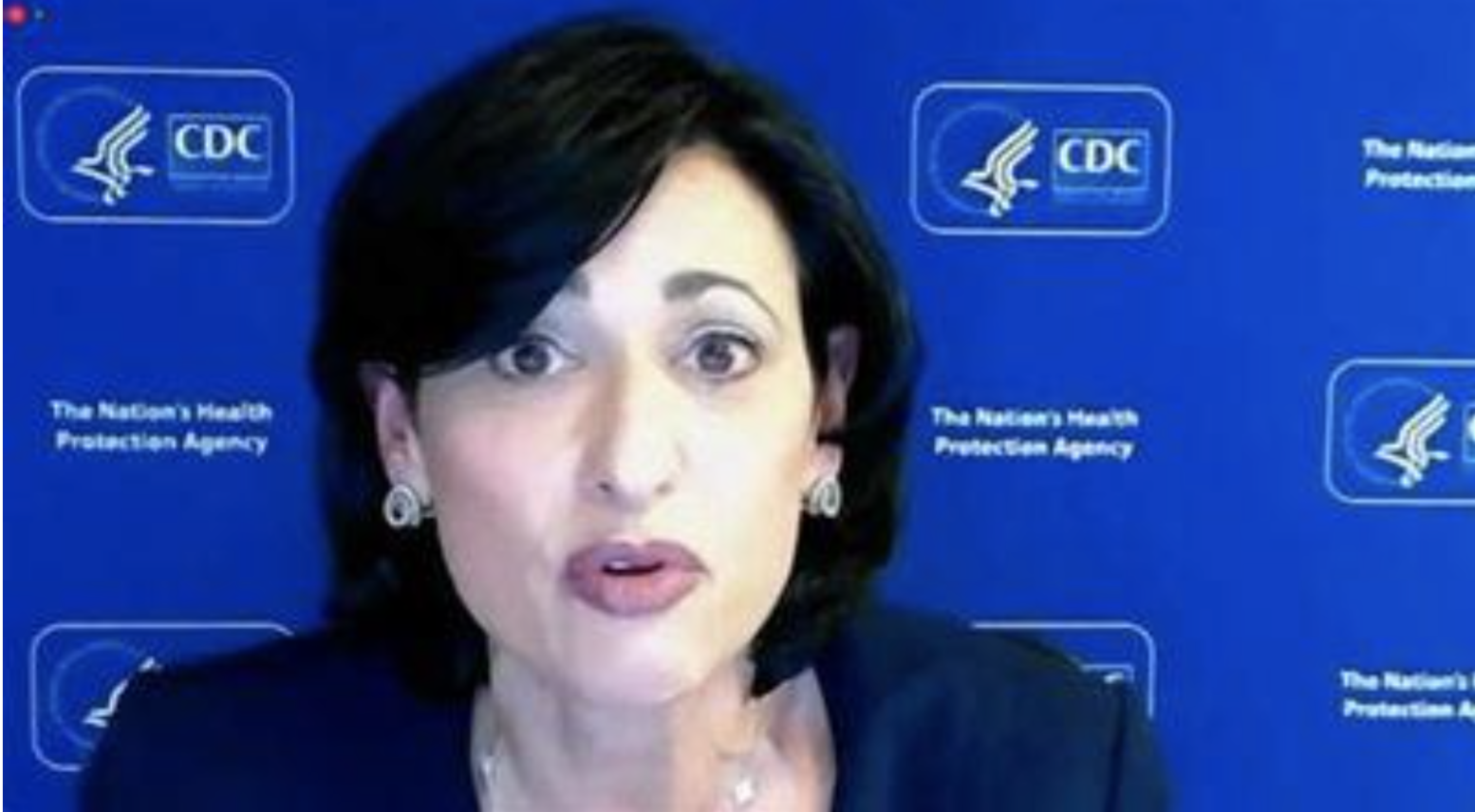 CDC director, Rochelle Walensky, disregarded all the accumulated evidence of harm; and within minutes after the ACIP vote, issued a recommendation to add the Covid vaccines to the children’s schedule.

The indemnity from liability for vaccines listed on the CDC children’s schedule provides the manufacturer, distributor, and medical professionals administering the shot a perpetual shield from any resulting injuries or deaths.

Inasmuch as many states base their vaccination mandates for school attendance on CDC recommendation, pharmaceutical companies have been given the most powerful lobbying weapon in history. They have worked strategically in coordination with local, state, and federal public health agencies to apply and enforce mandates for their liability- free products.

The mass Covid vaccination campaign was initiated without scientific evidence — neither evidence of safety nor evidence of efficacy.

On Sept. 22, 2020, an OpEd in The New York Times by Peter Doshi and Eric Topol cautioned that:

“These Coronavirus Trials Don’t Answer the One Question We Need to Know. We may not find out whether the vaccines prevent moderate or severe cases of Covid-19.” 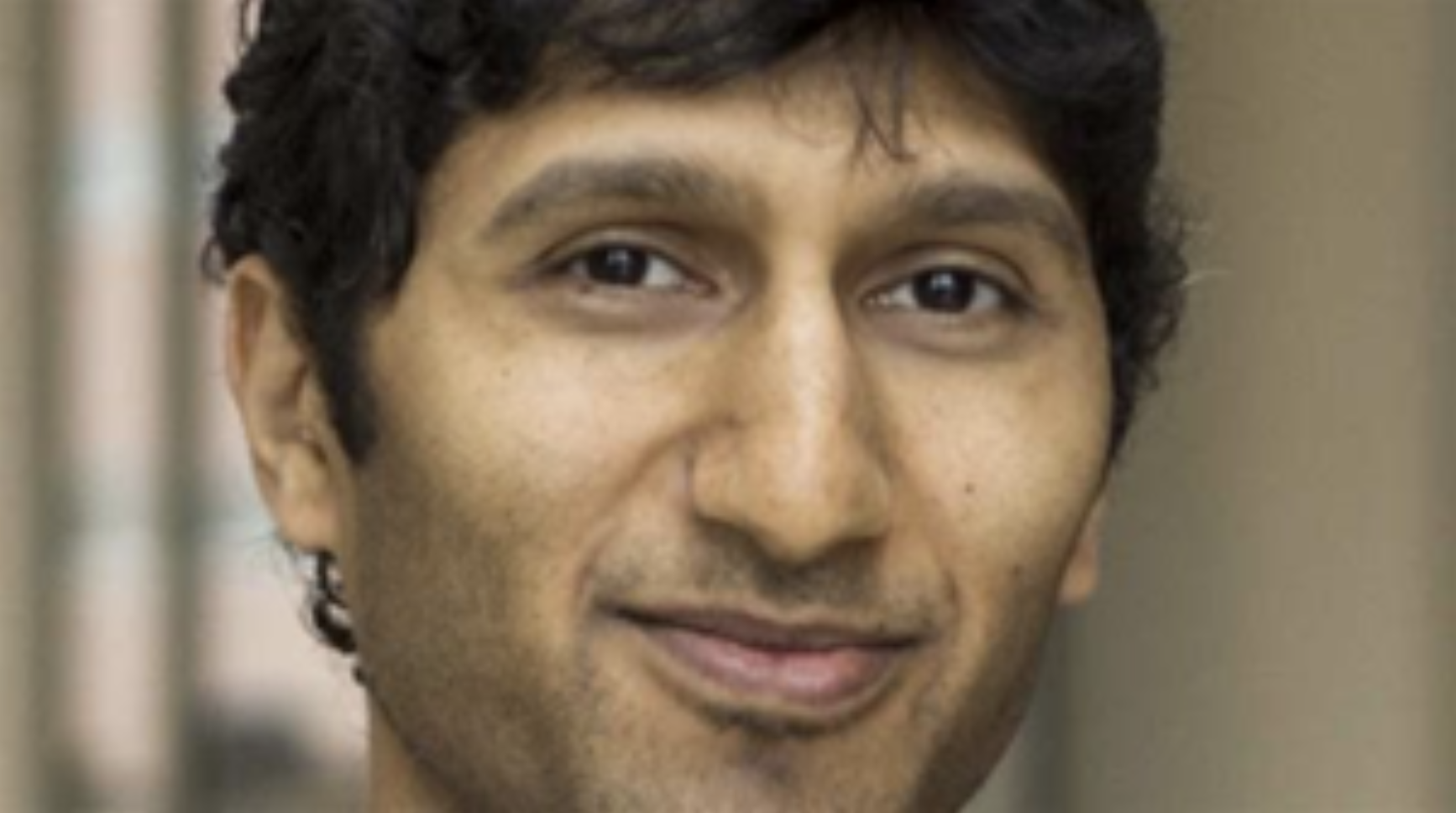 “None of the trials currently under way are designed to detect a reduction in any serious outcome such as hospital admissions, use of intensive care, or deaths. Nor are the vaccines being studied to determine whether they can interrupt transmission of the virus.”

“Pfizer’s encouraging news about the effectiveness of its Covid-19 vaccine came nearly a week after Election Day. But Pfizer CEO Albert Bourla says the timing had nothing to do with politics.”

Pfizer’s leaked Covid Vaccine contract with Slovania, dated September 28, 2021, refutes Bourla’s widely advertised claim of 95% efficacy. The contract acknowledges that the company did not perform either safety or efficacy tests: 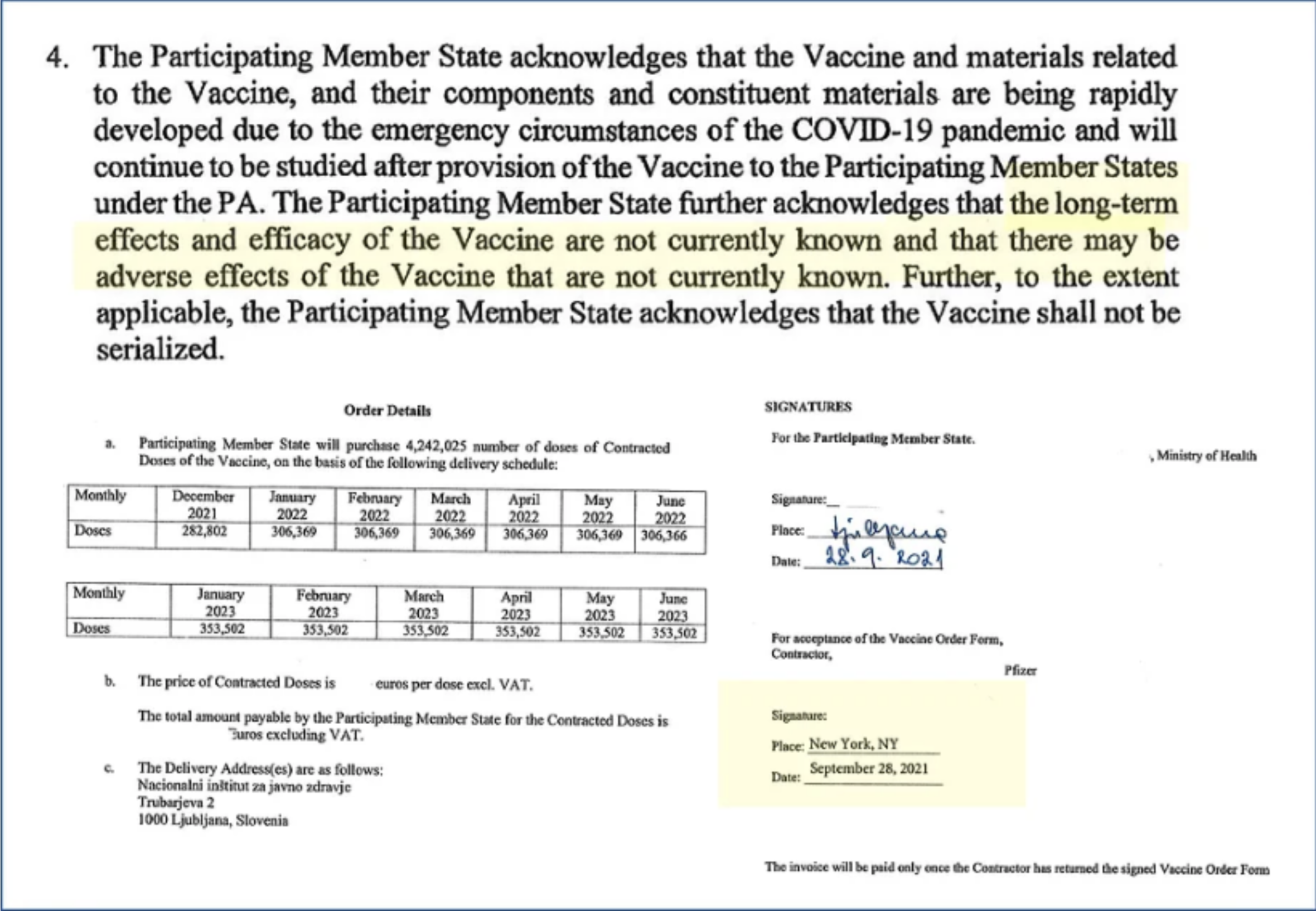 The FDA sought to protect Pfizer and its own culpability by insisting on a 75-year shield to conceal the Pfizer documents submitted to the FDA. However, Pfizer and the FDA were foiled by federal judge Mark Pittman who, in January 2022, ordered the FDA to release the Pfizer -COVID vaccine documents.

The thousands of documents that have been released are being examined by thousands of scientists and analysts who periodically inform the public about the contents. Since the medical journals are closed to reports that contradict the “safe and effective” vaccine mantra, the findings are broadcast through alternative internet and independent social media platforms – including substacks, video interviews.

When Pfizer applied for FDA approval, they were aware that there were 158,000 adverse events during the trial.
Pfizer Covid vaccine has 1,291 side effects reveals official documents, RT Staff Reporters, March 7, 2022

The data contradict the safety claims made by the CDC and questionable published reports.Although pregnant women were excluded from the human trials, 270 women got pregnant during the Pfizer study. The data on the pregnancy outcomes of 234 were somehow “lost” by the FDA. Of the 36 pregnant women whose outcomes were followed, 28 lost their babies.

According to Pfizer documents submitted to the FDA, one baby reportedly died after nursing from a vaccinated lactating mother and was found to have had an inflamed liver. Many nursing babies whose mothers were vaccinated showed agitation, gastrointestinal distress, and failure to thrive (to grow), and were inconsolable.

Below is a Short list of reports and Video interviews with numerous scientists, doctors, and savvy critical analysts, who have examined the Pfizer documents. Their analyses and reports are being suppressed by the mainstream medical establishment and their media propagandists. What’s more they are being hounded by the corporate “Fact-Checkers”: 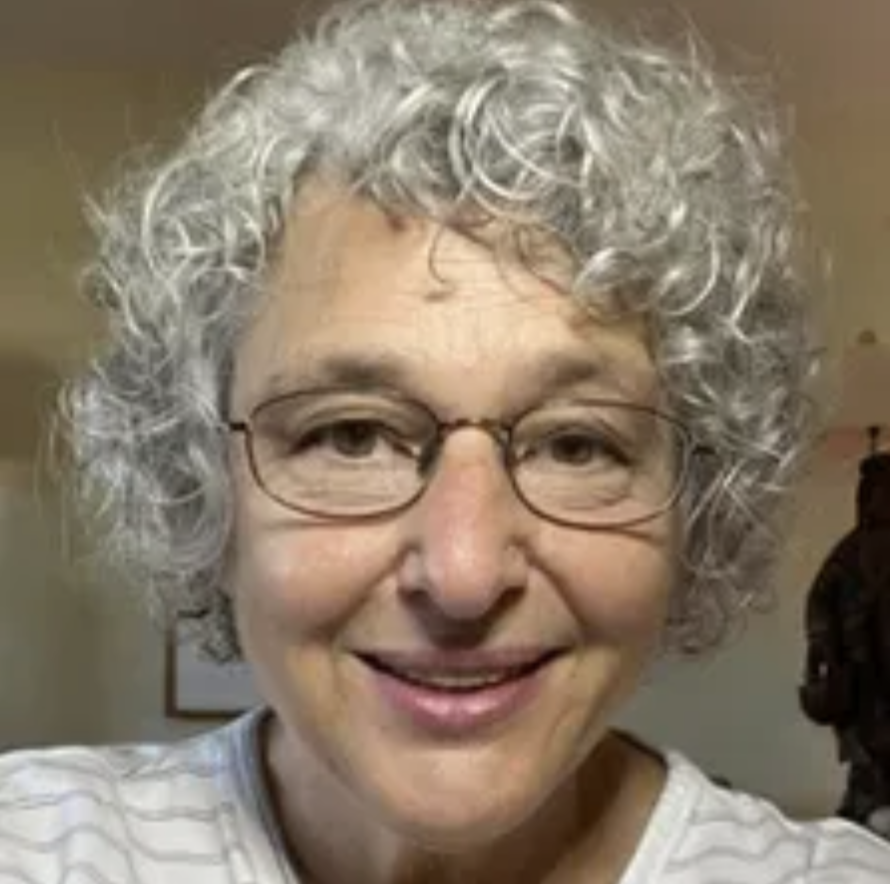 Meryll Nass: Pfizer and FDA documents contradict official vaccine safety narrative – Is this fraud?“It is not enough for Fauci and Walensky to lose their jobs [see Sen. Rand Paul files amendment to prevent rise of another pandemic “dictator in chief”]. They must be put in prison for leading to the death and permanent injuries of people who trusted their “expert advise” on vaccines and COVID policies.”

Official documents reveal huge gap between what FDA and Pfizer would attest to, compared to what the public was told about the vaccine

What Are They Hiding?

—Dr. Robert Malone on the Pfizer Documents and Evidence of Cardiotoxicity, Birth Defects, and the Rise in All-Cause Mortality 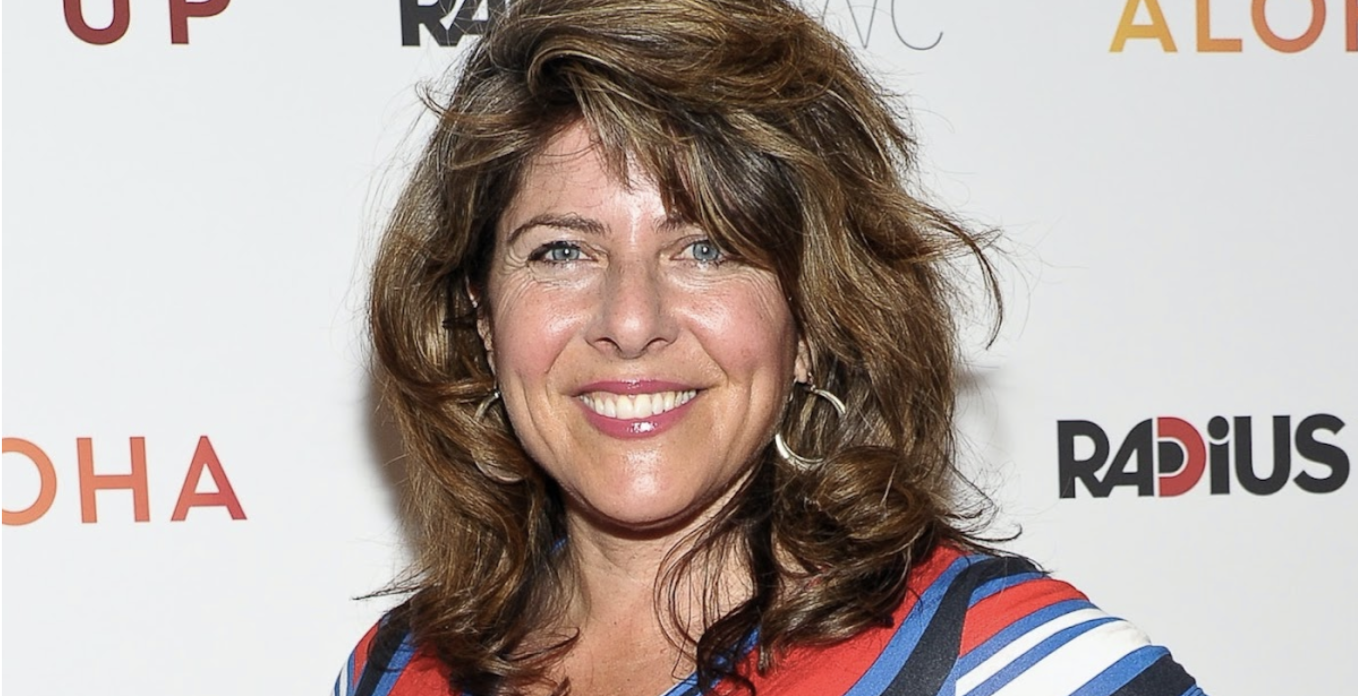 Naomi Wolf. “Pfizer Hid, They Concealed. They Redacted.” And The FDA Knew!
The AMA Lied To Pregnant Women About How Covid Vaccines Effect Them & Their Babies

“These [People] Are Monsters!” – Miscarriages Listed As Adverse Events That Were Resolved!

There Is Something Wrong With The Breast Milk Of Vaccinaed Mothers!

How Pregnant Women Have Been Victimized By Pfizer Vaccines!

Where Is Tony Fauci? Is He In The Witness Protection Program?

The Bodies Of Others: The New Authoritarians, Covid-19 And The War Against The Human (Book) By Naomi Wolf

Endonuclease Fingerprint Indicates a Synthetic Origin of SARS-CoV-2  SARS-CoV-2 is the virus that caused the disease COVID-19.   END_OF_DOCUMENT_TOKEN_TO_BE_REPLACED