Biotech Agriculture Failed to Increase Crop Yields, but Increased Use of Herbicide

Monsanto has earned a reputation as “the most evil company in the world.” It earned its bad reputation as a result of the company’s uninterrupted history of using massive amounts of toxic poisons that pollute the earth, the rivers and the environment; and it earned its reputation with its ruthless corporate tactics of intimidation and aggressive patent enforcement and anti-competitive takeovers.

To counteract its reputation, Monsanto embarked on a massive propaganda campaign to promote genetically engineered/modified crops (generally known as GMOs). It promised the following benefits:

“One of the main arguments behind creating these engineered crops is that farmers then need to use less herbicide and pesticide.  This makes farms more eco-friendly, say proponents of genetically modified (GM) crops, and GM seeds also allow farmers to spend less on “inputs” (chemicals), thereby making a greater profit.”

“By making crops immune to the effects of herbicides and resistant to many pests, they would grow so robustly that they would become indispensable to feeding the world’s growing population, while also requiring fewer applications of sprayed pesticides.”  (“GMO Crops Mean More Herbicide Not Less,” Forbes, 2013

The pledge and all the promised benefits of GMOs have not materialized; they proved false. GE crops are engineered either to produce their own pesticide in the form of Bacillus thurengiensis (Bt) or they are designed to be resistant to herbicides, so that herbicides can be sprayed –even in massive quantities without harming the crops.  Monsanto’s RoundupReady seeds were genetically engineered so that the plants would withstand even large quantities of spraying with the company’s herbicide RoundUp.

“The International Service for the Acquisition of Agri-biotech Applications reported that genetically engineered (GE) crop acreage has expanded dramatically: in 2012, 420 million acres, that’s a combined landmass more than four times larger than California. “Yet, for all of that land devoted to GMOs, there are just two traits in wide use: herbicide resistance and pest resistance (Bt). Note… the percentage of all global GMO acres planted in crops that aren’t either herbicide- or pesticide-tolerant [is] less than 1 percent.” (“Crop Flops: GMOs Lead AG Down the Wrong Path,” Tom Philipott, Grist, 2014)

Rather than reducing pesticide spraying – as promised — the use of GE seeds has resulted in the massive increased spraying of herbicides. That outcome proved highly profitable for Monsanto whose herbicide, Roundup, is the most widely used herbicide. Can anyone seriously argue that Monsanto had not anticipated this profit-enhancing outcome from its GMO herbicide-reliant business model?

“For every application of genetic engineering in agriculture in developing countries, there are a number of less hazardous and more sustainable approaches and practices with hundreds, if not thousands, of years of safety record behind them. None of the GE applications in agriculture today are valuable enough to farmers in developing countries to make it reasonable to expose the environment, farmers and the consumers to even the slightest risk.”  Dr. Oscar Zamora, vice chancellor of the University of the Philippines at Los Banos (The Nation 2013)

Monsanto embarked on propaganda campaigns projecting an entirely fictional version of its mission, operations and the benefits to mankind.

“Monsanto’s reputation as a partner in agriculture and a no-till technology leader continues, strengthening our tradition of innovative technology and our partnership with farmers to promote sustainable food production around the world. (Facing Global Challenges: Monsanto’s Pledge Report, 2006)

An article in Counter Punch assessing GM crops, concluded that there was no evidence to support the claim that GM agriculture improved crop yields and plenty of evidence that genetically engineered foods pose serious health and environmental risks:

“As of now, GMOs do nothing for society but enlarge the coffers of the billion-dollar agrichemical giants who produce them. They have not alleviated hunger, they have not increased environmental sustainability; their much-hyped public benefits have not yet materialized.” (“GMO Propaganda and the Sociology of Science,” by Kristine Mattis, PhD, Counter Punch October 2015) 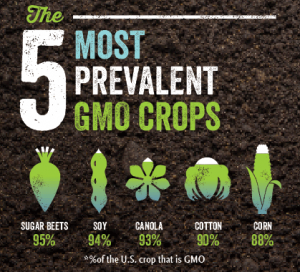 The reports are based on three decades of comparative data from the US and Canada — both having embraced GMO seeds; and data from Western Europe where farmers continue to breed and grow their crops the natural way. European countries rejected GMOs; and the evidence shows that by adhering to nature, Western European farmers did very well without the health and environmental risks posed by  artificial genetic engineering. GMO crop yields in the US and Canada have NOT increased; but they have caused the emergence of chemical resistant weeds requiring ever more use of poisonous chemicals. What’s more, non-GMO sugar beets in Western Europe have shown stronger yield growth than US GMO beet crops.

“a broad yield advantage has not emerged. The Times looked at regional data from the United Nations Food and Agriculture Organization, comparing main genetically modified crops in the United States and Canada with varieties grown in Western Europe, a grouping used by the agency that comprises seven nations, including the two largest agricultural producers, France and Germany.”                The New York Times, October 30, 2016

Toward the end of the article, the Times notes the real reason for the frenzied mega mergers:

“Battered by falling crop prices and consumer resistance that has made it hard to win over new markets, the agrochemical industry has been swept by buyouts. Bayer recently announced a deal to acquire Monsanto. And the state-owned China National Chemical Corporation has received American regulatory approval to acquire Syngenta, though Syngenta later warned the takeover could be delayed by scrutiny from European authorities”  (Read more about the mergers here)

“The promise of genetic modification was twofold: By making crops immune to the effects of weedkillers and inherently resistant to many pests, they would grow so robustly that they would become indispensable to feeding the world’s growing population, while also requiring fewer applications of sprayed pesticides…

“‘We’re certainly not encouraging farmers to use more chemicals,’ said a Monsanto executive in 1994. The next year, in a news release, the company said that its new gene for seeds, named Roundup Ready, ‘can reduce overall herbicide use.’

The Times’ analysis of the real life scientific evidence — found in multiple authoritative sources, including the U.S. Geological Survey, United Nations data and the National Academy of Sciences — calls the lie of Monsanto’s claim and confirms what independent scientists have been reporting for several years; namely, that GMO crops require MORE pesticide/herbicide, not less.

“Figures from the United States Department of Agriculture show herbicide use skyrocketing in soybeans, a leading G.M. crop, growing by two and a half times in the last two decades, at a time when planted acreage of the crop grew by less than a third. Use in corn was trending downward even before the introduction of G.M. crops, but then nearly doubled from 2002 to 2010, before leveling off. Weed resistance problems in such crops have pushed overall [herbicide] usage up… “weeds are becoming resistant to Roundup around the world — creating an opening for the industry to sell more seeds and more pesticides…the goal of herbicide-resistant seeds was to sell more product— more herbicide,”  said Ohio State University researcher, Joseph Kovach.  (The New York Times, October 30, 2016)

In France where crops are naturally grown, pesticide use is down; in the US and Canada where GMO crops are prevalent, Monsanto is profiting from increased sales of its chemical toxins.

“Growing resistance to Roundup is also reviving old, and contentious, chemicals. One is 2,4-D, an ingredient in Agent Orange, the infamous Vietnam War defoliant. Its potential risks have long divided scientists and have alarmed advocacy groups. In Louisiana, Monsanto is spending nearly $1 billion to begin production of the chemical dicamba.” And even though Monsanto’s version [of dicamba] is not yet approved for use, the company is already selling seeds that are resistant to it — leading to reports that some farmers are damaging neighbors’ crops by illegally spraying older versions of the toxin.” (NY Times, 2016)

The Case against GE Crops; the case for Sustainable Farming
The negative impact of GM agriculture has been documented by independent scientists for several years, but their warnings have been largely dismissed:

“Contrary to often-repeated claims that today’s genetically-engineered crops have, and are reducing pesticide use, the spread of glyphosate-resistant weeds in herbicide-resistant weed management systems has brought about substantial increases in the number and volume of herbicides applied. If new genetically engineered forms of corn and soybeans tolerant of 2,4-D are approved, the volume of 2,4-D sprayed could drive herbicide usage upward by another approximate 50%. The magnitude of increases in herbicide use on herbicide-resistant hectares has dwarfed the reduction in insecticide use on Bt crops over the past 16 years, and will continue to do so for the foreseeable future.”

“Genetically modified crops have failed to lift yields and ease pesticide use. “Figures from the United States Department of Agriculture show herbicide use skyrocketing in soybeans, a leading G.M. crop, growing by two and a half times in the last two decades, at a time when planted acreage of the crop grew by less than a third. Use in corn nearly doubled from 2002 to 2010…“weeds are becoming resistant to Roundup around the world — creating an opening  for the industry to sell more seeds and more pesticides.”  (The New York Times, October 30, 2016)

The power and weakness of Big Food / Big Agriculture
The Agriculture and processed food business has become reliant on chemical pollutants and GMO crops. Michael Pollan; a journalist and professor at UC Berkeley Graduate School of Journalism; the author of several books, and a frequent contributor to The New York Times Magazine, provides insight about the politics and propaganda which are the cornerstones of the business. In his Open Letter to [then] President-Elect Obama (2008) Polan identifies several problems emanating from the industrialization of agriculture and the massive reliance on GMO crops:

“The 20th-century industrialization of agriculture has increased the amount of greenhouse gases emitted by the food system by an order of magnitude; chemical fertilizers (made from natural gas), pesticides (made from petroleum), farm machinery, modern food processing and packaging and transportation have together transformed a system that in 1940 produced 2.3 calories of food energy for every calorie of fossil-fuel energy it used into one that now takes 10 calories of fossil-fuel energy to produce a single calorie of modern supermarket food.” (NYT)

Pollan posits that traditional agriculture based on multi-crop rotation is sustainable, whereas GM agriculture is not:

“The power of cleverly designed polycultures to produce large amounts of food from little more than soil, water and sunlight has been proved, not only by small-scale “alternative” farmers in the United States but also by large rice-and-fish farmers in China and giant-scale operations (up to 15,000 acres) in places like Argentina. There, in a geography roughly comparable to that of the American farm belt, farmers have traditionally employed an ingenious eight-year rotation of perennial pasture and annual crops: after five years grazing cattle on pasture (and producing the world’s best beef), farmers can then grow three years of grain without applying any fossil-fuel fertilizer. Or, for that matter, many pesticides: the weeds that afflict pasture can’t survive the years of tillage, and the weeds of row crops don’t survive the years of grazing, making herbicides all but unnecessary.

There is no reason — save current policy and custom — that American farmers couldn’t grow both high-quality grain and grass-fed beef under such a regime through much of the Midwest.” (Why Did the Obamas Fail to Take on Corporate Agriculture?  2016)

The shift to GE crop farming in the U.S. has definitely increased the use of chemical poisons — pesticides and herbicides — which are harmful to both humans and the environment — but highly profitable for Big Agra industry.