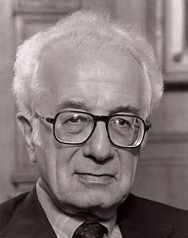 An eminent scholar, a professor of law and ethics at Yale Law School who spent more than 50 years tackling confounding questions on the boundaries between law, medicine, psychology and ethics. An inspirational teacher and mentor not only to his law students at Yale, but, as one of his distinguished students and colleagues, Alexander Capron, professor of law and medicine at the University of Southern California, wrote in his preface to a special issue of Law, Medicine and Health Care (2007) dedicated to Jay Katz, a mentor “for many physicians and other health professionals across the country who found in him a model for what they sensed was missing from their own professional lives — a sense of questioning the received wisdom. . .”

He was most cognizant of the inherent tension in research involving human beings due to the unacknowledged conflict between the objectives of the researcher and the human subject who is expected to sacrifice his interests for the greater good. Prof. Katz cited the philosopher Hans Jonas, who compared human experimentation with the primeval human sacrifice; both involved the abrogation of personal inviolability, ritualized exposure to risk of health and life, justified by a presumed greater, social good. Jay Katz was troubled by “the readiness with which human sacrifice for the sake of scientific progress has been embraced by the medical profession.”

He quoted a prominent surgeon who conducted radical mastectomies who stated:
“controlled studies may well sacrifice a generation of women but scientifically [they] have merit.” (Robbins. Breast Cancer Management, 1977)

In 1996, on the 50th anniversary of the Nuremberg Doctors Trial, he stated:
“. . .the [Nazi] doctors’ conduct illuminates, with flames from hell, less egregious though still troublesome practices that have stalked human experimentation from its beginnings to this day.”

The most illuminating tribute to Jay Katz (published when he was still alive) was by another of his prominent students; Larry Palmer, endowed Professor of Law and Research — for 27 years a distinguished faculty member, vice president, and vice provost at Cornell University — who paid tribute to Jay Katz in the Yale Journal Of Health Policy, Law, And Ethics, 2006:

“. . . my first tribute to Jay is a personal note of gratitude: He has the ability to inspire those of us exposed to his light to take risks when we speak as citizens and as scholars. . . Jay’s approach to human research could be a model for revitalizing interdisciplinary teaching.”

“Jay Katz’s towering presence in the scholarship on human experimentation has been a source of personal and professional inspiration. As I noted over thirty years ago in my review essay about his classic work, Experimentation with Human Beings, Jay’s scholarship asks tough and penetrating questions about a truth we modern professionals hold to be sacred. We have always assumed that growth in scientific knowledge and social progress are linked.

Jay’s analysis of the history of experimentation with human beings before, during, and after the Nazi era dispels the comforting notion that the Nazi investigators were individuals working outside the moral ethos of modern medicine and science (i.e., that they were merely racists and sadists). Instead, Jay reveals that they were physician-investigators searching aggressively (albeit blindly) for even better ways of making science socially useful and relevant.”

Jay’s broad influence on the entire field of bioethics by beginning with a personal tribute that honors Jay as a scholar and teacher. . . Jay’s courageous insistence that to protect human’ subjects we must develop new types of institutional arrangements. Jay used his position on bioethics commissions (starting with the panel to review the Tuskegee Study of Untreated Syphilis in the Negro Male) and his writings to advocate for institutional change of the manner in which we regulate research. Jay Katz’s scholarship and career provide a warning to those of us who call ourselves “bioethicists” in what I have called the “human genome era.”

How many of us will have the courage that Jay demonstrated to dissent? Will we be able to challenge federal funding officials when the funding of our centers or programs is partially dependent upon our maintaining a certain kind of favorable visibility among program officers?

“Jay challenges us — particularly those of us trained as lawyers-to move beyond law’s traditional focus on physical harms to subjects, to consider how risk-taking on the part of both subjects and investigators enhances or diminishes human dignity. I would propose that in dealing with the issue of race in the genomic era, we must combine Jay’s quest for individual human dignity within the research process with a new systemic or institutionalist perspective towards the dignity of racial, ethnic, and religious differences. Those of us mentored by Jay, as a teacher, scholar, and friend, are aware that the challenge to be faced involves not only protecting individuals, but also respecting-without stigmatizing-groups and developing analyses of the research process that facilitate that respect.

“Genomics, informational technology, and a global economy have dramatically changed our human environment since the publication of Jay’s pioneering book on human experimentation. What has not changed-and, in my view, should not-is our continuous effort to emulate the respect for every human being Jay modeled in his teaching, scholarship, and everyday encounters.”

Among the issues that Dr. Katz explored as an outspoken public advocate was medical experimentation without patient consent. In 1993, he was named to a presidential commission that documented the exploitation of research subjects in post-World War II studies on the effects of radiation.

Jay Katz was an outspoken critic of an experiment conducted in the 1980s in which UCLA psychiatrists abruptly withdrew medication from patients with schizophrenia, in an effort to determine which patients could safely stop taking the drug.

One of the patients committed suicide while another attempted to kill his parents and threatened to kill then-President George H.W. Bush. In 1994, the UCLA research team was reprimanded by the National Institutes of Health, which determined that the researchers failed to adequately explain that patients risked relapsing as a result of the experiment. In Prof. Katz’s view, the researchers misled the study participants by failing to tell them that the ultimate purpose was not to treat their illness but to gather information that might benefit future patients.

“There is persistent confusion between research and [clinical] practice and the obfuscation of the two,” Katz told The Times in 1994. “You cannot use people — or you should not use people — as means for others’ ends and for ends that might ultimately even be good.”

He urged doctors and patients to share the responsibility of making medical decisions by talking honestly to each other about the uncertainties of treatment, their expectations and the role each party must play, a radical idea given the long tradition of physician paternalism and patient passivity.

In 1996, he was invited to be the keynote speaker at the 50th Anniversary of the Doctors Trial that culminated in the Nuremberg Code. He stated:

We cannot resurrect the dead, but we can learn from their suffering. . . what transpired in Nazi Germany has shaped my life as a person, a physician, and a teacher. In all my work the disadvantaged in our midst, those stripped of their rights and dignity — the mentally ill, women, children, patients, research subjects — have always been my people.

The same year, he spoke sternly against a change in federal regulations that allowed the enrollment of patients in hospital emergency centers who are unable to give their consent because of a head injury or other life-threatening condition, to be enrolled in clinical trials without informed consent. Prof. Katz said the change was a violation of the Nuremberg Code.

He also was a vocal opponent of scientists’ use of data from experiments that Nazi doctors conducted on concentration camp prisoners during Hitler’s reign.

These issues resonated particularly profoundly for Katz, who was born Oct. 20, 1922, in Zwickau, Germany, and witnessed Hitler’s rise to power. He endured intense harassment by teachers and classmates as the only Jewish student in a school for the gifted. His father, a prominent businessman, was arrested by the Gestapo. That experience sensitized him to people who abuse their authority and abuse vulnerable people who are dependent on them.

I was privileged to have known and benefitted from Jay Katz’.* He encouraged me to send an article that I had written about an unethical paradigm in schizophrenia research which deliberately produces psychotic relapse in order to study “the pathophysiology of the disease.” He suggested that I submit the article to The Hastings Center and the Georgetown’s Kennedy Ubstutyte if Ethics Journal. Alas, my article was rejected, but a defense of the research paradigm was published, albeit without ever referring to the challenger.

A few of Jay Katz’ publications: