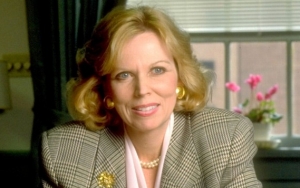 Bernadine Healy, MD, a cardiologist, was the first woman Director of the National Institutes of Health (1991–1993); Dean of Ohio State University College of Medicine (1995–1999); President of the American Heart Association (1998–1999); Deputy Director of the President’s Council of Advisors on Science and Techonology; Chair of the Research Institute at the Cleveland Clinic Foundation (1985); and President and CEO of the American Red Cross (1999–2001).

Dr. Healy turned the NIH around at a critical phase when the agency was beset by bureaucratic infighting and political interference;  its reputation was mired with allegations of misconduct. Dr. Healy championed studies that overturned false assumptions about women’s health and risk of heart attacks, cancer and the role of hormonal changes. Within weeks of assuming the reins at NIH, she initiated the $625 million Women’s Health Initiative involving 150,000 women, transforming the landscape of women’s health research. Among that study’s major findings: estrogen replacement therapy in post-menopausal women did NOT protect women; it was found to be harmful; increasing a woman’s risk of breast cancer, heart attack and stroke.

[pullquote]I’m not particularly concerned about being popular.[/pullquote]Dr. Healy was “a fearless trailblazer” an innovative, outspoken physician who clashed with powerful men, including Nobel laureate James Watson, Cong. John Dingell, and entrenched change-resistant bureaucrats. She stated that she was “willing to go out on a limb, shake the tree and even take a few bruises. I’m not particularly concerned about being popular.” But she defended scientists under investigation of fraud, including AIDS researchers David Baltimore (a Nobel laureate) and Robert Gallo who was found guilty of scientific misconduct by the NIH Office of Scientific Integrity and a panel of the National Academy of Sciences.

In the late 1990s Dr. Healy was hired by the Red Cross to effect change; but her efforts to reform fiscal operations and tighter controls over the safety of the blood supply faced strong resistance from longtime board members who objected to her assertive style and their loss of control over day-to-day decision-making. Missteps by the Red Cross following the Sept. 11, 2001 terrorist attack, including failure of the disaster operations unit to respond appropriately at the Pentagon site, and the mishandling of donated blood for victims of 9/11 led to her downfall.

In 2008, she took a courageous stand by challenging the vaccine lobby. In an interview with Sharyl Attkisson on CBS she stated:

In her article in US News, The Vaccines-Autism War: Détente is Needed (2009), Dr. Healy acknowledged that serious questions remain about the safety of vaccines — in particular in a vulnerable subset of children — and she questioned whether American children were being indiscriminately overvaccinated:

American children are the most vaccinated on the planet. Generation Rescue and the World Health Organization both have compiled data that show the United States now gives more vaccines to all its children, and earlier in life, than the rest of the developed world: some 36 doses before our little ones hit kindergarten, with most crammed into the first 18 months of life. If you look at the best-performing countries in terms of infant and early-childhood mortality, the average number of doses is 18, with most of the Scandinavian countries, Japan, and Israel mandating just 11 to 12.

The extras here include protection against the sexually transmitted hepatitis B virus, which many countries (and the United States in the past) recommend only for infants at high risk because of an infected mother; a vaccine against the rotavirus, which causes some cases of infant diarrhea; and one for the foodborne hepatitis A virus, typically given to travelers to high-risk places. Many countries don’t recommend chicken pox vaccine, which may not afford the long-term immunity that comes from childhood infection, important since this virus is tougher on adults. Influenza vaccine, mandated here starting at age 6 months, is off almost everyone else’s list. . . .

[There] are certain groups of people especially susceptible to side effects from vaccines, and can we identify them? Youngsters like Hannah Poling, for example, who has an underlying mitochondrial disorder and developed a sudden and dramatic case of regressive autism after receiving nine immunizations, later determined to be the precipitating factor. Other children may have a genetic predisposition to autism, a pre-existing neurological condition worsened by vaccines, or an immune system that is sent into overdrive by too many vaccines, and thus they might deserve special care. This approach challenges the notion that every child must be vaccinated for every pathogen on the government’s schedule with almost no exception, a policy that means some will be sacrificed so the vast majority benefit.

Dr. Healy — who had headed the National Institutes of Health — criticized the government for failure to conduct a credible study comparing groups of vaccinated and unvaccinated children that would provide evidence-based safety information:

The government laid out the need for markers that might predict vulnerable groups and proposed research on the comparative effect of different vaccine schedules and combinations of vaccines. This work is long overdue; shockingly, so is a study comparing groups of vaccinated and unvaccinated children.

Paul Offit, an infectious-disease expert from the University of Pennsylvania who has been a frequent spokesman and adviser on vaccine policy (and by his admission has become wealthy by developing the now mandated rotavirus vaccine), has said on more than one occasion that the infant’s immune system can handle 10,000 vaccines. If that’s where we’re going — and it has been estimated that there are more than 100 new vaccines in the pipeline — the national investment in vaccine safety had better get on steroids fast. More medicine is not always better medicine. As the move toward health reform recognizes, this can make for poor public health policy — and break the bank.

In Feb. 2010, Dr. Healy who died of cancer (Aug. 2011), cited a surprise finding of the observational Nurses Health Study, in which 4,164 women survivors of breast cancer were followed between 1976 and 2006. The reported finding: 71% reduction in the recurrence of deadly cancer in women who took low dose aspirin regularly — that’s far better than chemo or hormonal therapies currently the standard of care. Dr. Healy recommended the use of low dose aspirin tablet (two to five times a week) to reduce the risk of recurring breast cancer in addition to reducing the risk of heart attack and stroke. She noted pointedly that “were these aspirin tablets a hot new biotech drug, we would be popping champagne right now.”