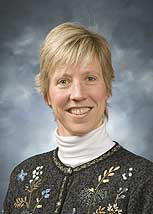 Professor and chair of the department of Family and Geriatric Medicine at the University of Louisville. From 2009 to 2013 she was a professor at the University of Missouri Kansas City’s department of Biomedical and Health Informatics. From 1996 to 2009 she was a professor at Dartmouth Medical School and director of the Gynecologic Cancer Prevention Research Group. Dr. Harper received an unusually broad training as an engineer, medical researcher, epidemiologist, obstetrician, gynecologist and clinician in family medicine clinician. She has the academic training and research credibility at a level and has incorporated these disciplines into her work as a researcher, educator, medical practitioner and expert in the area of establishing population guidelines.

Dr. Diane Harper is one of the leading researchers in biomedical science who has spent her life studying vaccines; she was the principle (lead) investigator of both HPV vaccines — Gardasil manufactured by Merck, Cervarix manufactured by GlaxoSmithKline — and has published the sentinel reports about the human papillomavirus (HPV) vaccine in The Lancet and The New England Journal of Medicine. Worldwide about 500,000 cases of cervical cancer are diagnosed each year, and an estimated 280,000 women die from it, mostly in developing countries.

She was enthusiastic about the potential benefit of HPV vaccination for the women of developing countries where preventive health care is not available. Dr. Harper felt this was the real population that would gain clear-cut health benefits from the vaccine, and said so to the Council on Foreign Affairs, and the World Health Organization.

In the U.S., about 20 million people are carriers of HPV; but few develop cervical cancer and when treated, they recover; the number of deaths due to untreated cancer in the U.S. is less than 4,000 deaths a year. Therefore, Dr. Harper was appalled by Merck’s aggressive misleading Gardasil marketing campaign designed to incite fear in American parents, doctors, and the public. Merck lobbied female state legislators with cash donations, urging them to expand Medicaid coverage and mandate the vaccine for U.S. school children; and even persuaded the U.S. Immigration Service to issue a mandatory ruling (in July 2008) requiring all female immigrants and permanent resident (green card) applicants between ages 11–26 to be vaccinated with Gardasil.

Dr. Harper took the courageous step of breaking rank and publicly countering the disinformation disseminated by Merck’s sales force and its paid medical “opinion leaders” about the risk of cervical cancer, and the protective value and safety of Gardasil. In Oct. 2009, at the 4th International Public Conference on Vaccination, Dr. Harper stated that the cervical cancer risk in the USA is already low, and that vaccination will have no significant effect upon the rate of that cancer in the USA.

About eight in every ten women who have been sexually active will have HPV at some stage of their life. Normally there are no symptoms, and in 95 per cent of cases it clears itself.

She pointed out that the decline in cervical cancer in developed countries such as the U.S. is largely attributed to regular Pap screening.

The HPV vaccines will not decrease the already low incidence of cervical cancer in the US achieved from Pap testing. Vaccination without Pap testing will only increase the cervical cancer incidence in the US. . . . National Cancer Institute has shown that if you give the vaccine within one year of the onset of sexual activity, it’s just as effective as if you give it prior to sexual activity. Girls/parents may want to wait to vaccinate until they’re 16 or 18 years old. That is okay. HPV is not SARS or Ebola. HPV is not immediately lethal. The changes HPV makes on the cervix are easily detected by Pap testing for most cervical cancers and treated before they become cancer.” (“HPV Vaccine Deemed Safe and Effective Despite Reports of Adverse Events Medscape”)

“Giving the vaccine to 11 year old girls is a great big public health experiment.” She pointed out that for vaccines to prevent cervical cancer they have to offer at least 15 years of protection because the risk for infection does not begin until after sexual engagement (usually between age 16 and 20). But, Gardasil protection lasts 5 years. So “vaccinating an 11-year-old girl might not protect her when she needs it most — in her most sexually active years.”

In 2009, a young immigrant whose PAP smear was normal was about to marry an American citizen when she was informed that the U.S. Immigration requires her to be vaccinated with Gardasil. But the young woman had a seizure disorder which put her at high risk of serious adverse effects from the HPV vaccine. When she could not find a physician who would advocate on her behalf and request an exemption from the vaccine, she contacted The Alliance for Human Research Protection for help. We contacted Dr. Harper, who agreed to write a letter to the department of Immigration explaining the vaccine’s risks for this woman and for women with similar neurological disorders. Dr. Harper’s letter to Immigration officials, not only resulted in exempting this young woman from the vaccine, but her advocacy led the U.S. Immigration to reverse its HPV vaccine ruling in December 2009.

Dr. Harper warns, “Generally safe” doesn’t mean safe for everyone,” Gardasil is associated with serious adverse events, including death; at least 44 girls have died of the effects of the vaccine; and over 15,000 girls have reported adverse side effects from Gardasil — including paralysis which can last years or even be permanent, as well as lupus, seizures, blood clots and brain inflammation. If the HPV vaccine does not prove to be effective for more than 15 years, it will mark the failure of the most costly public health experiment in cancer control. (Purdue Exponent, 2014)

Dr. Harper is concerned that the rate of reported serious vaccine adverse effects in the U.S. where Pap screening is routine, is close to the rate of cervical cancer deaths . This throws into question the overall benefit from HPV vaccination in the U.S. and other developed countries.

“Parents and women must know that deaths occurred. Not all deaths that have been reported were represented in [the JAMA article by CDC’s Dr. Slade]; one-third of the death reports were unavailable to the CDC, leaving the parents of the deceased teenagers in despair that the CDC is ignoring the very rare but real occurrences that need not have happened if parents were given information stating that there are real, but small risks of death surrounding the administration of Gardasil.” (Atkisson. CBS News 2009)

How many years elapsed before Merck was forced to withdraw Vioxx from the market after its drug had caused hundreds of thousands of preventable deaths?

“If we vaccinate 11 year olds and the protection doesn’t last . . . we’ve put them at harm from side effects, small but real, for no benefit. The benefit to public health is nothing, there is no reduction in cervical cancers, unless the protection lasts for at least 15 years, and over 70% of all sexually active females of all ages are vaccinated. (CBS, 2009)

Dr. Harper is concerned that too many girls and women who have had the vaccine will develop a false sense of security, believing they are immune to cancer when they are not, and failing to continue with their annual Pap exams. This would lead to an increase in cervical cancer rather than a decrease.

“Instead of blindly jabbing girls to reach a vaccine quota, let’s fully inform our girls/women/parents of the options available and their benefits and risks!”

In underdeveloped countries where the incidence of cervical cancer and the risk of death is five to 12 times higher than in the U.S., Dr. Harper recommends HPV vaccine for “women in countries without a quality-assured cytology screening program (i.e. PAP Smear) It is in this setting that Cervarix could reduce the incidence of cervical cancer to about 9.5/100,000 women.” (Harper DM, Vierthaler SL. Next Generation Cancer Protection…ISRN Obstet Gynecol. 2011)

As a recognized expert in cervical cancer, Dr. Harper has been involved in national and international groups that set the standards of care for prevention and treatment of cervical cancer. She has traveled the world speaking before professional gynecologic groups, ministers of health, and lay groups, including school audiences in over 100 countries on every populated continent, empowering women with an understanding of the risks and the options available, before embarking on a treatment program.