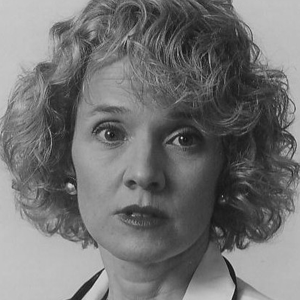 Nancy Olivieri, MD is widely recognized as one of the preeminent crusaders for research integrity, best interest of patient, academic freedom and as a critic of the ever-expanding corporate influence at universities. She has demonstrated great courage — at great sacrifice — when she acted in accordance with the physician’s foremost moral obligation to protect her patients and research subjects from harm.

Dr. Olivieri headed the thalassemia research program at the Hospital for Sick Children (HSC) of the University of Toronto. Thalassemia is a serious blood disorder that can be fatal if not treated with blood infusions followed by chelation therapy. Dr. Olivieri was testing the drug, deferiprone as a hoped for oral alternative existing uncomfortable chelation therapy.

In 1997, she she believed — based on preliminary evidence from patients’ liver biopsies — that the drug might actually be toxic, and could cause progression of liver fibrosis. As a physician Dr. Olivieri was duty bound to disclose those risks.

When she relayed her concerns to Apotex, the Canadian generic drug manufacturer that sponsored her research, and indicated the need to revise the consent documents to inform the parents of the children being treated with the drug, Apotex disputed her claims, abruptly terminated the trials; and threatened legal action against her should she inform her parents of the risks, or should she publish her findings.

[pullquote]The life and health of my patient will be my first consideration.[/pullquote]Despite these threats, Dr. Olivieri published her findings in the New England Journal of Medicine (1999). The University of Toronto — its administrators and faculty — failed to support her principled action. Instead, the University sided with Apotex, their corporate benefactor who had promised a $20 million to the University, and an additional $10 million to the Hospital. After publishing her findings, she suffered a series of retaliatory actions by Apotex, the hospital, and the University of Toronto. Dr. Oliviery was relieved of her position and a complaint was lodged with a physicians’ disciplinary board.

The press received anonymous letters accusing her of misconduct which were later traced to a faculty member who received money from Apotex. The University dismissed Dr. Olivieri whereupon investigations and a flood of competing reports, counter-reports and books proliferated about the scandal for years. Dr. Olivieri had to endure years of public humiliation, accusations of scientific error, ad hominem personal vilification before the charges of unprofessional conduct were exposed as baseless.

The Public understood the underlying moral confrontation
Despite the complex nature of the illness, the trial, the specific facts and circumstances at the University and hospital, the public recognized the nature of the confrontation as David vs. Goliath battle; the public was not persuaded by the campaign of vilification against Dr. Olivieri — a campaign which raised dubious questions about her scientific competence, her ethics, her personality, and even her sanity. The scientific community — outside of the University of Toronto — and the general public understood that when Dr. Olivieri spoke out publicly about perceived dangers to her patients, she was acting in a manner consistent with the highest tradition of her profession requiring physicians to put patients interest first: “the life and health of my patient will be my first consideration.”

In 2001, after a two-year investigation, Dr. Olivieri was completely exonerated by the Canadian Association of University Teachers (CAUT) report from three eminent academics who sharply criticized the conduct of Apotex, the University of Toronto, and the Hospital and she was exonerated by the Ontario College of Physicians and Surgeons (licensing board).

Dr. Nancy Olivieri has become an icon of research integrity for her insistence on publishing adverse data about a drug she was investigating. She has been celebrated world-wide as a hero of biomedical ethics for her bravery in disclosing potential dangers to research subjects, in the face of both drug company threats and coercive pressures from her hospital and university.

The experience of researchers like Dr Olivieri has even served as fodder for novelists. At the end of his novel, The Constant Gardener,

John le Carré writes: “As my journey through the pharmaceutical jungle progressed, I came to realise that, by comparison with reality, my story was as tame as a holiday postcard. . . . I drew on several cases, particularly in the North American continent, where highly qualified medical researchers have dared to disagree with their pharmaceutical paymasters and suffered vilification and persecution for their pains”.

Dr. Olivieri is currently a Senior Scientist at the Toronto General Hospital, and Professor of Pediatrics, Medicine, and Public Health Sciences, University of Toronto. In collaboration with colleagues internationally, Dr. Olivieri is still actively involved in clinical investigation in patients with thalassemia.

Since 1996, she and her international colleagues have worked in Sri Lanka to stimulate research, community outreach and capacity building for children with thalassemia in that country. Through these efforts, a National Thalassemia Center was established in Sri Lanka in 2001.

The same year, Dr. Olivieri obtained a Masters in Medical Ethics and Law, from Kings’ College, London, UK, with a thesis examining ethical dilemmas in medical research. Since 2009, has taught “Health and Pharmaceuticals”, to undergraduate students at the University of Toronto. This course hopes to assist students to understand the intersecting relationships and the roles of the pharmaceutical industry, physicians, academic institutions, scientists, granting agencies, journals, media, patient groups, regulators and the public in the evaluation, marketing, licensing and promotion of prescription drugs.

Dr. Olivieri received many awards including The Nader Foundation’s Callaway Award for Civic Courage, The Milner Memorial Award from the Canadian Association of University Teachers, The Scientific Freedom and Responsibility Award from the American Association for the Advancement of Science.

Dr. Olivieri has also received several honorary doctorate degrees including Doctor of Science for from The University of Winnipeg (2006) for her personal integrity and courage of conviction — integral components of academia; an honorary degree from the Faculty of Medicine at the University of Dalhousie (2012) for taking a courageous stand that helped bring issues of medical ethics to the forefront of our collective consciousness, and for her national and international research in blood disorders. See: Video

Read more about the controversy and its significance for the practice of medicine and academic research integrity:
Thompson J, Baird PA, Downie J. The Olivieri Case: Context and Significance, Ecclectia, 2005;
The Olivieri symposium. Journal of Medical Ethics 2004
Schafer A. Science Scandal or Ethics Scandal? Bioethics, 2007