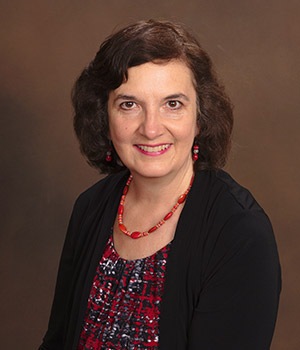 Thank you Mr. Chairman and members of the Committee.  My name is Dr. Karen Effrem.  I am a mother of three wonderful children, a pediatrician, and a policy analyst that serves on the boards of several national organizations, including EdWatch, the Alliance for Human Research Protection, and the International Center for the Study of Psychiatry and Psychology.  I am here in vigorous opposition to SF 2841 that would implement mental health screening for three-year-old children entering public school.

Government sponsored and controlled universal mental health screening, no matter how sweetly wrapped in the fig leaf of parental consent, should never, ever be implemented.  It is never, EVER, the proper role of government to set norms for, assess or intervene in the thoughts and emotions of free citizens, much less innocent, vulnerable, and still developing children.

We are all well aware that the parental consent or opt-out language referred to for this bill is just a way to assuage concerns long enough to put this dangerous system into place.  Once it is passed with parental consent, that language will either be changed by future legislators, not enforced, or side stepped in some other way.  The non-existent enforcement of the federal Protection of Pupil Rights Amendment on invasive surveys is a classic example of this phenomenon. Another is the lack of parental notification of their rights in current Minnesota statute 121A.17 to decline to answer the part of the screening that involves invasive and subjective assessment of family risk factors, or that parents may have their child’s screening administered by private providers, or that no preschool screening is required if it is against the conscientiously held beliefs of the parents.

The Minnesota Roadmap clearly states what that plan is for young children.  It proposes to, “…integrate early childhood screening systems to assure that all children ages birth to five are screened early and continuously for the presence of health, socioemotional or developmental needs” and then to implement, among other things, “mental health services and early care and education.”

Members of the New Freedom Commission as well as groups advocating the Minnesota Roadmap plan have inherent financial, professional, and policy conflicts of interest and do not mention any scientific or medical problems with screening or treatment.  For example, Michael Hogan, the chairman of the New Freedom Commission, was paid by the Janssen Pharmaceutica, the manufacturer of one of the drugs advocated in the model psychiatric drug treatment program (TMAP)  in the commission’s report. The National Alliance for the Mentally Ill and the National Mental Health Association, both supporters, of this legislation and the Minnesota Roadmap received tax dollars from the federal mental health agency, SAMHSA, to help implement the New Freedom Commission’s recommendations, including universal screening and TMAP.

Even if mental health screening did not have these fatal policy and philosophical flaws, the medical and scientific justification for this idea is equally lacking.  Proponents tell us that mental illnesses are biological brain disorders due to chemical imbalances of neurotransmitters, and that mental health screening is therefore scientific and objective and fully equivalent to hearing or blood pressure screening.  They also tell us that children who screen positive will merely be sent for further evaluation, that screening does not yield a diagnosis, and that services do not necessarily mean drugs.  Here is but a small sample of facts and statements from experts and the medical literature that contradict that view:

•    Not a single peer reviewed study exists to support the theory of a neurotransmitter (chemical) imbalance as the cause of mental illness or the means of treatment.

•    There are no structural, functional, or laboratory tests or chemical markers that can consistently identify any of the mental illnesses.

•    Experts like the US Surgeon General, the World Health Organization, the chief of child psychiatry at the National Institutes of Mental Health, psychiatric textbook authors, and the authors of psychiatry’s Diagnostic and Statistical manual, considered the gold standard of psychiatric diagnosis, call these criteria “subjective,” “impressionistic” and “social constructions.”

•    These same experts also state that it is very difficult to accurately diagnose children due to rapid developmental changes.

•    The screening instruments are based on these highly subjective diagnostic criteria and are not at all like medical screening tests, such as for hearing or vision.

•    In fact, the technical data for the Ages and Stages questionnaire being promoted for this legislation admits that its overall positive predictive value is only 27%.  That means that for every 27 children that are supposedly correctly identified by the admittedly subjective DSM or other impressionistic screening instruments, 73 are falsely told that something is wrong with them and referred for further evaluation.  That is three times the rate of false positives to putative true positives and worse than a coin flip. Any other screening procedure with that large a false positive rate would be eliminated from consideration with hysterical laughter.

•    A movement already exists within organized psychiatry to label and drug people mentally ill based on highly controversial political and religious criteria, such as “intolerance.”

•    According to a survey of members of the American Academy of Child and Adolescent Psychiatry, 9 out of 10 children that see a psychiatrist receive a prescription for psychoactive drugs.

•    Dr. David Willis, medical director of the Northwest Early Childhood Center said, “Psychopharmacology is on the horizon as preventive therapy for children with genetic susceptibility to mental health problems.”

•    Rates of psychotropic drug use in children, often in unapproved, unstudied multi-drug cocktails, as young as age two, have already skyrocketed and will only increase with widespread mental health screening. Psychiatric drugging coerced by schools has resulted in several deaths and has prompted at least 7 states and the US House of Representatives to pass legislation against it.

•    No psychiatric drug has been found to be effective in the long term for treating ADHD or depression in children.

•    Every class of psychotropic drug is either under the FDA’s most stringent black box warning short of a ban for serious or fatal side effects or is being so considered.  These side effects include suicide, violence, psychosis, diabetes, and cardiac sudden death. There are no studies available of long–term safety or effectiveness or the effects on the brains and bodies of growing children.

•    Even if psychosocial or educational programs were used instead of medications, Dr. Benedetto Vitiello, head of child psychiatry at NIMH said in 2002, “Little research has been conducted to study the effectiveness of psychosocial interventions in young children, and the long-term risk-benefit ratio of psychosocial and pharmacologic treatments is basically unknown.”

•     In November of 2005, researchers at the University of California and Stanford released a study stating:

“Attendance in preschool centers, even for short periods of time each week, hinders the rate at which young children develop social skills and display the motivation to engage classroom tasks, as reported by their kindergarten teachers…Our findings are consistent with the negative effect of non-parental care on the single dimension of social development first detected by the NICHD research team [in 2002]”

This data is suggesting that not only is there no scientific justification for psychosocial interventions including preschool education, but that these interventions may be causing some of the very problems that supposedly justify screening and that they are purported to treat .


In summary, universal mental health screening and treatment for preschool aged children is far beyond the proper role of government, lacks scientific and medical justification and will have dangerous effects on our youngest citizens.   The premier dictum of medicine is “First, do no harm.” Both the psychiatric profession and policymakers would do well to heed that advice.