Who determines whether a medical intervention falls within the parameters of an experiment? 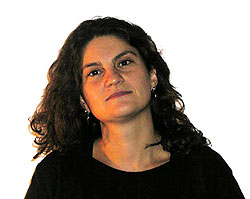 Historical case is examined by Maria Rentetzi, who addresses the issue in “The Women Radium Dial Painters as Experimental Subjects (1920-1990), or; What Counts as Human Experimentation?” She notes that the plight of the women and their painful abhorrent deaths, have been discussed widely by physicians, lawyers, politicians, military agencies, and the public. (Read more at “Radium Women: Unwitting Experimental Subjects, 1920 – 1990)

However, no discussion has concerned the subsequent, extensive use of these women as experimental subjects of numerous epidemiological studies –including painful physical tests – in which they were observed, data was gathered, and the details of the radiation burden on the women’s bodies was recorded until their demise. The first period of exploitation began with the establishment of the Radioactivity Center at MIT, devoted to measuring the long-term effects of internal radioactivity in human beings. Desperate women suffering from radium poisoning, whose colleagues had died horrible deaths sought help hoping for a miracle cure. However, the researchers were not seeking to improve their medical condition; they exploited the women; the MIT Radioactivity Center was heavily involved in military research for the war effort. 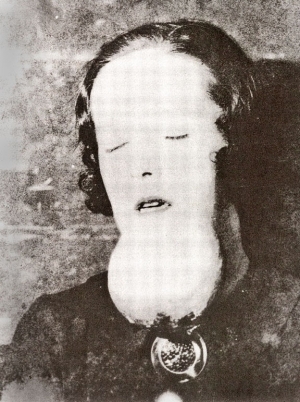 “for more than fifty years those women had been repeatedly used as experimental subjects without proper consent…the [researchers] turned them into experimental objects by suppressing the fact that they were performing experiments on them.” Government administrators considered it “an unintentional experiment that had taken on an incalculable value…to humanity and the common good.

“The women dial painters became part of ongoing medical research and experiments for the war industry, the atomic bomb project and the drug and cosmetic industry. None of the studies that involved women dial painters was conducted in order to improve their own health.”

The final study was terminated in 1993. Of the 3,161 radium dial painters who had been identified, 1,575 had been used as experimental subjects. (RE Rowland. Radiaum Dial Painters – What Happened to Them?)

For unexplained reasons, their case was excluded from the list of human radiation experiments compiled in 1994 by the Presidential Advisory Committee on Human Radiation Experiments (ACHRE). Rentetzi asks: “What counts as human experimentation? She notes that the language used to describe the tragedy uses words such as “observation, measurement, test” but never “experiment.”

Current worrisome trends
U.S. government and academic bioethicists and institutional ethics review boards have expunged the explicit honest terminology of the Nuremberg Code: “experiment” has been replaced by the innocuous term “study”; “human subject” is being replaced by “participant”; and the foremost ethical mandate — “the voluntary, informed consent is absolutely essential”—has been perforated with a series of government waivers from informed consent.

They include: FDA military waivers  (1990) of consent for testing “investigational new drugs”; FDA- emergency research waivers (1996); and a re-written federal regulation 45 CFR46.408 (amended in 2001) to permit waivers of parental consent for research involving children. Parental judgment and authority was shifted to institutional review boards (IRB). Of note, no IRB has ever assumed responsibility for harm that occurred to a human subject in an IRB0 approved experiment. (Read our Dissenting Opinion)

How a medical intervention is defined is meaningful for both patients and physician-scientists. The definition of research carries ethical and legal requirements that researchers must meet.

“To define what an experiment is and classify a study as such opens up [sic] [questions about] the appropriateness of the endeavor considering the potential harms and profits to the subjects involved.. [how]the subjects are selected and their consent is obtained…the purposes of the research and its ethical aptness become legitimate and unavoidable.  I argue that through this case it becomes obvious that the issue of defining what counts as human experimentation shifts from an epistemological to a serious ethical and political question, concerning the making of scientific knowledge…”

“passing in silence the fact that a study is an experimental procedure involving human subjects, researchers find the perfect excuse for not posing any ethical issues and not questioning the means and procedures in use.”(Rentetzi, 2004)