William C Black MD conducted unethical medical experiments on children. He wrote a report about an experiment in which he had infected a 12-month old baby with herpes. Francis Payton Rous, editor of the Journal of Experimental Medicine, rejected Black’s manuscript and wrote an editorial in the Journal stating: 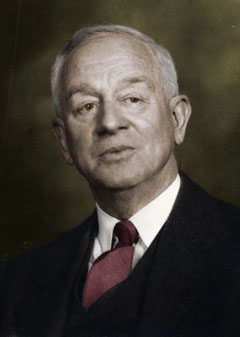 “I cannot let this occasion pass without saying that in my personal view th inoculation of a twelve month old infant with herpes virus obtained from an adult was an abuse of power, an infringement of the rights of an individual, and not excusable because the illness which followed had implications for science. The statement that the child was ‘offered as a volunteer’ – whatever that may mean – does not palliate the action.(Rous, 1941, quoted by  Michael Grodin and Leonard Glanz. Children as Research Subjects: Science, Ethics, and Law, 1994)

Nevertheless, Black published his report in the Journal of Pediatrics, 1942. Black selected at random, 23 children from his patients and injected them with infected herpes tissues to demonstrate symptoms that were caused by a single herpes virus. (Timothy Murphy. The Ethics of Research with Children, AMA, 2003)

Dr. Rous received the Nobel prize 50 years after he discovered the transmittable virus causing sarcoma cancer in chickens, but his discovery had been rejected by most pathologists. For about forty years his momentous discovery had little impact, because scientists were not prepared to think of viruses as agents of cancer.