Some thoughts on the Nuremberg Code’s 75th anniversary
by Ash, a Student of History…

For the past nine months I’ve been pseudonymously serializing the trial transcripts from USA v. Karl Brandt et al — more commonly known as the Nuremberg Doctors’ Trial — on Substack for readers to experience in “real time on a 75-year delay.”

This Friday will be the 75th anniversary of the verdict in this case and so my Substack will be reaching its end (save for a few brief notes on appeals and then execution of the sentences).

That means that this Friday is also the 75th birthday of The Nuremberg Code (as it came to be known).

But, if you’d been alive and present in the court room you could have easily observed the whole trial (lots of people apparently tuned into live streams of the Johnny Depp v. Amber Heard civil trial, for example).

My Substack sought to recreate the experience of being a court room observer by publishing the trial transcript on a daily basis each morning and afternoon, 75 years after the fact.
(This is what an alien observer in the Alpha Coronae Borealis star system, 75-light years away, could be hearing today had the audio of the trial had been broadcast by radio back then.)

It began on December 9, 2021 and will end with the verdict and sentencing this Friday, August 19 and Saturday, August 20, save, perhaps, for a note on when appeals were denied and executions took place.

I find it surprising (and sad!), but apparently many Millennials and Generation Z lack knowledge of some of the most basic facts about the Holocaust.

My hunch is that among people who know that something significant occurred at Nuremberg in the aftermath of World War II:

It is for the third point—the judge’s articulation of what came to be known as The Nuremberg Code—that the Doctors’ Trial stands out among the other eleven Nuremberg Minor Trials.

Authors much more credentialed than me, a mere student of history, have written that

Twenty-three defendants were tried: twenty-two men and one woman. All but three of them were physicians. 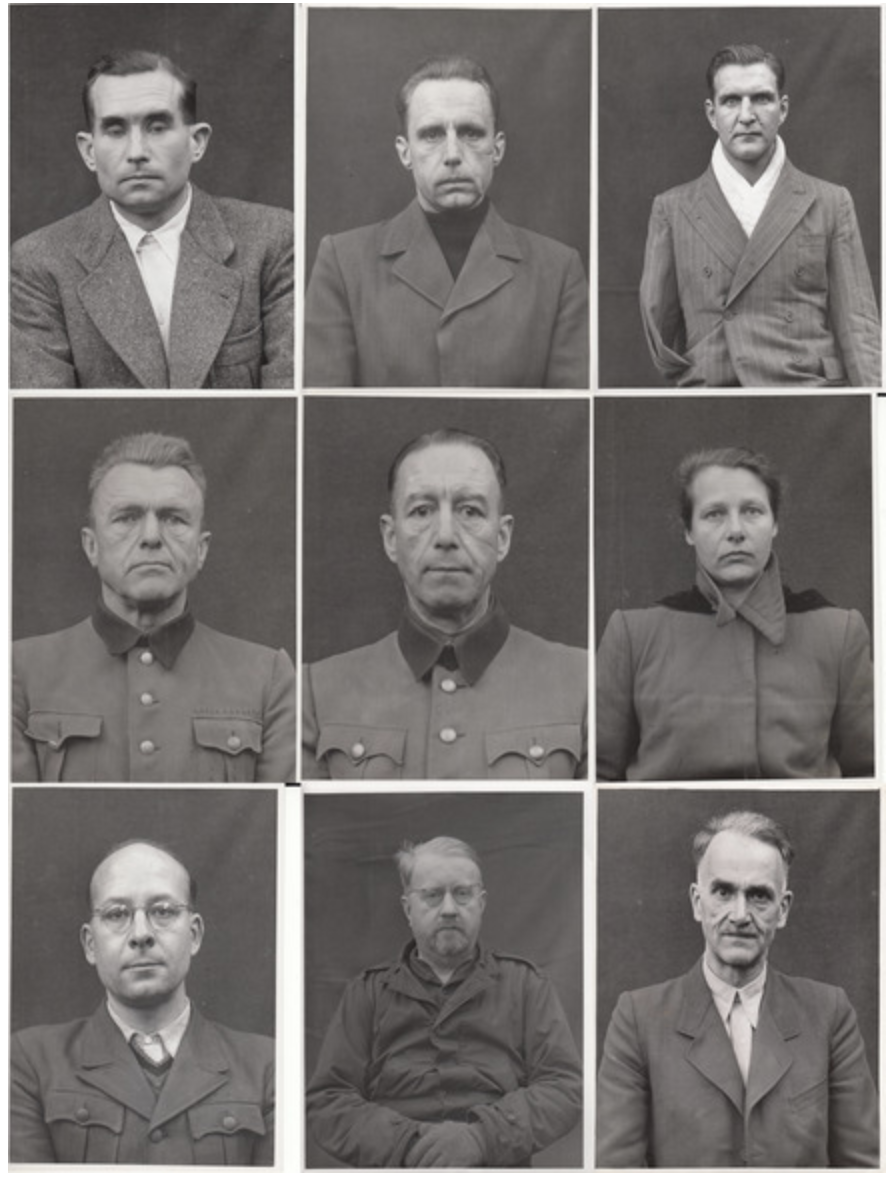 Rather than list all of the crimes they were indicted for, I’ll refer the interested reader to Harvard Law’s summary of the indictments.

The trial lasted for almost eight months. By my rough calculations, those who read along faithfully would have had roughly 50 pages of reading material per day to digest.

What did I learn?

Dr. Josef Mengele, the most notorious of the Nazi concentration camp doctors, had eluded capture.

Others who were caught and implicated committed suicide before they could be formally indicted and stand trial (for example, Drs. Leonardo Conti, Erwin Ding-Schuler, and Hans Eppinger).

As a believing Christian I take solace in the fact that none will escape God’s judgment.

Both the Americans and the Germans conducted high altitude experiments. Some American mental institutions treated their patients shabbily (although the Americans did not have an explicit policy to euthanize them). Both conducted malaria experiments on prisoners. (The defense sought to introduce a Life magazine article about experiments at the Statesville, Illinois penitentiary.)

Eugenics never went away. It merely changed names. Eugenics was imported from the United States by Nazi Germany. They then implemented en masse. The problem is eugenics really continues to be in the culture of public health.

The trial wasn’t a show trial. The defendants were afforded counsel of their own choosing and were able to mount a vigorous defense. The court, on its own motion, abstained from ruling on the first charge of conspiracy, finding it lacked a firm legal basis. Just as many defendants were found not guilty as were sentenced to death.

As Mark Twain said, “History doesn’t repeat itself, but it does rhyme.”

Here are a few examples—

In order to find out what the value of vaccines was, I intended to use them on a large scale to discover their value.

We’re never going to learn about how safe this vaccine is unless we start giving it.

In 1935 … an attempt was made to have politics prevail in universities as well. … It was believed that if this was achieved, science itself would be furthered. It was not realized that science itself, scientific research and work essentially has nothing to do with politics. A number of men who obtained influence were half educated. The[ir] resulting inferiority feeling [caused them] to compensate by pushing the scientist[s], the real scientist[s], aside as unequal to them.

Witness how the #woke Diversity-Inclusion-Equity diseases is metastasizing in the harder sciences in our universities.

Even in a state system and with a dictatorship, it is still impossible to become a scientific dictator, because the basis of all scientific progress lies in the critics, also in criticism toward things which one already thinks had been proved. Such an attitude excludes any subordination or mental subordination under a dictator.

The big danger to German science, and perhaps also abroad, was that most people did not want to look to the right or left to see what was happening. When science wants to advance it has to be able to see clearly.

As Steve Kirsch pointed out August 14, the CDC doesn’t look for and can’t find hardly a single vaccine caused death. Scientists who bother to look can.

The board of health of a city or town if, in its opinion, it is necessary for the public health or safety shall require and enforce the vaccination and revaccination of all the inhabitants thereof and shall provide them with the means of free vaccination. Whoever, being over twenty-one years of age and not under guardianship, refuses or neglects to comply with such requirement shall forfeit five dollars.

A substantial proportion of frontline healthcare workers are refusing [aka not volunteering] to accept the [experimental] COVID [gene therapy] vaccine. This poses an unacceptable risk to public health. They should take the jab or lose their job [which pays more than $168/year].

Of course, if as a scientist, I had been willing to conceal deaths which actually occurred—that is, make a false report—I would have violated the most primitive principle of the research worker that is, the one that he must report the results of his experiment correctly and honestly. One forgives any scientist for drawing false conclusions from his results, but one never forgives a scientist if, in his work, he misrepresents his results and would have been what this would have amounted to. Moreover, the concealing of deaths would, of course, had affected the whole technical development … it would have directed it into false channels.

— Dr. Siegfried Ruff, Director of the Department for Aviation Medicine at the German Experimental Institute for Aviation, April 29, 1947

A Pfizer adverse events document released by the Food and Drug Administration (FDA) on July 1, 2022, reveals chilling data showing 44 percent of pregnant women participating in Pfizer’s mRNA COVID vaccine trial suffered miscarriages. …Not only does Pfizer deny any vaccine-related causality and assert the losses of life had other causes, but it also categorizes losing a baby as a ‘resolved adverse effect’ — like a headache that went away.

75 years of secrecy and suppression of dissenting scientific opinion makes sense for #BigPharma when they’ve knowingly directed the research into false channels (to use Dr. Ruff’s term).

The effectiveness of this war vaccine was doubted by the specialists; it was known that in practice, vaccine against the plague aroused very serious reaction, abscesses internal collapse and they were frequently poisonous.

— The FDA anytime the NIH and NIAID are going to get royalties from #BigPharma on a vaccine.

The Nuremberg Code itself

The first principle of the Nuremberg Code bears directly on the biomedical authoritarian state that Klaus Schwab is attempting to bring to pass.

I’ll reformat it slightly to make clearer how its principles are an obstacle for Bill Gates, the WHO, and the WEF to overcome:

This means that the person involved should:

The incipient biomedical security state is pretty much built on force, fraud, deceit, duress and overreaching, as Katherine has been cataloging here on Bailiwick News.

Now, the Nuremberg Code, didn’t become “law” in the United States through this decision. Laws have to be passed by Congress and signed by the President, or at least not vetoed within 14-days of presentment.

However, its principles did inform post-World War II federal regulations and inspired the Declaration of Helsinki and various international human rights codes.

[In an email conversation with Katherine, she pointed out that the concepts of the Nuremberg Code are codified for military personnel subject to human experimentation at 50 USC 1520a (as amended in 1997), but subject to a pre-existing escape hatch at 50 USC 1515 (1969) whereby the President can suspend informed consent and any other provisions of the Chemical and Biological Warfare laws during a declared national emergency.

The United States has been continuously under a national emergency since Sept. 14, 2001, when President George W. Bush issued  Proclamation 7463 for “certain terrorist acts” under the 1975 National Emergencies Act. Each president since has renewed the Bush declaration every subsequent September. And President Donald Trump proclaimed an additional national emergency for Covid under the same law on March 13, 2020 (Proclamation 9994) which has also been extended several times and remains in full legal effect.]

The very notion, however, of informed consent has been under attack for a long time, especially during the never-ending 15 days to flatten the curve.

From my layman’s point of view, however, the “code” wasn’t “German law” prior to the Allies victory over Hitler. The crimes the Nazi doctors committed were sanctioned by Adolf Hitler who held in himself all of the legislative, executive and judicial authority of the German state. Under German law at the time they were seen as legal. But they clearly were not lawful. The judges who authored the Nuremberg Code grounded their code in universal moral principles (“all agree, however, that certain basic principles must be observed to satisfy moral, ethical and legal concepts”) that spring from our natural and God given rights as human beings.

The principle of informed consent has suffered greatly in recent years. As I’ve written before, the Malone Doctrine (backstory) is the only way healthcare and science can get back onto the Nuremberg Code tracks. But the Nuremberg Doctors’ Trial shows us that extreme evil doers have to obtain total victory or (at least a representative portion of them) can be brought to justice someday once there is a will to remember universal moral law.

Based on RFK Jr.’s indictment of Anthony Fauci, I personally believe that Fauci is as morally culpable of crimes against humanity as the Nazi doctors who were sentenced to death were based on the evidence adduced against them in this trial. In 1947 hanging was still in use.

Today, lethal injections seem to be the principle form of execution. But before Fauci is given a safe and effective lethal injection to the heart, with boosters to his eyes for all the evil he would not see, he deserves his day in court. Even if he runs out the clock on justice in this life like Josef Mengele did, he too will have to answer to the ultimate judge in the life to come.

Endonuclease Fingerprint Indicates a Synthetic Origin of SARS-CoV-2  SARS-CoV-2 is the virus that caused the disease COVID-19.   END_OF_DOCUMENT_TOKEN_TO_BE_REPLACED