This may be the last straw in dissolving the illusion of scientific integrity i n reviews published by the Cochrane Collaboration group.

With a $1.15 million “donation” – chicken feed for the Bill and Melinda Gates Foundation – they have purchased the Cochrane seal of “science-based reviews”. The medical literature has been corrupted at its core.

Medicine is and has been for a long time, the domain of Big Pharma, and Big Government with the acquiescence of the medical academic institutions.

For those of you who are under the illusion that the purpose of the Bill and Melinda Gates Foundation, and its financial “donations” is about philanthropy and the good of society, please, examine some of the empirical evidence that I have gathered documenting the contrary at:
Betrayal of Public Trust & Institutional Corruption: Vaccine Safety Ratings & Vaccine Science Falsified

The insidious influence of the Gates agenda is in evidence.  For example, the just released purported “systemic review” of the HPV vaccine by the Cochrane:
Prophylactic Vaccination Against Human Papillomaviruses to Prevent Cervical Cancer and its Precursors

The authors claim “We judged most included trials to be at low risk of bias” – is an oxymoronic statement, inasmuch as they concede that “all but one [study was] funded by vaccine manufacturers”.

ALL industry funded studies are designed to protect the company’s financial investment. That is THE overriding primary bias. In vaccine clinical trials in particular, there is a built-in bias; namely, the comparator arm.

The so-called “placebo-controlled” comparative vaccine studies do not use a genuine placebo. They include an adjuvant such as aluminum or mercury in the so-called “placebo” comparators both of which generate serious adverse effects. They use these adjuvants precisely in order to mask the serious risks posed by vaccines.

Next, the repeated claim that the HPV vaccine “prevents cervical cancer… There is high-certainty evidence that HPV vaccines protect against cervical precancer in adolescent girls and young women aged 15 to 26.” These are knowingly false statements.

The Cochrane reviewers acknowledge that the “Studies were not large enough or of sufficient duration to evaluate cervical cancer outcomes.” Cervical cancer doesn’t show up until many, many years later in women in their 50s. In fact, the study did not last long enough to ascertain whether it prevents cancer or any other disease.

The authors’ claim “We did not find an increased risk of serious adverse effects. Although the number of deaths is low overall, there were more deaths among women older than 25 years who received the vaccine. The deaths reported in the studies have been judged not to be related to the vaccine.”

The Cochrane Collaboration is indeed collaborating with its financial sponsors/ donators. Its “systematic review” of the MMR, aluminum and the HPV are a mockery of its claim to the source of “Trusted evidence. Informed decisions. Better health.”

Independent scientists who reject the financially profitable  medical dogma have been reduced to publishing under pseudonyms for fear of reprisal! 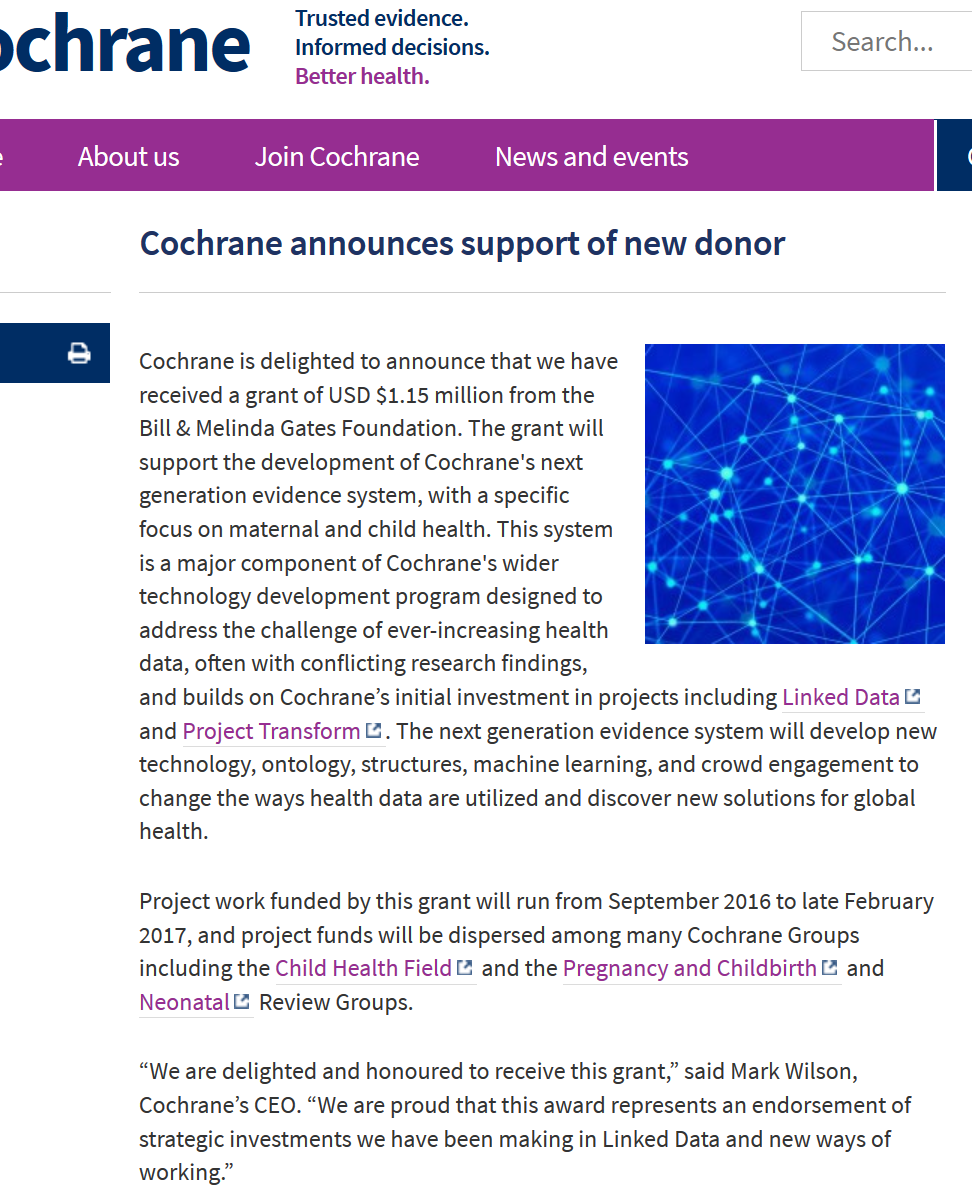