Vaccine Witch Hunts on the Rise

Texas officials are riding roughshod against Anita Vasquez, the mother of Aniya Blu Vasquez, a 22-month toddler who was the victim of a medical negligence. A doctor had mistakenly injected the baby with the human papillomavirus vaccine (HPV) vaccine that was meant for her 14 year-old brother.

When Merck launched its HPV vaccine, Gardasil® in 2008, Governor Rick Perry issued an order mandating the vaccine on girls. However,  a public outcry led the legislature overturned his order.] Ten years later, officials of the Texas Department of “Family and Protective Services” seek to terminate the mother’s parental rights – the most sacred relationship among humans and mammals alike. The reason? 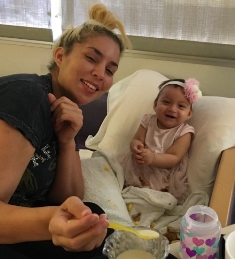 “Her mother sought medical attention for the symptoms that her daughter exhibited, asking each practitioner about the connection between the symptoms and the Gardasil-9 shot that her baby should not have received, but her concerns were rebuffed at every turn.

No doctor that saw her daughter wanted to admit that the shot could have any kind of side effects.

The doctor who made a medical error in giving her the vaccine has suffered no consequences, but the baby’s family has been ripped apart.”
(Health Impact News, June 2018)

Instead of taking the mother’s observations seriously, state-employed doctors and social workers declared her guilty of Munchausen by proxy — an accusation akin to declaring someone a witch! The accused has a no-win defense.

The state seeks the draconian punishment – loss of parental rights to her daughter – because she dared complain that her daughter has suffered adverse health effects following the unapproved exposure of a 22-month old toddler to the hazards associated with Merck’s Gardasil 9 vaccine.

The dispute regarding this vaccine has erupted in a fracas even within the Cochrane Collaboration, most of whose reviews are limited to reports that purport to find each government-recommended vaccine “safe and effective”. However, the HPV vaccine pits the UK branch of the Cochrane against the Danish branch. [Read Appendix 9: Betrayal of Public Trust]

A recent study published in the Journal of Toxicology and Environmental Health (2018) by Dr. Gayle DeLong, a statistician, examined CDC data on live births in females aged 25-29 which found a decline in birth rates. She posits that the HPV vaccine impacted pregnancies, reducing birth rates.  [Dr. DeLong  further elaborated  on her study at Age of Autism]

The lawsuit lacks legal justification because there is no charge of any wrongdoing. What’s more, Mr. Phillips has a pending lawsuit against some NC Bar Association attorneys. This is  clear conflict of interest that preludes the suit from going forward until his suit is resolved. Mr. Phillips is the only lawyer in the United States who works solely on vaccine exemption issues, advising clients how legally to exercise their right to exemptions from some vaccines, and he works on legislative action. These activities are legitimate in a free democratic society.

The attack is designed to disbar Phillips – as other lawyers have been – not for any wrongdoing, but rather for helping people legally avoid vaccines that they believe to pose an unacceptable risk of harm. This is not just a personal attack against Phillips. The North Carolina bar association is attempting to force Mr. Phillips to hand over confidential client documents. Given Phillips’ unique role in helping clients nationally with exemptions and legislative activism, this is an attack on the entire vaccine awareness movement!

It’s worth recalling North Carolina’s dubious record of human rights abuses. The state of North Carolina was among the last places that carried out forced sterilizations — almost three decades after the Nazis.

The North Carolina State Bar, the agency that licenses NC attorneys, has taken the unprecedented step of filing a lawsuit against the nation’s leading vaccine rights attorney, Alan Phillips, J.D., to force Phillips to hand over years of his clients’ files or risk being jailed for civil contempt… 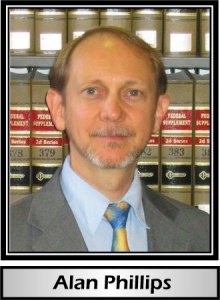 Attorney Phillips is the nation’s leading Vaccine Rights attorney, the only attorney whose practice is focused solely on vaccine exemptions and vaccine legislative activism, and who works with clients, attorneys, legislators and activists nationally in virtually every possible U.S. exemption setting.[1] North Carolina is known as “Vaccine Central” for its award-winning vaccine companies.[2] So, it’s not surprising that the NC State Bar is going after Phillips, with what Phillips claims are invented facts and law in a series of steps that appear to have been designed from the start to disbar Phillips, for helping people legally avoid vaccines. This is not just a personal attack against Phillips, it’s an attack on the entire vaccine awareness movement, given Phillips’ unique role in helping clients nationally with exemptions and legislative activism! So, please 1) share this story far and wide, 2) sign the petition linked below, 3) donate to support Phillips’ legal defense fund, and 4) stay tuned for updates to this story! (links below)

BASELESS ATTACK:  The NC Bar’s lawsuit and underlying investigation are both unlawful for several reasons, according to Phillips. First, the Bar lacks the legally-required “allegation of misconduct.” That’s right, they are not even claiming Phillips actually did anything wrong, in which case (or should we say, “witch case”?) there is no legal basis for the investigation or lawsuit! There is also a blatant conflict of interest, Phillips points out, as he filed a good-faith complaint against State Bar attorneys for their fabrication of facts and law in a February 2017 “Letter of Warning” to Phillips. NC Bar attorneys can’t lawfully investigate Phillips while Phillips has an unresolved complaint open against Bar attorneys; both matters must be addressed by outside, independent people to avoid the obvious conflicts of interest. But the NC Bar is ignoring that conflict; it is suppressing Phillips’ complaint against Bar attorneys, and aggressively pursuing Phillips.

Phillips is not alone in his claim that NC Bar attorneys have engaged in serious misconduct. His complaint against NC Bar attorneys is supported by two independent legal experts, and Phillips’ own preliminary investigation has turned up other witnesses to NC Bar officials fabricating facts, and other attorneys who claim they were disbarred based on facts invented by NC Bar attorneys. So, there appears to be a very serious problem at the NC State Bar!

And Phillips isn’t the only one who has filed a complaint against NC Bar attorneys! Several organizations around the country have also filed complaints in recent months, based on contradictions between a NC Bar letter and other information posted on the Internet. NC Bar officials are suppressing these complaints as well—again, avoiding scrutiny of their own actions. Yet, they continue to pass judgment on other NC attorneys. More than just a little ironic…

Finally, according to Phillips, the NC State Bar’s demand for years of Phillips’ clients’ files amounts to an unlawful “fishing expedition.” That’s a legal term for digging around in private information or documents to see if you can find something wrong, without a legitimate basis for having access to the information in the first place. It violates Constitutional due process. And this “expedition” would be particularly egregious, as it would violate hundreds of Phillips’ clients’ privacy rights based on the most sacred of legal tenets, the attorney-client privilege.

Phillips fears the court may rubber-stamp the Bar’s unlawful demand, as courts sometimes do with government entities and powerful private persons. But Phillips also believes there is an out-of-the-box solution to the problem that involves putting a public spotlight on the matter, to expose publicly the NC Bar’s misdeeds, on the theory that “even a bad person will do the right thing when there’s a spotlight on them…” For example, Phillips founded a new non-profit, Bar Watch, Inc., to put a light on the NC Bar attorneys’ misconduct, and to garner support for a proper investigation of the NC Bar. But your help is needed to power that light!

A summary and detailed description of the NC State Bar saga are available at the new Bar Watch, Inc. website: https://BarWatchOnline.org.

HOW YOU CAN HELP!
1.  Please sign one of these petitions:

2. Please share this article throughout the vaccine awareness community!
3. Please Donate to:

(a) Bar Watch, Inc.: A NC non-profit corporation to document and expose publicly the NC State Bar’s misconduct regarding Phillips and other NC attorney-victims:
https://www.patreon.com/BarWatchInc
(b) Vaccine Rights Attorney Legal Defense Fund: Help Phillips pay for his legal defense. Phillips has spent over two decades donating most of his time to the vaccine controversy with frequent radio shows, legislative activism, conferences, information by phone and email—and never asked for donations. But now he needs our help: https://www.gofundme.com/vax-rights-atty-legal-defense-fund
(c) Personal donations: PayPal to alan@vaccinerights.com

[Animation] One Holocaust is Enough – God and Noncompliance: The Only Way Out

Read More
[Animation] One Holocaust is Enough – God and Noncompliance: The Only Way Out