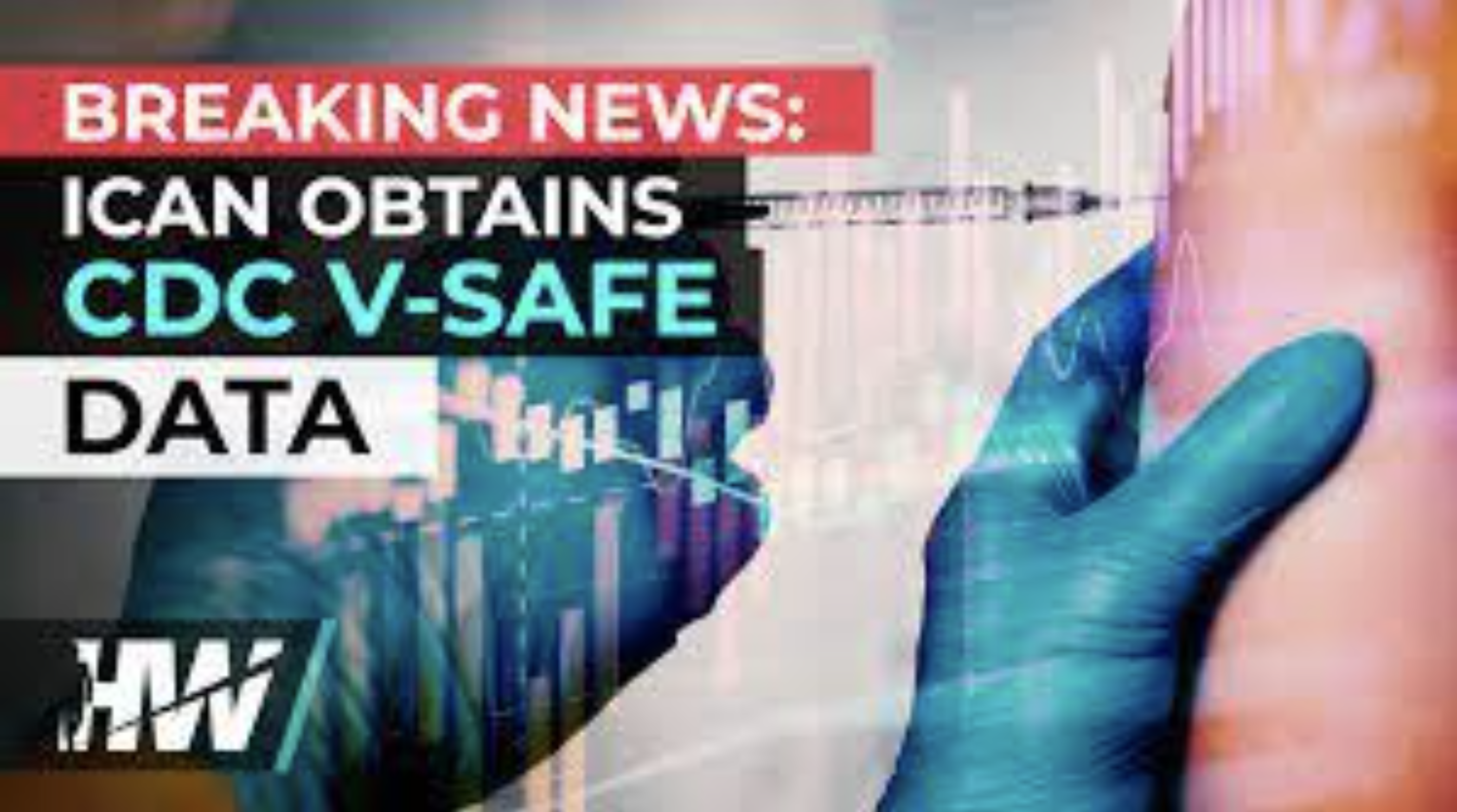 After a year of legal battles officials at the U.S. Centers for Disease Control (CDC) were forced by court order to release the large body of evidence contained in CDC’s V-Safe data reporting system. The evidence contradicts the incessant “safe and effective” propaganda.

The media has been deceiving the public with “fake news” that it has disseminated to help escalate the profit-margins of Pfizer and Moderna – companies that sponsor the same media outlets.

The released documents reveal that about 10 million people utilized V-safe during the period of time that the data covers: Dec. 14, 2020, to July 31, 2022. During that time, about 231 million Americans received at least one vaccine dose.

Another 2.5 million people reported needing to miss school, work, or other normal activities following an adverse health event after getting a COVID-19 vaccine.

The data regarding young children is even worse!

the data on children between zero and three years, it is noted that out of almost 14 thousand enrolled in the V-Safe system, over 3 thousand reported adverse reactions, that is 21.5%.

Users of V-safe filled in data for about 13,000 children younger than 2 years old, reporting more than 33,000 symptoms, including pain, loss of appetite, and irritability.” [PRN Newswire]

Israeli government officials, have similarly concealed evidence of serious harm from the Israeli public and the world.

Contrary to the assertions of government officials, an Israeli National study based on data from emergency services reveals that COVID infection is itself not linked to significant increase in cardiovascular complications.

A new study by Israeli researchers and published in Nature has revealed an increase of over 25 percent in cardiovascular-related emergency calls in the young-adult population, following the rollout of COVID vaccines, among both males and females. No similar increase was found due to COVID infection alone.

Israel health authorities and the U.S. Centers of Disease Control (CDC) have acknowledged a link between COVID vaccines and specific cardiovascular complications. The risk of myocarditis after receiving a second vaccine dose is now estimated to be between 1 in 3000 to 1 in 6000 in men aged 16 to 24.

Recent articles in scientific journals, however, have sought to suggest that cardiovascular complications following COVID infection are more common than those following vaccination. This assertion is contradicted by the findings from a recent study conducted by Israeli researchers, using data from Israel National Emergency Medical Services (EMS) related to “cardiac arrest and acute coronary syndrome EMS calls in the 16–39-year-old population” between 2019 and 2021. This enabled them to compare baseline (pre-COVID epidemic) to COVID epidemic without vaccines, to COVID epidemic following widespread vaccine takeup.

An increase of over 25% was detected in both call types during January–May 2021, compared with the years 2019–2020. That is to say, “increased rates of vaccination … are associated with increased number of CA [cardiac arrest] and ACS [acute coronary syndrome].” By contrast, the trial “did not detect a statistically significant association between the COVID-19 infection rates and the CA and ACS weekly call counts.”

While the dangers of myocarditis for young males have gained widespread attention, this study found a larger increase in CA and ACS events among females that was linked to COVID vaccination.

Myocarditis is known to be a “major cause of sudden, unexpected deaths in adults less than 40 years of age and is assessed to be responsible for 12–20% of these deaths,” the study’s authors note. They add that their findings have been mirrored by researchers in Germany and Scotland.

They caution that given these findings, “It is essential to raise awareness among patients and clinicians with respect to related symptoms (e.g., chest discomfort and shortness of breath) following vaccination or COVID-19 infection to ensure that potential harm is minimized.”

Endonuclease Fingerprint Indicates a Synthetic Origin of SARS-CoV-2  SARS-CoV-2 is the virus that caused the disease COVID-19.   END_OF_DOCUMENT_TOKEN_TO_BE_REPLACED