Robert De Niro, the Oscar winner and co-founder of the Tribeca Film Festival, appeared on NBC  Today show and spoke at length about his thoughts on the potential link between vaccinations and autism and the importance of the much-debated film, Vaxxed: From Cover-Up to Catastrophe. View the Today interview here

“I, as a parent of a child who has autism, I’m concerned. And I want to know the truth. I’m not anti-vaccine. I want safe vaccines.”

“For me to get so upset here today, on the Today show with you guys, means there’s something there. That’s all I wanted, was for the movie to be seen.”

“People can make their own judgment, but you must see it. There’s other things that just document and show. It’s not a simple thing … I’m not a scientist, but I’ve seen so much reaction of just ‘let’s find out the truth’, so let’s just find out the truth.”

His reasonable comments and concerns reflect his authentic, painfully arrived at uncertainty about the safety of vaccines. His comments are bound to resonate with millions of families who want to hear the other side — not only the government and its allied doctors. His comments will, no doubt, rattle the financially conflicted medical and public health community.

The CDC and its hand-picked “experts” who favor one-size-fits-all vaccine mandates, are intent on controlling the vaccine debate. With the willing assistance of the mainstream media, they are doing their darnedest to pretend that a reasonable middle ground in the vaccine debate does not exist. They even tried to silence three Presidential candidates, two of whom happen to be physicians and are probably more knowledgeable than the reporters who receive their scripts from CDC / Big Pharma controlled health news sources such as, “Hollywood Health & Society” Read Why is the CDC Petrified of Vaxxed?

In unison, these vested interest alliances have created a straw man: an ignorant, anti-science, anti-vaccine caricature that the media can disparage and destroy. It has to be either you accept the “science” CDC claims as its mantle, and you favor forcing every child to receive every government-designated vaccine that is added to the CDC schedule, or you are influenced by “Quacks” who hate vaccines.

Reasonable facts and opinions are not allowed in this debate, lest the credible facts lead to decisions that undermine CDC authority and cut-into the profit margins of vaccine manufacturers. The freedom to make your own medical decisions about which vaccines to reject, and which to accept for your child, has become anathema. It was the norm, until the hysteria about a measles outbreak – which affected BOTH vaccinated and unvaccinated children. Read the facts: The 2015 U.S. Measles Outbreak: Facts at Your Fingertips.

Independent arrived at health care decisions have been deemed by government and the stakeholders in the health care enterprise as a crime against the common good. Independent ideas in health care and politics are too dangerous for ordinary folks. Better to deny them any hint of legitimacy and definitely no prime time. Independent investigative journalist Sharyl Atkisson recently wrote about how the media ignore or demean substantial scientific evidence linking vaccines to neurologic injuries and autism.

Robert De Niro pulled the film Vaxxed from the Tribeca Film Festival because he was under enormous pressure from financial backers. But De Niro has not altered his opinion that the public should see the film and make up its own mind. 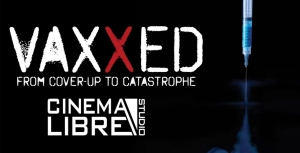