CDC is petrified that the revelations made by Dr. William Thompson the CDC whistleblower, in taped recordings – a portion of which are presented in the riveting film, VAXXED: From Corruption to Catastrophe, are but a prologue of revelations to come. CDC is petrified of facing Dr. Thompson in a congressional hearing which would reveal to the American public and to the world, the magnitude of CDC’s deception, corrupted science and criminal actions.

The transcripts of the four recorded conversations between Dr. Thompson and Dr. Brian Hooker were published in a book in 2015; Vaccine Whistleblower: Exposing Autism Research Fraud at the CDC, by attorney Kevin Barry who, like Dr. Hooker, is the father of a child with autism. The transcripts reveal that CDC hides a plethora of instances of corrupted science upon which CDC had made false claims about the safety of vaccines, and CDC’s aggressive vaccination schedule.

In his preface to the book, Dr. Boyd E. Haley, a professor of chemistry who has testified at past Institute of Medicine (IOM) meetings on Thimerosal toxicity, urges every pediatrician in the country to read the transcripts and encourages an immediate investigation by Congress.

Make no mistake about the significance of Dr. Thompson’s documentation; this is the equivalent of WikiLeaks in public health. The evidence of CDC’s malfeasance and scientific corruption validates Robert F. Kennedy Jr’s characterization of the CDC as a “cesspool of corruption” as accurate. Did CDC officials formulate the nation’s vaccination schedule knowingly exposing vulnerable young children to the risk of brain damage? Were these children the sacrificial lambs? 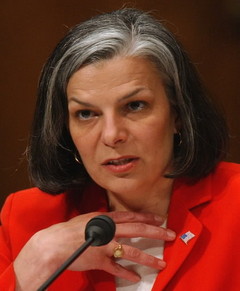 In 2007, CDC issued an autism prevalence report, finding that the rate of autism had increased to 1 in 152, affecting 560,000 American children. Nowhere in the report is there discussion or even mention of the possible cause. Instead, CDC Director, Julie Gerberding credited the agency’s methodology: “Our estimates are becoming better and more consistent, though we can’t tell yet if there is a true increase in ASD [Autism Spectrum Disease] or if the changes are the result of our better studies.”

Thompson blew the whistle in 2014, when he responded to a Freedom of Information request submitted by Dr. Brian Hooker, a biologist. Dr. Thompson is prepared to testify about these actions publicly at congressional hearings. When that comes to pass, the entire edifice collapses and the agency’s leadership, its scientists, and the CDC vaccination schedule – all go up in smoke.

“We regret as there were undeclared competing interests on the part of the author which compromised the peer review process. Furthermore, post-publication peer review raised concerns about the validity of the methods and statistical analysis, therefore the Editors no longer have confidence in the soundness of the findings.”

We found that Hooker’s article is accessible online at the Open Access publisher, BioMed Central.

“All of the barriers that are meant to protect our children: the government, the lawyers, the regulatory agencies and the press – the checks and balances in our democratic system that are supposed to stand between corporate power and our little children have been removed . . . and there’s only one barrier left and that’s the parents. . . . And we need to keep them in the equation.”

Not presented in the film, but relevant to lifting the covers of deception and fraudulent practices that have corrupted the science in order to maintain the fiction that vaccines are “safe and effective,” are two current federal class action lawsuits that charge Merck with fraud and violation of U.S. anti-trust law. The first qui tam suit was filed by two former Merck virologists who accuse Merck of engaging in a fraudulent vaccine “effectiveness testing program” to hide the declining efficacy of the MMR vaccine, which is in danger of losing its FDA marketing license. The second was filed by a clinic and two physicians who accuse Merck of engaging in illegal non-competitive practices. Read more here

Why is the CDC Petrified of the Film Vaxxed? by Richard Gale and Gary Null, producers/ directors of three award winning documentaries about vaccine injury, autism and scientific flaws – whose own films were screened at film festivals across the country, have probed deeply into CDC’s utilization of multi-faceted avenues to establish and maintain control over the media’s rendition of health issues.

They shed light on the scope and magnitude of hidden deeply embedded conflicts of interest, and on CDC’s (publicly unknown) central role in shaping and controlling the media discourse about vaccines. The ties that bind provide a rational explanation for the concerted effort to suppress Vaxxed. Gale and Null make the case that the media blitzkrieg against the film was orchestrated as a CDC public relations campaign.

Here are some of the eye opening revelations made by Gale and Null about CDC’s multi-faceted avenues they have established to maintain control over the media’s rendition of health issues:

Why is the CDC Petrified of the Film Vaxxed?   Excerpt

“The media’s central message frames Dr. Wakefield as a “discredited” British gastroenterologist who fabricated research in order to mislead the world that the MMR vaccine causes autism. For this reason, we are persuaded to blindly accept that Vaxxed is simply another example of misinformed anti-vaccine lunacy that will endanger the lives of children across America. Therefore, we should ignore the film and save our money, because our shining experts sitting in the high towers at the CDC have already concluded that vaccines do not cause autism. (Null)

“The film endangers the professional credibility and integrity of the nation’s most powerful federal health agency as well as the private vaccine industry’s profits that the CDC protects. If it were simply a visual screed of voices opposing mandatory vaccinations, the documentary would have its burst of limited popularity and quickly be forgotten as so many anti-vaccine films are.

Vaxxed, on the other hand, incriminates federal officials and scientists at the highest levels, including former CDC Director Julie Gerberding, with the intentional cover-up and manipulation of the agency’s own research data to continue its public relations charade that vaccines under no circumstances are associated with the US’s increasing autism crisis in our midst.

Unknown to the general public and many in the medical profession is the existence of the CDC’s sophisticated public relations and media operations. Tax dollars are spent to train journalists about framing medical news and articulately contest controversial stories that challenge the federal agencies’ and pharmaceutical industry’s national health and vaccine agendas. This broad network of journalists are employed by mainstream media companies, magazines and newspapers, and freelancers and provide the CDC with a daunting army of writers, reporters, columnists and newscasters to commence its bidding. Threats, fear mongering, and outright hatred written towards vaccine opponents are commonplace mainstream journalistic schemes. What they also share in common is either complete ignorance or denial of the science challenging cherished pro-vaccine beliefs.

When we try to understand how and why so many mainstream journalists, writers and television and radio broadcasters can recite the identical mantra about vaccine safety, promulgate identical storylines and share a similar disdain and animosity towards those who question the CDC’s claims that deny vaccines’ contribution to autism, we can look at the joint CDC-Association of Health Care Journalists (AHCJ) fellowship program. Scores of health editors, writers and reporters throughout the nation’s leading mainstream media corporations and publications—MSNBC, NPR, the Los Angeles Times, San Francisco Chronicle to name a few on the fellowship’s webpage—have passed through the CDC’s Atlanta campus for a week’s worth of intense instruction in national public health policy.

According to the AHCJ’s fellowship information, journalists are indoctrinated in conventional federal health policies regarding epidemiology, global disease prevention, pandemic flu preparedness, vaccine safety and autism. They also receive training in “navigating databases such as the Behavioral Risk Factor Surveillance Survey and CDC publications” to assist their research and writing. Afterwards they return to their companies to propagandize the CDC’s ideological stance on vaccination and receive notices and scripts about stories to report and release.  (Read more