The Catalyst for the documentary film, Vaxxed

In 2013, Dr. William Thompson, senior epidemiologist at the Center for Disease Control & Prevention (CDC) stepped forward and confessed that the pivotal CDC study published in the journal of the American Association of Pediatrics, Pediatrics (2004), entitled “Age at first measles-mumps-rubella vaccination in children with autism and school-matched control subjects: a population-based study in metropolitan Atlanta,” was manipulated, its claimed findings fraudulent. This study has been used repeatedly by the CDC, to assure doctors and the public that the study provides scientific evidence disproving any connection between the measles, mumps, rubella vaccine (MMR) and autism.  was manipulated, its claimed findings fraudulent.

Dr. Thompson, whose primary job duties while working in CDC’s immunization safety branch from 2000 to 2006, and who led or co-led three major vaccine safety studies — the MADDSP (Metropolitan Atlanta Developmental Disabilities Surveillance Program), MMR autism case-controlled studies were being carried out in response to the 1998 Wakefield study that suggested an autism-like health outcome, became a whistleblower.

Dr. Thompson provided the unpublished, concealed CDC data from that key 2004 CDC study to Dr. Brian Hooker, a bioengineer who had requested data from the study under the Freedom of Information Act (FOIA). Dr. Thompson related that when CDC scientists examined the evidence of children vaccinated with the MMR vaccine, they discovered that following MMR vaccination at an early age –before age three—resulted in a statistically significant increase of autism in boys. In African American boys that risk rose to an astounding 340% increased risk.

According to Dr. Thompson, that vital medical information was not only concealed, it was destroyed by the CDC scientists. On 27 August, 2014, Thompson released a statement via the law firm Morgan Verkamp, LLC, confirming that he had spoken with Dr. Brian Hooker and that he had “omitted statistically significant information” from his study:

“I regret that my coauthors and I omitted statistically significant information in our 2004 article published in the journal Pediatrics. The omitted data suggested that African American males who received the MMR vaccine before age 36 months were at increased risk for autism. Decisions were made regarding which findings to report after the data were collected, and I believe that the final study protocol was not followed.

My concern has been the decision to omit relevant findings in a particular study for a particular sub­ group for a particular vaccine. There have always been recognized risks for vaccination and I believe it is the responsibility of the CDC to properly  convey the risks associated  with receipt of those vaccines.”

There have always been recognized risks for vaccination and I believe it is the responsibility of the CDC to properly convey the risks associated with receipt of those vaccines.”

Using the data obtained from Dr. Thompson (which he had requested under the FOIA), Dr. Brian Hooker reanalyzed the CDC data in an article published in Translational Neurodegeneration entitled “Measles-mumps-rubella vaccination timing and autism among young African American boys: a reanalysis of CDC data.” Dr. Hooker’s article concluded: “African American males receiving the MMR vaccine prior to 24 months of age or 36 months of age are more likely to receive an autism diagnosis.”

On August 27, 2014, the article was retracted by the Editor and Publisher:

“We regret as there were undeclared competing interests on the part of the author which compromised the peer review process. Furthermore, post-publication peer review raised concerns about the validity of the methods and statistical analysis, therefore the Editors no longer have confidence in the soundness of the findings.”   However, the article is accessible on open acess online here

Following Dr. Thompson’s disclosure, the CDC issued a disingenuous statement; one that follows the script used by pharmaceutical companies when confronted in a court of law with documented evidence of fraud: 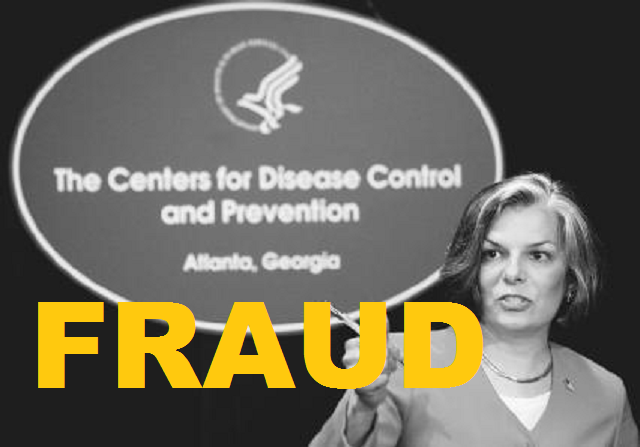 “CDC shares with parents and others great concern about the number of children with autism spectrum disorder. CDC is committed to continuing to provide essential data on autism, search for factors that put children at risk for autism and look for possible causes. While doing so, we work to develop resources that help identify children with autism as early as possible so they can benefit from intervention services.

CDC’s study … published in Pediatrics in 2004, included boys and girls from different ethnic groups, including black children. The manuscript presented the results on two sets of children:

“Dr. William Thompson admits he played a key role in helping uncover data manipulation by the CDC. This fraud obscured a higher incidence of autism in African-American boys due to the MMR vaccine. The whistleblower, Dr. William Thompson, came forward after a Freedom of Information Act (FOIA) request for original data on an autism study was filed and these highly sensitive documents were received with the assistance of U.S. Representative Darrell Issa, Chairman of the House Oversight and Government Reform Committee.

The CDC documents and discussions with the whistleblower reveal widespread manipulation of scientific data and top-down pressure on CDC scientists to suppress a causal link between the MMR vaccine and later autism diagnosis, particularly in a subset of African-American males who received their immunization “on-time” in accordance with the recommended CDC schedule.”

The published CDC study by DeStefano Bhasin TK, Thompson WW, Yeargin-Allsopp M, Boyle C. in the journal, Pediatrics, 2004, “Age At First Measles-Mumps-Rubella Vaccination In Children With Autism And School-Matched Control Subjects: A Population-Based Study In Metropolitan Atlanta” was a case-control study in which age at first MMR vaccination was compared between autistic “cases” and “neurotypical” controls.

Vaccination data were abstracted from immunization forms required for school entry, and records of children who were born in Georgia were linked to Georgia birth certificates for information on maternal and birth factors. According to Dr. Thompson, the conclusion of the study was fraudulently manipulated; the offending data was concealed and ultimately destroyed. This fraudulent study has not been retracted; it is posted on PubMed and continues to be widely cited as evidence disproving the link between the MMR vaccine and autism.

The documented CDC evidence confirmed – not merely suggested — the validity of the controversial observation made by Dr. Andrew Wakefield whose career as a doctor was destroyed after he co-authored a paper published in The Lancet (1998) which was subsequently retracted amid a media furor. The iReport CNN story seemed to disappear mysteriously, further fueling the suspicion that an intentional cover-up was underway.

On July 29, 2015 Rep. Bill Posey called for a congressional investigation of CDC’s MMR research fraud. He read the following excerpts from a letter written by Dr. Thompson from the House floor, to be entered into the Congressional Record.

Posey stated:“It’s troubling to me that in a recent designate hearing on childhood vaccinations it was never mentioned that our government has paid out over $3 billion through a vaccine injury compensation program for children who have been injured by vaccinations.

Regardless of the subject matter, parents making decisions about their children’s health deserve to have the best information available to them. They should be able to count on federal agencies to tell them the truth.” He then read Dr. Thompson letter:

“I regret that my co-authors and I omitted statistically significant information in our 2004 article published in the journal of Pediatrics. My primary job duties while working in the immunization safety branch from 2000 to 2006 were to lead or co-lead three major vaccine safety studies. The MADDSP, M.M.R., autism cases controlled studies were being carried out in response to the Wakefield Lancity study that suggested an autism-like health outcome.

There were several major concerns between consumer advocates outside the CDC following the execution of the study. One of the important goals that was determined upfront in the spring of 2001 before any of these studies started was to have all three protocols vetted outside the CDC prior to the start of the analyses so that consumer advocates could not claim that we were presenting analyses that suited our own goals and biases.

We hypothesized if we found statistically effects at either 18 or 36-month thresholds, we concluded that vaccines could lead to autism characteristics or liked features. We — the goal was to not deviate from the analysis plan to avoid the debacle that occurred with the study published in the pediatrics in 2003. At the September 5 meeting we discussed in detail how to code race for both a sample and the birth certificate sample. At the bottom of table 7, it also shows that for the nonbirth certificate sample, the adjusted race effect statistical significance was huge.

All the authors and I met and decided somewhere between august and September 2002 not to report any race effects for the paper. Sometime soon after the meeting we decided to exclude reporting any race effects, the co-authors scheduled a meeting to destroy documents related to the study.

The remaining four co-authors all met and brought a big garbage can into the meeting room and revuned [?] went through all the hard copy documents that we thought we should discard and put them in a huge garbage can. However, because I assumed it was illegal and would violate both FOIA and DOJ requests, I kept hard copies of my office and i retained all associated computer files. I believe we intentionally withheld controversial findings from the final draft of the pediatrics paper.” {C-Span July 29, 2015]