Another Rotavirus Vaccine Bites the Dust

A clinical trial of the new rotavirus vaccine from the Serum Institute of India shows that the vaccine increases the incidence of diarrhea instead of decreasing it.

The vaccine BRV-PV (manufactured by Serum Institute India)  was field tested in Niger in Western Africa. The results were published in the prestigious New England Journal of Medicine (NEJM, 2017). The authors report that vaccine efficacy was 66.7% against severe rotavirus diarrhea. 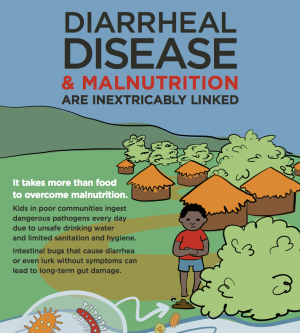 What was not highlighted was that diarrhea caused by other agents increased significantly and the vaccinated children had more diarrhea than those not vaccinated.

In response to the original article, the New England Journal of Medicine just published a letter by Dr. Jacob Puliyel* and Jaspreet Kaur in which the authors argue that there was a significantly higher rate of gastroenteritis and diarrhea in the vaccinated group compared to those given the placebo – an inert dummy vaccine. The authors point out that this vaccine could aggravate the problem it is meant to solve in resource-poor countries. An anti-diarrhea vaccine that increases the incidence of diarrhea is unlikely to find a market.

Furthermore, they point out that this is not the first rotavirus vaccine that is under a cloud for not being upfront with trial data. Another vaccine Rotavac (manufactured by Bharat Biotech) was recently in the news for not disclosing adverse events in a vaccine trial.

This vaccine was tested in 3 centers in India. It appears there was a significant increase in the incidence of intussusceptions – a potentially life threatening complication where the intestine telescopes into itself and can become gangrenous – at the Vellore center. This data from Vellore has not been published in spite of repeated requests for it from various quarters including from the Indian Prime Minister’s office.

In response to a public interest litigation (PIL) filed  in the Delhi High Court, lawyers for the opposite side  argued that:

“… site specific data on safety is inappropriate for release as per protocol and its inappropriate interpretation or publication which would lead to disinformation about the product (that has been) developed by government with great effort and expense, and will give unfair advantage to multinational products which were never tested in India, (and) yet (were) licensed.”

This vaccine Rotavac has now been licensed in India and the vaccine is being administered in a Phase IV trial without informing parents of the risks observed in the randomized control trial in Vellore – a clear violation of basic ethical values.

This phenomenon of incomplete and inaccurate reporting of crucial clinical trial data is not limited to Indian manufacturers of vaccines. GlaxoSmithKline recently tested its vaccine Rotarix,  in Bangladesh and the outcome was similar.

PLoS Medicine recently published the results of the Rotarix trial in Bangladesh.  The PLoS Comments by Jain and Mittal point out that the purpose of the vaccine is to reduce the overall burden of disease from diarrhea and diarrhea deaths. However there were more cases of children reporting diarrhea among those vaccinated with Rotarix in Bangladesh.

Although this increase in diarrhea was not statistically significant, the fact remains that Rotatrix did not reduce diarrhea among the vaccinated – in spite of its exorbitant cost.  The authors have not responded to the comments till now.

It all boils down to making a profit. Misrepresenting research findings, cherry picking data, and concealment of adverse events in clinical trials are now seemingly acceptable practices.    (END)

Jacob Puliyel MD
puliyel@gmail.com
Puliyel is a member of the National Technical Advisory Group on Immunization Government of India. The views expressed are his own.
*Dr. Pulyel is among the exemplary professionals selected by AHRP for its Honor Roll.

Below is the NEJM letter
Correspondence: Heat-Stable Oral Rotavirus Vaccine

Isanaka and colleagues (March 23 issue)1 tested a heat-stable rotavirus vaccine in Niger and report an efficacy of 66.7% against severe rotavirus gastroenteritis in the per-protocol population.

The purpose of rotavirus vaccination is ultimately to reduce the incidence of diarrhea and diarrhea-related death. However, the rate of severe gastroenteritis due to any cause was not significantly lower among the vaccinated infants than among those who received placebo (difference in rate, 1.97 cases per 100 person-years; 95% confidence interval [CI], −1.28 to 5.22).

The lack of efficacy against severe gastroenteritis has not been highlighted in the discussion although this information is crucial for decision makers. The intention-to-treat analysis more closely reflects efficacy in real-world conditions. Everyone who received the first dose of vaccine was given was included in the intention-to-treat analysis; 86% of them went on to receive all three doses per the protocol and were included in the per-protocol analysis. In the intention-to-treat analysis, there was a significantly higher rate of gastroenteritis due to any cause in the vaccine group than in the placebo group (difference in rate, −6.59 cases per 100 person-years; 95% CI, −11.89 to −1.29 [negative difference values favor the placebo group]).

Again, there was no benefit of the vaccine against severe gastroenteritis. This vaccine could aggravate the problem it is meant to solve in resource-poor countries. Conflict No potential conflict of interest relevant to this letter was reported.