The authors point out that their analysis of the data submitted by GlaxoSmithKline to the European Medicines Agency (EMA) in a confidential report (2012) reveals that 83 % of the reported infant deaths have taken place within the first 10 days after vaccination with “Infanrix hexa” vaccine. Only 17% occurred in the next 10 days. They point out that:

“If this were simply coincidental deaths then it would not all cluster immediately after vaccination but would have been distributed uniformly over the 20 day period.”

The GSK confidential report was made publicly available following an Italian court order in 2015.

The concealment of deaths suggests collusion by the EMA and GSK. The authors show that these infant deaths were in concealed and the cause was misatributed . Furthermore, the authors point out, that Hexavac – a similar vaccine manufactured by Sanofi Pasteur, had been introduced in the market in 2000 and it was removed from the European market in 2005, after it was found to have increased deaths of children within two days of vaccination.

In the Indian context, the authors note that the current policy of automatically approving any drug licensed in the USA and Europe, should be reconsidered: “This reliance on due diligence by the EMA may be misplaced and needs to be re-evaluated.” “Pentavac”, manufactured by Serum Institute of India  and marketed in India, is similar to the now banned Hexavac and the Infanrix hexa reported here, except that the whole cell whooping cough vaccine is replaced by an acellular vaccine and it has a sixth component, the injectable polio vaccine.”

Abstract
Infanrix hexa and sudden death: a review of the periodic safety update reports submitted to the European Medicines Agency

There have been a number of spontaneous reports of sudden unexpected death soon after the administration of Infanrix hexa (combined diphtheria, tetanus, acellular pertussis, hepatitis B, inactivated poliomyelitis and Haemophilus influenza type B vaccine). The manufacturer, GlaxoSmithKline (GSK), submits confidential periodic safety update reports (PSURs) on Infanrix hexa to the European Medicines Agency (EMA). The latest is the PSUR 19. Each PSUR contains an analysis of observed/expected sudden deaths, which shows that the number of observed deaths soon after immunisation is lower than that expected by chance.

This commentary focuses on that aspect of the PSUR which has a bearing on policy decisions. We analysed the data provided in the PSURs. It is apparent that the deaths acknowledged in the PSUR 16 were deleted from the PSUR 19. The number of observed deaths soon after vaccination among children older than one year was significantly higher than that expected by chance once the deleted deaths were restored and included in the analysis.

The manufacturer must explain the figures that have been submitted to the regulatory authorities. The procedures undertaken by the EMA to evaluate the manufacturer’s claims in the PSUR need to be reviewed. The Drugs Controller General of India nearly automatically accepts drugs and vaccines approved by the EMA. There is a need to reappraise the reliance on due diligence by the EMA.                     Full Text here

The ethical dilemma – the trolley problem 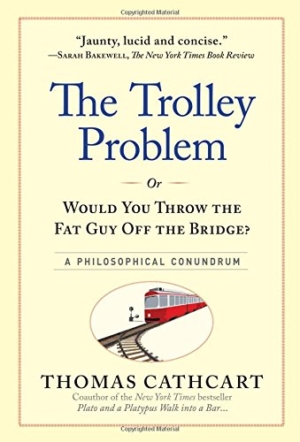 This commentary does not attempt to examine if these excess deaths after vaccination (presumed to be caused by the vaccine) can be offset by the lives saved through disease prevention owing to the vaccine.

In her classical thought experiment, called the “Trolley dilemma”, Philippa Foot asks if it is ethical to redirect a runaway trolley from a track on which it would kill five persons to another track where only one would die. (11). In a variation of the trolley dilemma, the single person on the alternative track is the child of the person who can switch the tracks.

Judith Thomson assumes that five lives can be saved with organ transplants from one healthy donor, and asks if it would be ethical to surreptitiously kill one person to save the other five (12). Ethicists argue that the end cannot justify the means.

If one glosses over the deaths after vaccination, one can prevent/delay the evaluation of the vaccine’s safety profile and this has the potential to result in more, unnecessary deaths, which is difficult to justify ethically.